So far, the UK economy is plugging along, according to the OECD Weekly Tracker (through 9/17). But (understatement of the year), challenges have arisen. 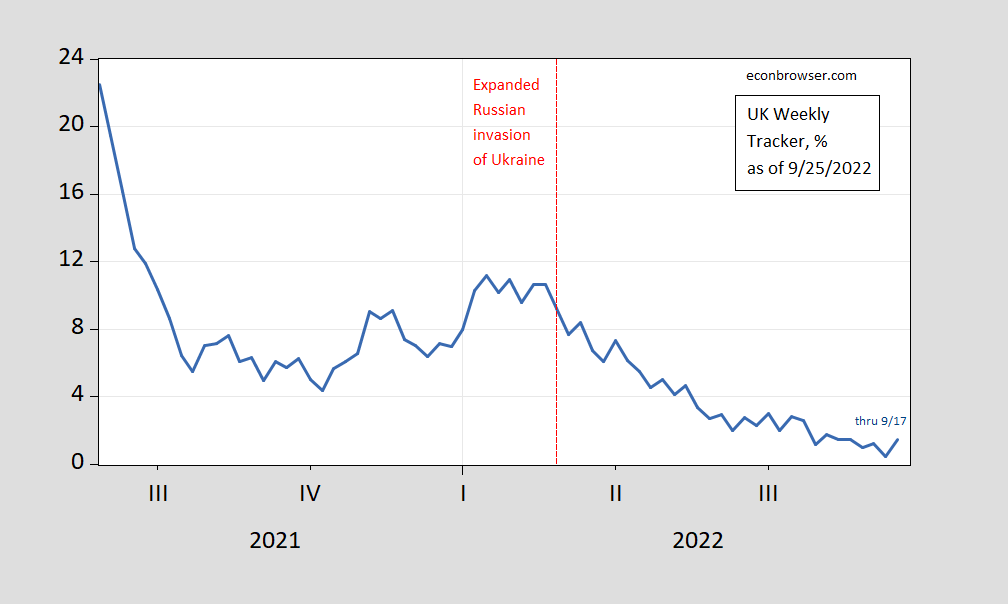 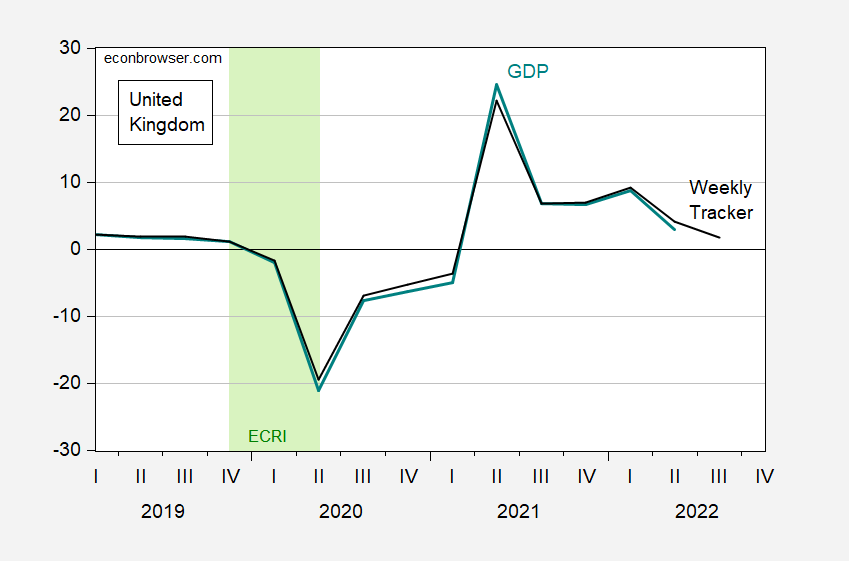 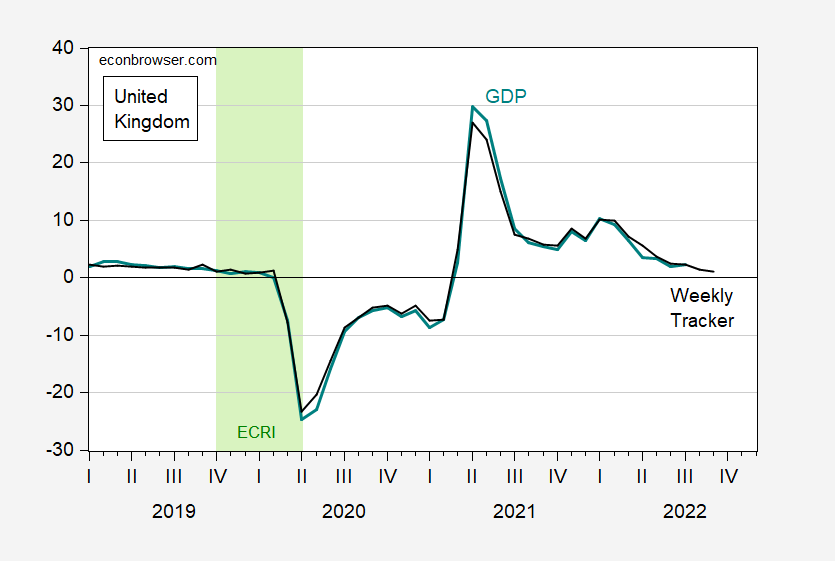 Based on Q2 negative GDP read, and its own forecasts of GDP, NIESR has already declared the UK in recession (again).

Now, what to think of the (in pretty much everybody’s view ill-conceived) fiscal plan forwarded by the new government? Well, to me, the reaction of financial markets indicates a lack of credibility, insofar as the promised results will actually occur. 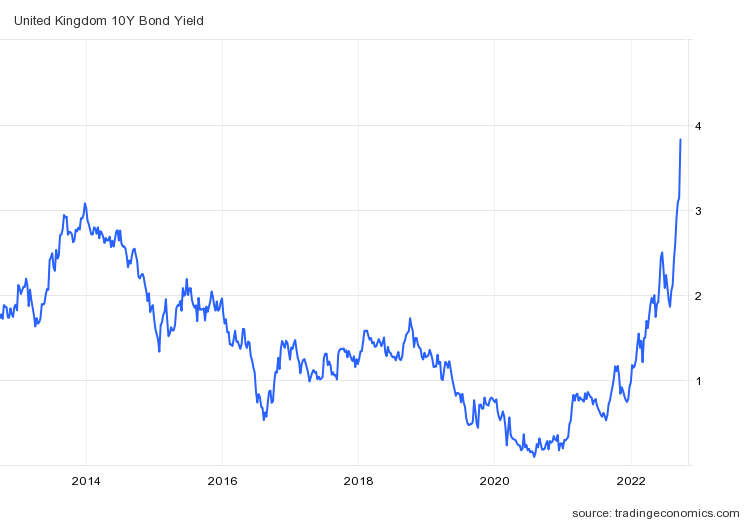 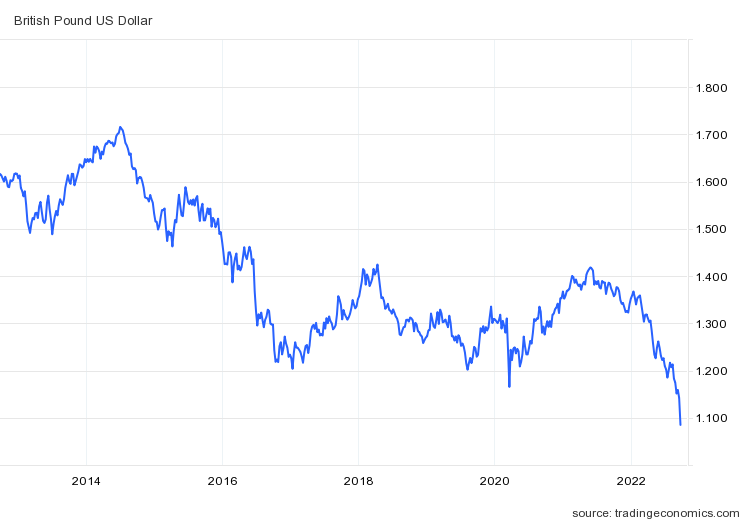 Interest rates on 10 year government bonds spiked — which makes sense to the extent that an increase in borrowing colliding with anticipated tightening monetary policy should increase yields. It’s not clear to me that the increase in yields is purely driven by expectations hypothesis of the term structure; i.e., perhaps some of the increase is due to increase in inflation risk association with nominal bonds (I don’t know where one might get estimates of inflation risk premia for UK gilts).

The drop in the pound’s value against the US dollar is counter-intuitive (at least to me) for a country with government bonds that would be perfectly substitutable with say US government bonds — i.e., a situation where uncovered interest parity would hold. However, if bonds are not perfectly substitutable, then one could resort to a portfolio balance model. The simplest version would indicate a large expected increase in bond supply would then lead to a depreciation of the currency. And that is exactly what we have seen. While the parameters of the so-called mini-budget are not too  different from anticipated, it seems that the announcement of two — rather than one — tax cuts in the context of already big budget and trade deficits is eroding credibility.

All I can say: I’m glad I don’t have to sell this fiscal package to anyone…

Oh, while the first self-inflicted wound is obvious, the second can be seen in the 2016 drop in the pound’s value (happening in June of that year). That decline in the real value of the pound means a deterioration in the UK’s terms of trade…

41 thoughts on “Weekly Economic Activity in the UK, and Two Self-Inflicted Wounds”