A reader asserts that Senator Johnson, in stating “It’s not like we don’t have enough jobs here in Wisconsin.” means that I should be reporting number of jobs, not number of people employed. However, in the previous post, I was exactly showing manufacturing and nonfarm payroll employment jobs (drawn from the Current Establishment Survey), which refer to the number of jobs, to wit: 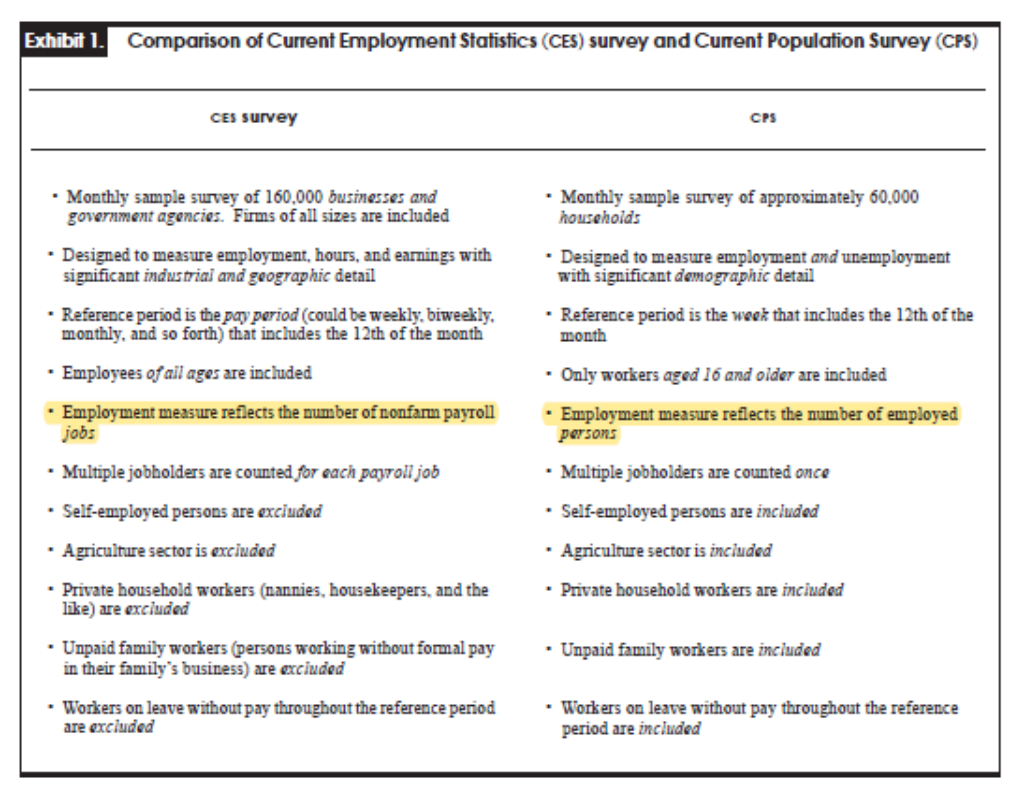 Now, the reader may believe the BLS is ill-placed to describe its own data series, but I have a little more faith. So in point of fact, in terms of jobs, it is appropriate to plot the series from the CES. (If you want the current description, see the BLS page on the differences between the survey, here).

Reader Econned then asserts without any supporting evidence that I can find:

In point of fact, Johnson just says “It’s not like we don’t have enough jobs here in Wisconsin.” He does not say “It’s not like we don’t have enough unfilled jobs here in Wisconsin.” But even taking this assertion at face value, the total number of jobs plus openings had not regained the pre-recession peak of 3157 thousand total when Senator Johnson made his remark. Rather it was far below the level consistent with the pre-recession trend. 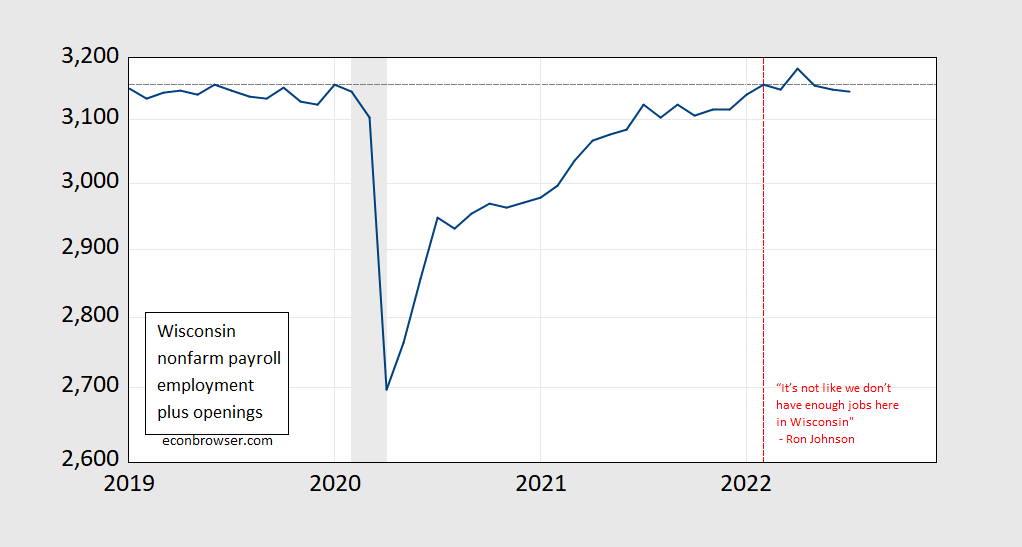 The total of CES jobs and openings was 130 thousands below the 2009M06-2020M01 trend in February 2022, when Senator Johnson made his remark (trend estimated using regression on time trend).

Reader Econned claims I should be ashamed for using jobs instead of unfilled jobs. Well, here is the total number of jobs and unfilled jobs, and a picture of how that was below pre-recession levels in 2022M02, and far below trend, when Senator Johnson made his reference to *jobs*. 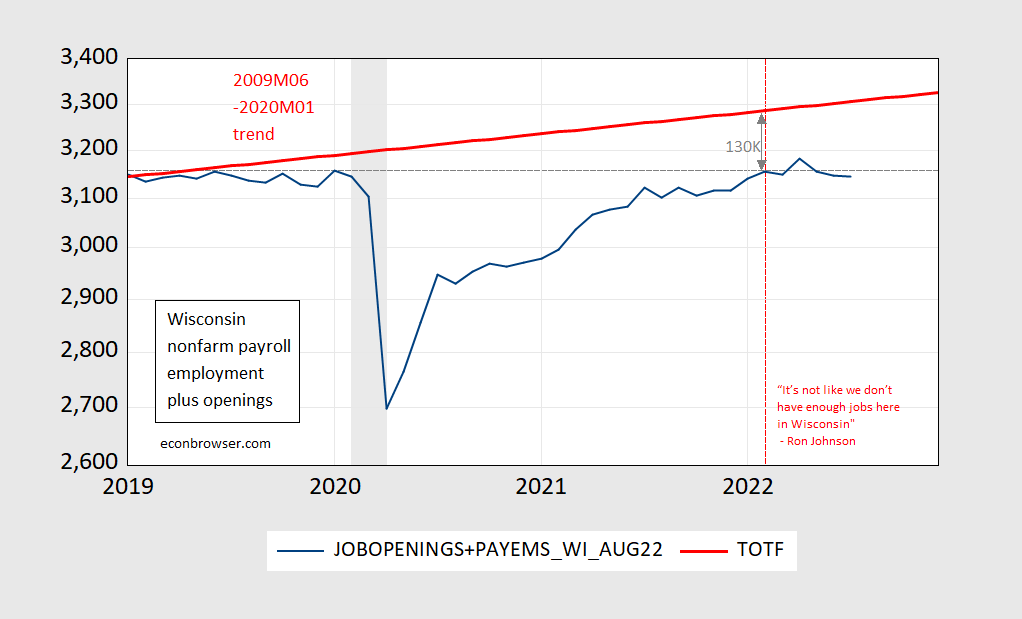 134 thoughts on “Jobs vs. Employment in the CES and CPS Employment Series”