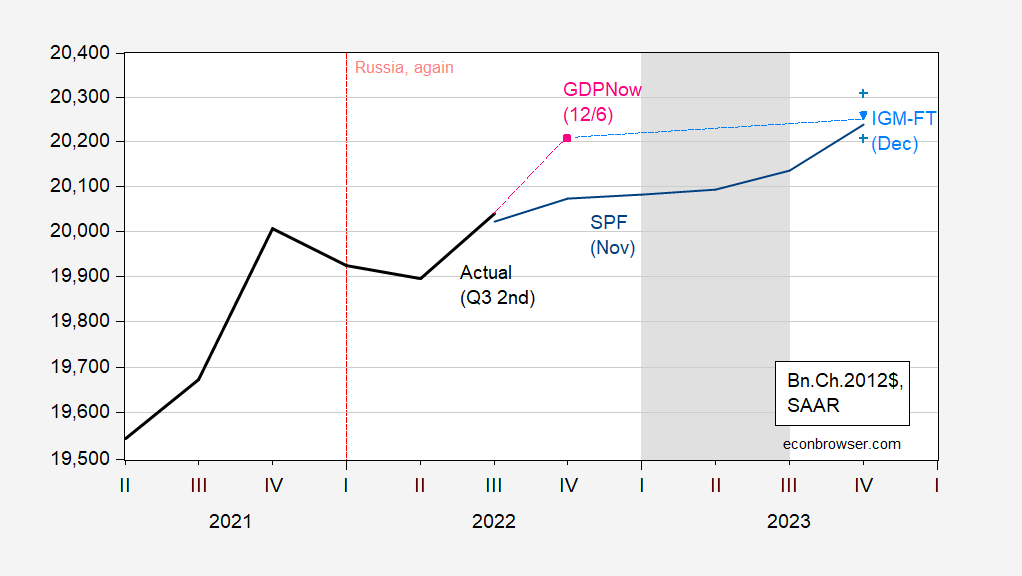 It’s hard to see the predicted recession show up in the time series, but here’s the IGM-FT survey response, showing 48% of respondents indicating 2023Q1 or Q2 as most likely recession start (note – as determined by NBER, not by the informal 2-quarter-rule). 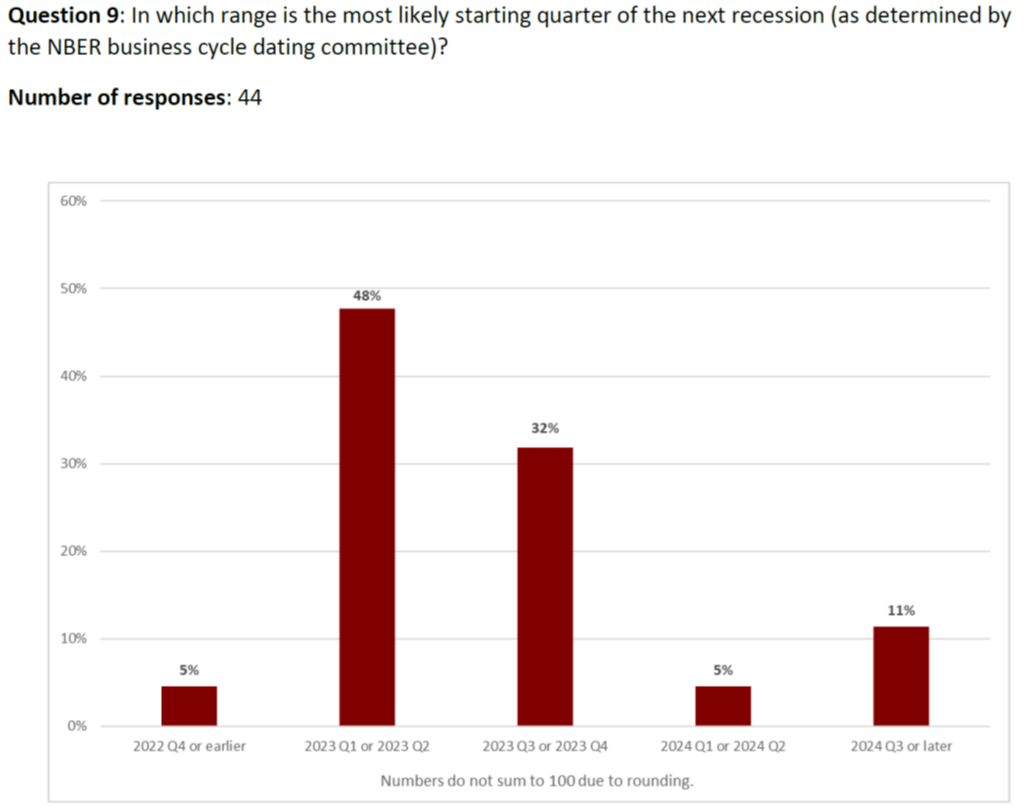 When will the Fed funds rates peak, and then be dropped? Those are questions 7 and 8: 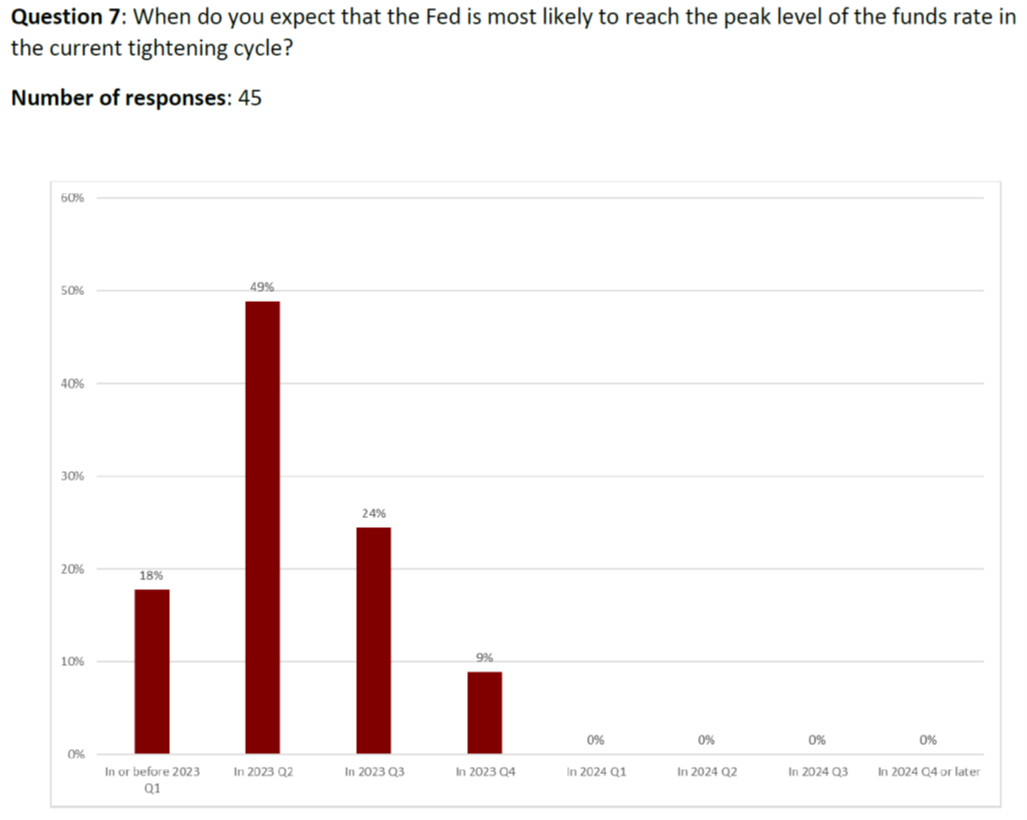 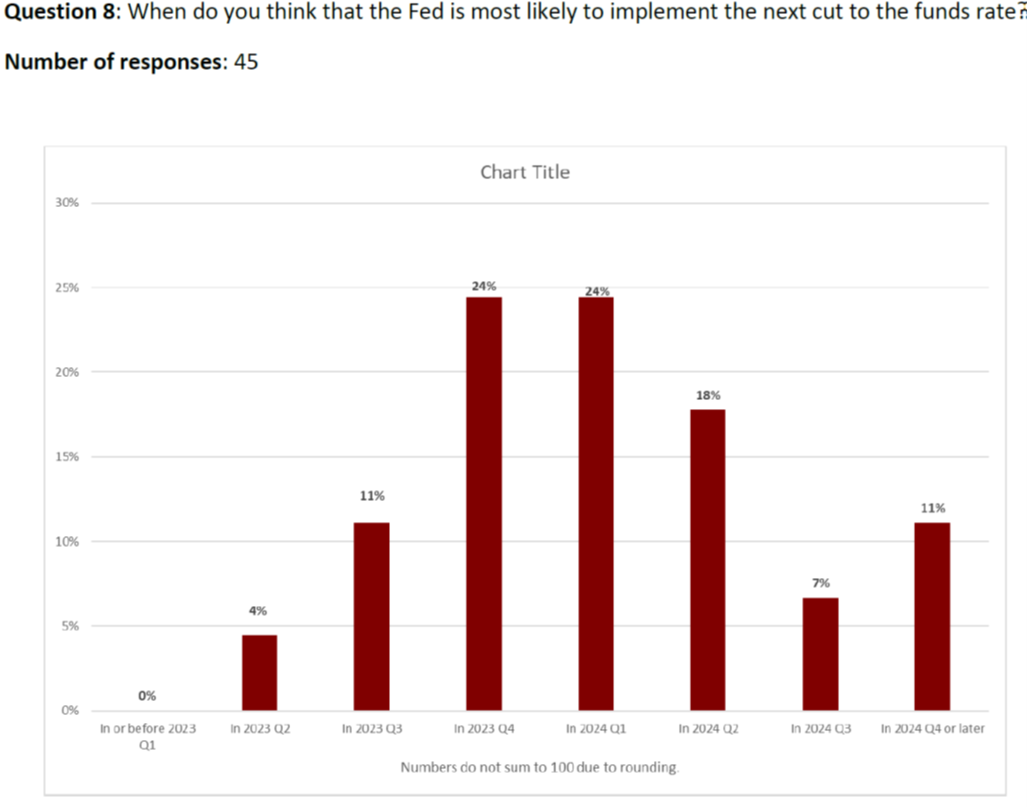 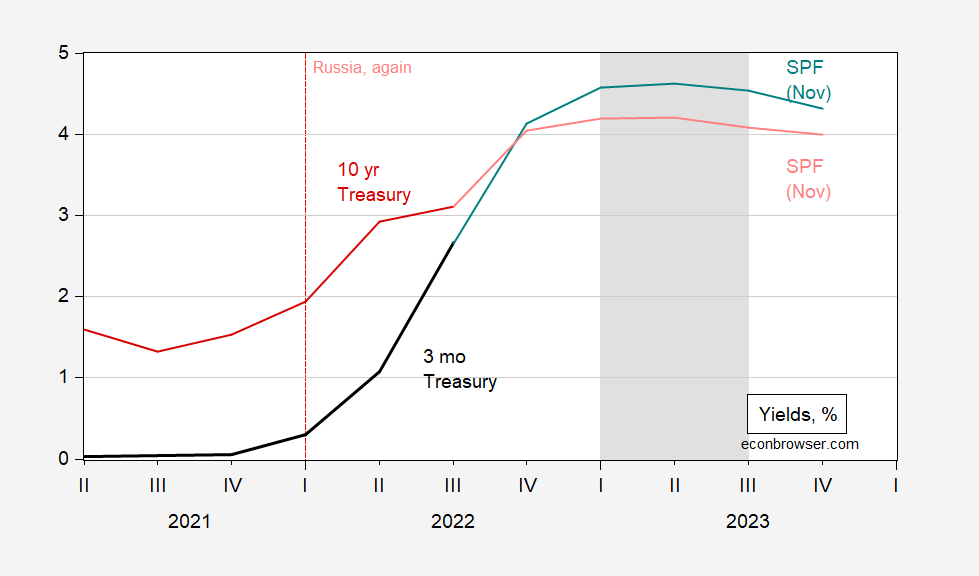 The SPF forecast includes a projection of the 10yr Treasury. The implied SPF forecast is for a 10yr-3mo spread of -0.09% in 2022Q4 (As of the first two months of Q4, is -0.03%). The figure shows a forecasted 5 quarter inversion, which is remarkably long; the inversion before the 2007 recession was only 3 quarters, that before the 2001 recession was less than 2 quarters.