The Bureau of Economic Analysis announced today that U.S. real GDP grew at a 3.0% annual rate in the third quarter. That is close to the long-term historical average of 3.1%, and better than the 2.1% we’ve seen on average since the Great Recession ended in 2009. 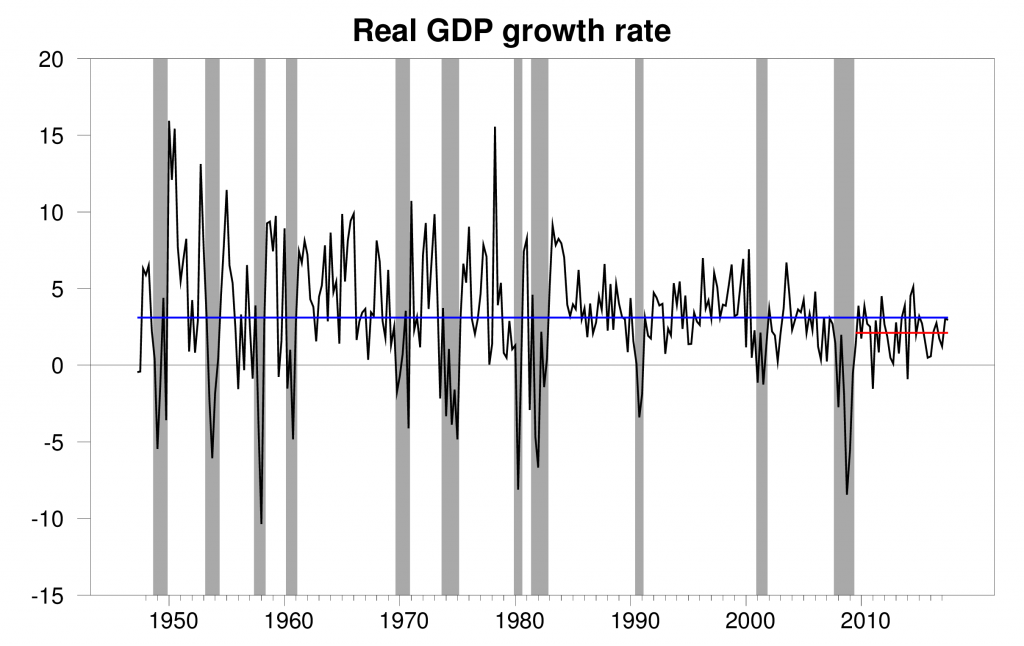 Solid growth over the last two quarters has brought our Econbrowser Recession Indicator Index down to 3.3%. The U.S. remains clearly in the expansion phase of the business cycle. 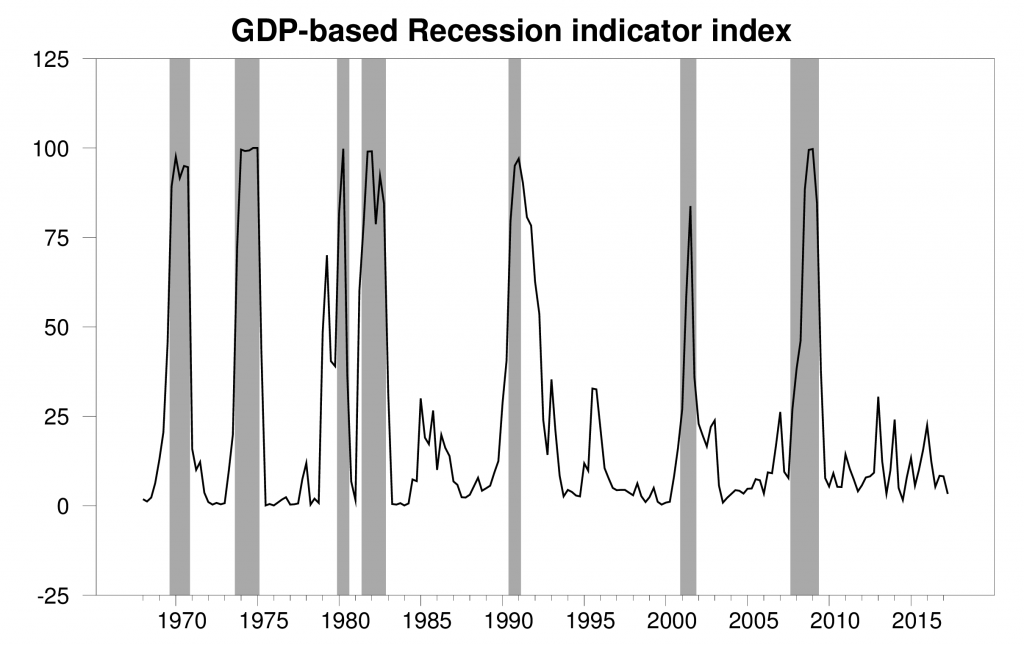 GDP-based recession indicator index. The plotted value for each date is based solely on information as it would have been publicly available and reported as of one quarter after the indicated date, with 2017:Q2 the last date shown on the graph. Shaded regions represent the NBER’s dates for recessions, which dates were not used in any way in constructing the index, and which were sometimes not reported until two years after the date.

About a fourth of the growth in GDP came from inventory accumulation, with real final sales only up 2.3% at an annual rate. Inventory estimates are subject to significant revision and gains there should not be expected to be repeated. Nonresidential fixed investment continues to help, with 3/4 of the 2017:Q3 growth in nonresidential fixed investment coming from purchases of new equipment. Housing still isn’t making a positive contribution. 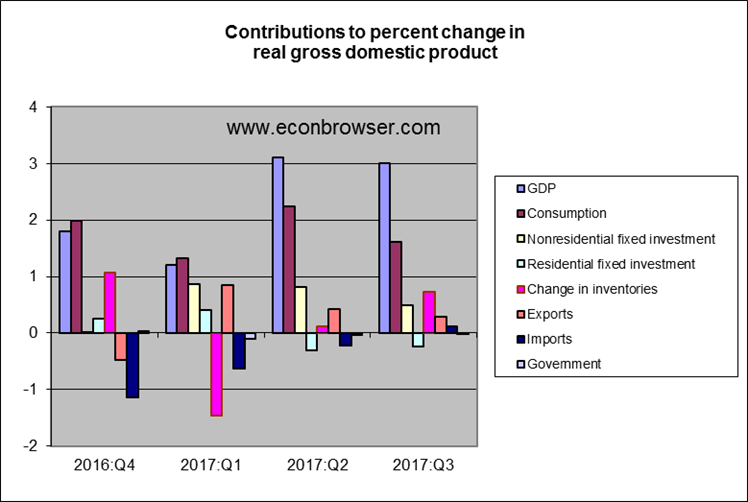