Several people have asked me if the flattening yield curve is a warning of impending weak growth or even a recession. My answer is not yet. Here’s why.

Usually long-term bonds offer a higher yield than short-term bonds, a feature described by the yield curve, which plots the interest rate on bonds as a function of maturity. The slope of the curve is often summarized by the spread between the yield on a 10-year U.S. Treasury security and a 3-month Treasury bill. A lot of economic research has concluded that if that spread becomes lower, it may predict slower economic growth. If the spread becomes negative, that is, if a 3-month T-bill offers a higher yield than a 10-year bond (referred to as an “inverted” yield curve), it’s as useful a predictor of a pending economic recession as we have. 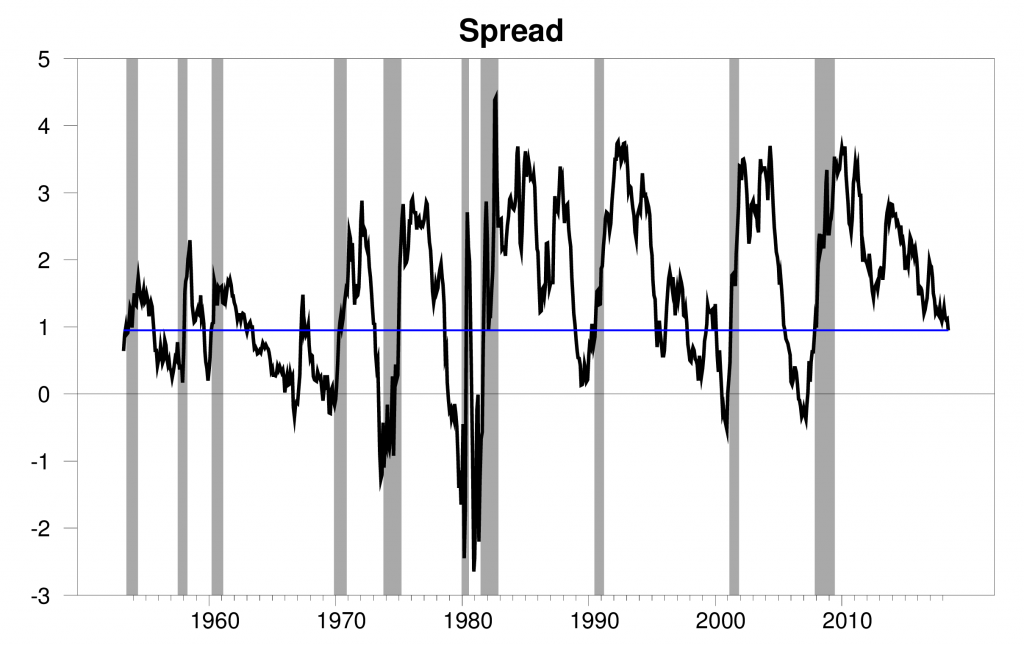 The spread has declined significantly since the end of the Great Recession, and now is down to 95 basis points. That’s below the historical average around 150 bp, but not that much below. In about a third of the months since 1953, the spread has been that low or lower.

Why does a low or negative spread predict future economic weakness? One factor may be the Fed’s tightening cycle. Historically the inflation rate would at times start climbing above where the Fed wanted it. The Fed responded by raising the short-term rate, the traditional instrument of monetary policy. The market response of long-term rates to the higher short rates was significantly more muted. The result is that the yield spread narrowed as the tightening cycle continued. The Fed often found itself behind the curve, and the last short-term rate hikes were likely a contributing factor to some historical economic recessions. 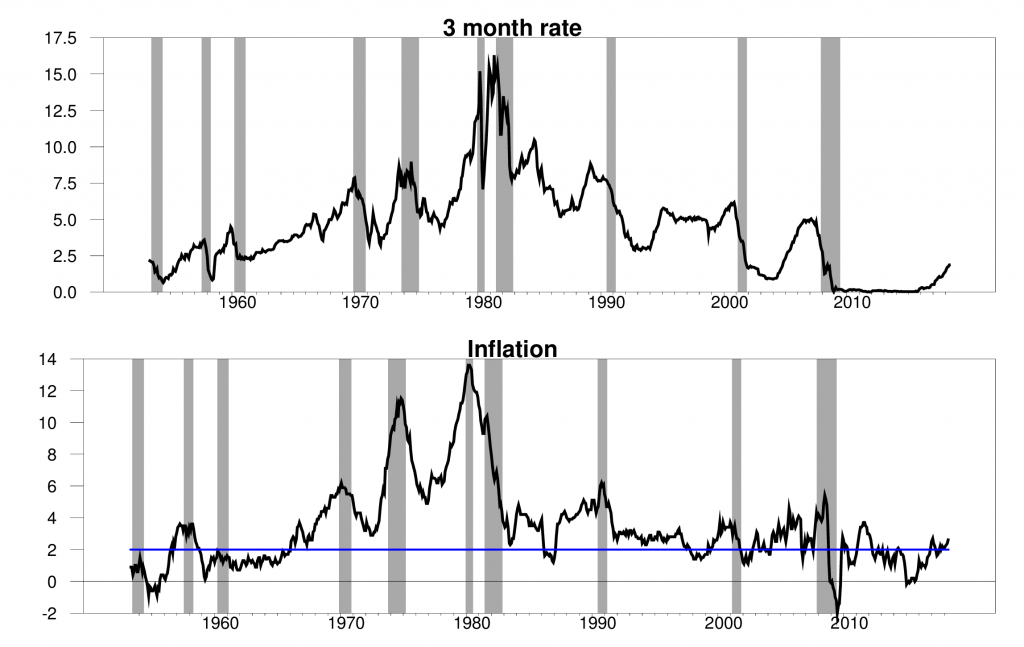 But we’re still very early in the current tightening cycle. The 3-month Treasury bill has not gone up so far by nearly as much as it did in previous complete cycles, and inflation is still very moderate. So I don’t think it’s time to run for cover just yet.

However, if the Fed were to raise the short rate by another 100 basis points without any move up in long rates, we would be into inverted territory, and I would be very concerned.

Not a danger sign yet, but definitely an indicator to keep watching.

96 thoughts on “Worries about the yield curve”