There are, of course, a variety of estimates which differ depending upon assumptions regarding the time horizon, parameter values, and most importantly, whether the tax cuts are accomodated by reductions in future government spending or increases in future income taxes. The report admirably lays out the range of results for many configurations. Some are laid out in Table 3. The 0.7 percent deviation from baseline cited in the 2007 MSR is in the top right hand corner element, under “Financed by Decreasing Future Government Spending” (recent history has not been too supportive of this possibility, though). This estimate is for the case where capital gains and dividend tax rates are reduced, reduce top 4 ordinary rates, and make permanent 2001 and 2003 tax reductions. 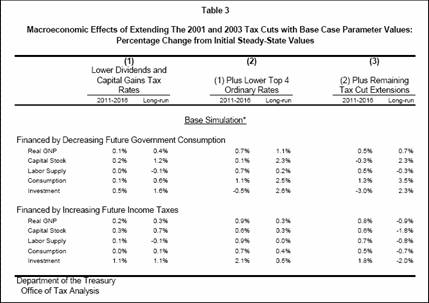 Table 3 from Office of Tax Analysis, “A Dynamic Analysis of Permanent Extension of the President’s Tax Relief,” U.S. Treasury, July 25, 2006.


Of course, the astute reader will note that if taxes are raised in the future to finance the tax cut, then GNP will eventually be 0.9 percent lower than steady state baseline. Table 4 indicates that — for the future government spending reduction case — low and high responsiveness parameters lead to increases in GNP of between 0.1 and 1.2 percent relative to initial steady state, respectively. 0.7 percent is approximately in the mid-point of the range bracketed by these two estimates. The future tax increase estimate is unchanged across parameter value configurations.s 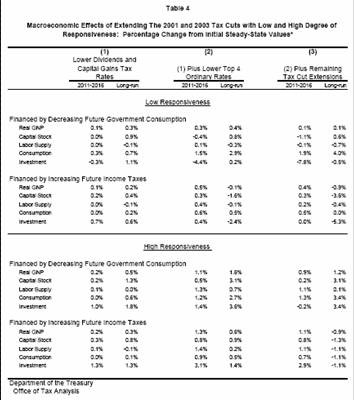 Table 4 from Office of Tax Analysis, “A Dynamic Analysis of Permanent Extension of the President’s Tax Relief,” U.S. Treasury, July 25, 2006.


Note a similar diversity of effects is recounted in the CBO’s analysis, How CBO Analyzed the Macroeconomic Effects of the President’s Budget, July 2003, (Table 9), cited in my previous post on this subject. (By the way, the “Division on Dynamic Analysis” is in the President’s budget proposal for FY2007.)

The media and the blogosphere are focused on this issue. The Washington Post has an article reporting on the study here.
Economist’s View has an excellent review of various media reports on the subject, and a query regarding the model. Greg Mankiw posts his WSJ oped co-authored with Treasury DAS Robert Carroll.

Older coverage of the estimate cited in the MSR can be found here.

Parting shot: It is important to understand that there is no welfare calculation undertaken, despite the fact that under certain conditions, GNP is higher than under baseline. That is because undertaking a welfare analysis would require taking a stand on the utility associated with government spending on goods and services. So even if one were to take the Treasury’s high end estimate for the long run steady state effect, the answer to the question of whether tax cuts are desirable depends upon the utility associated with spending on civil servant wages, bridges, and body armor.