In this post, Keith Hennessey takes issue with President Obama’s assertion there were spiraling deficits during the President G.W. Bush years. He presents this graph. 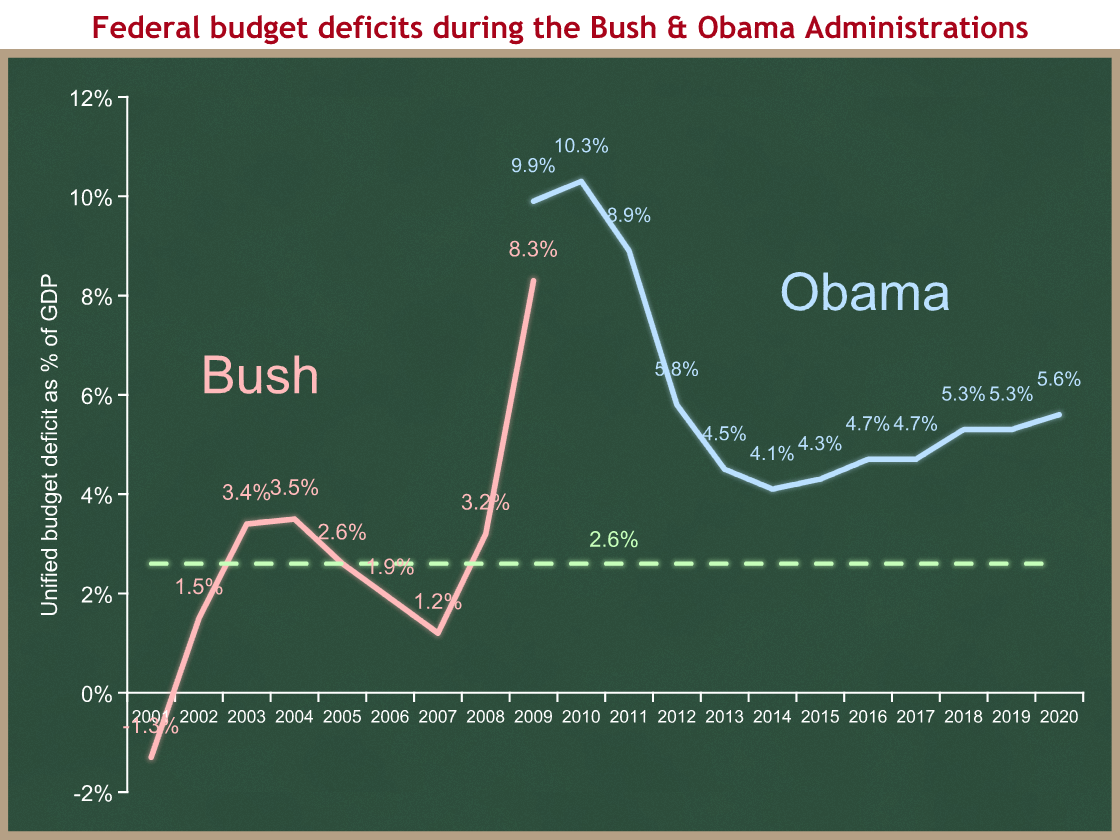 
Well, I think context is everything. When people talk about spiraling deficits, they often compare against time past, which is something Mr. Hennessey did not do. So I’m going to do it (using cyclically adjusted budget balances, from the CBO). This is the resulting picture.


Note that some may object that the ARRA was a Democratic initiative, and the impact on the deficit should not be attributed to the Bush Administration. Taking out the ARRA (using quarterly figures from this CEA report) indicates the average cyclically adjusted balance over the FY2002-09 period was -0.0258 instead of -0.0273.

34 thoughts on “A Comment on Keith Hennessey’s Deficit Defense”