The third release of 2013Q1 GDP suggests even more tepid growth than originally thought. Government spending at all levels, state/local, and both Federal defense and nondefense, is deducting from growth (in contrast to the previous two recoveries). 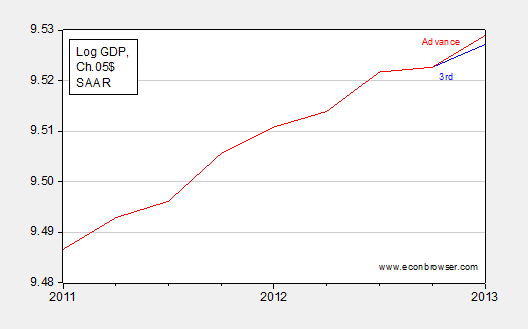 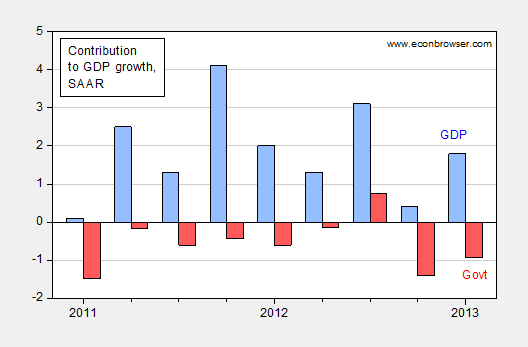 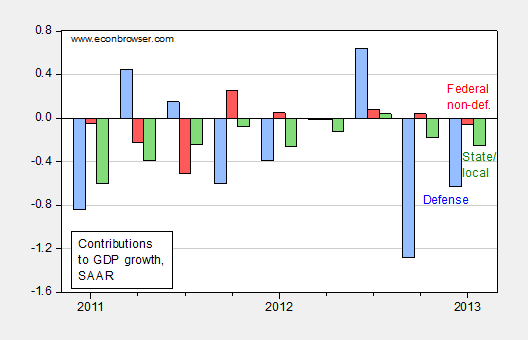 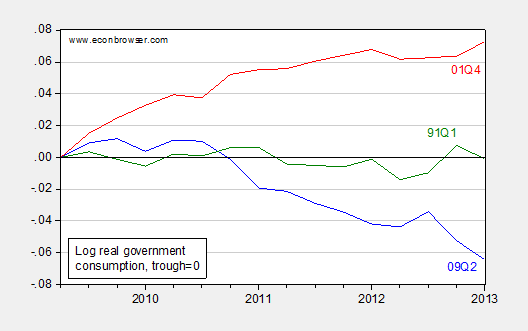