After the failure of the Republican effort to defund the Affordable Care Act, what is the net macro effect? According the IHS-Global Insight, and S&P [1], 0.6 ppts were shaved off 2013Q4 GDP growth (SAAR). S&P puts a dollar figure to this impact — $24 billion in lost output.

As IHS-Global Insight notes [not online], while Treasurys are rallying, “yields on 1-, 3-, and 6-month T-bills could stay elevated (relative to September levels) since the debt-ceiling will have to be raised again in February.” Moreover, “We further estimate that the spike in short-term yields this week will add another $114 million to the federal debt in higher interest costs from this week’s T-bill auctions.” (That’s the instantaneous effect; recall that GAO estimated that pulling to the brink in 2011 cost $1.3 billion in elevated interest costs in FY2011 alone. [2] The Bipartisan Policy Center estimated the ten year cost of that event at $18.9 billlion. [3] 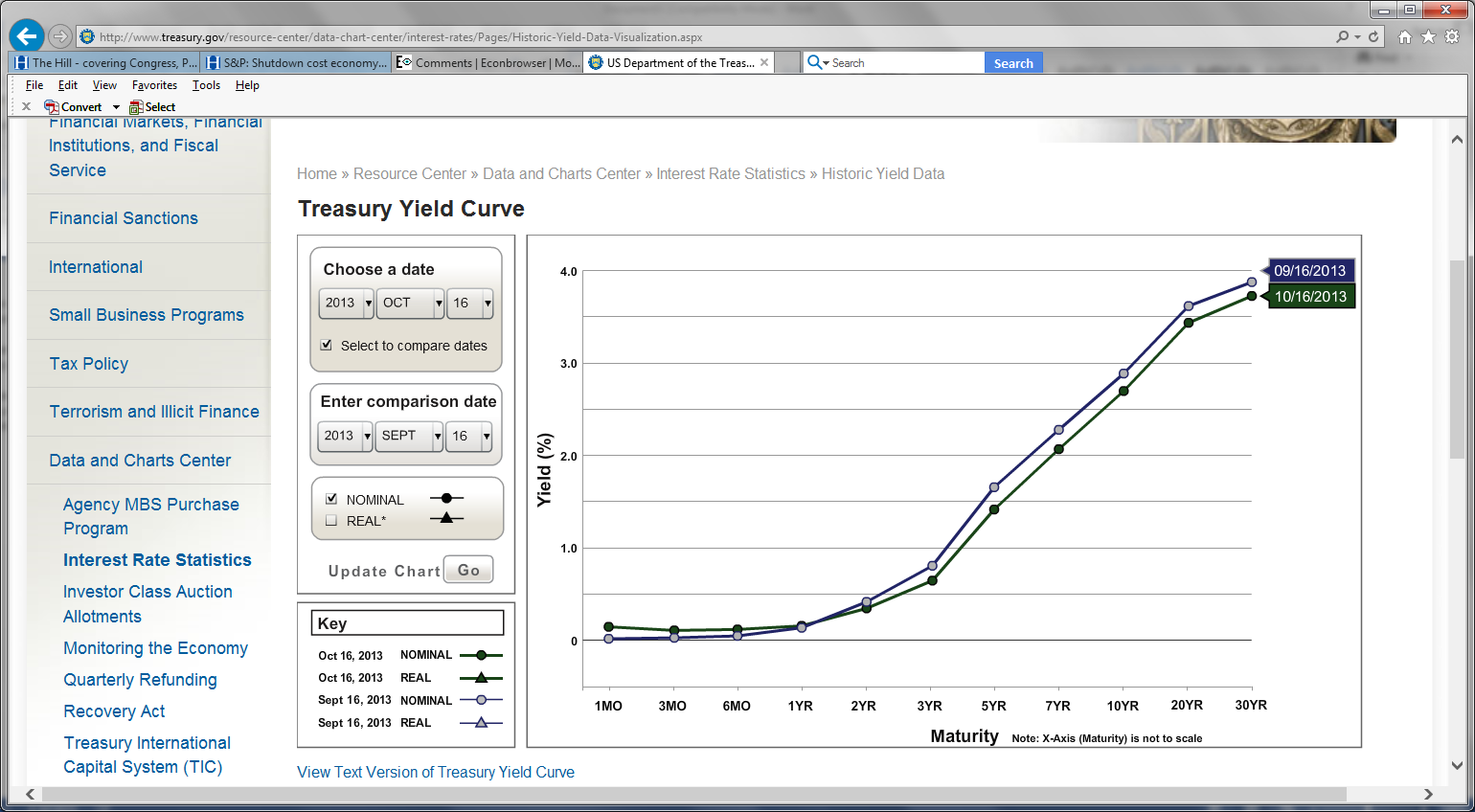 
Note that the short rates are indeed higher than they were a month ago. Not surprising, since in February, we’ll be back at (roughly) the same place.

If indeed we face a similar bout of brinksmanship (perhaps it’ll be about defunding Medicare next time), then this will not augur well for the future.

Update, 10/17, 7:45AM Pacific: Macroeconomic Advisers has estimates of 1% off growth for three years, due to crisis-driven fiscal policy overall; Paul Krugman critiques and provides his own estimates.

Sudeep Reddy at WSJ RTE surveys the estimates of the damage.

115 thoughts on “The Aftermath”