BLS reports nonfarm payroll employment up by 192 thousand, and prior months revised up. 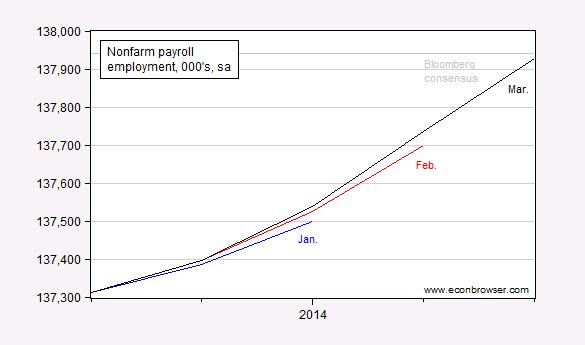 4 thoughts on “Employment Growth Up”