Estimates of monthly GDP indicate a rebound. So too do forecasts.

Figure 1 depicts GDP as reported in the BEA’s 2014Q1 advance release, the mean forecast from the WSJ May survey, and two monthly real time series. 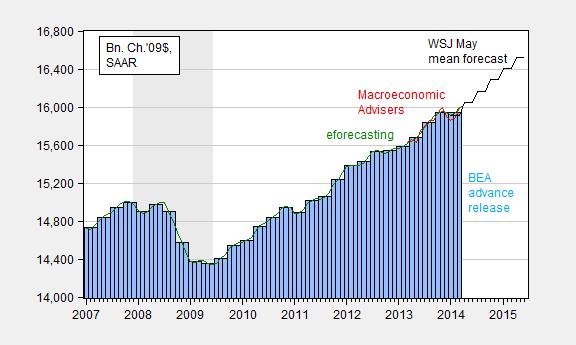 Note that eforecasting’s index for April is in line with the WSJ mean forecast for 2014Q2. Here is a more detailed look at the WSJ forecast, placed in the context of potential GDP. 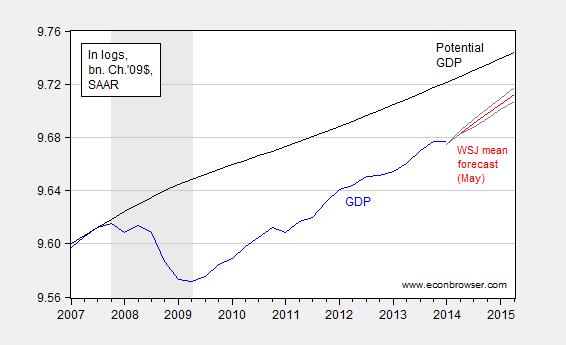 Note that the mean forecast indicates a -3.2 percent output gap as of 2015Q2; even with the trimmed high forecast, the gap would be -2.7 percent (both in log terms). This suggests that we are nowhere near a rapid surge in inflationary pressures.