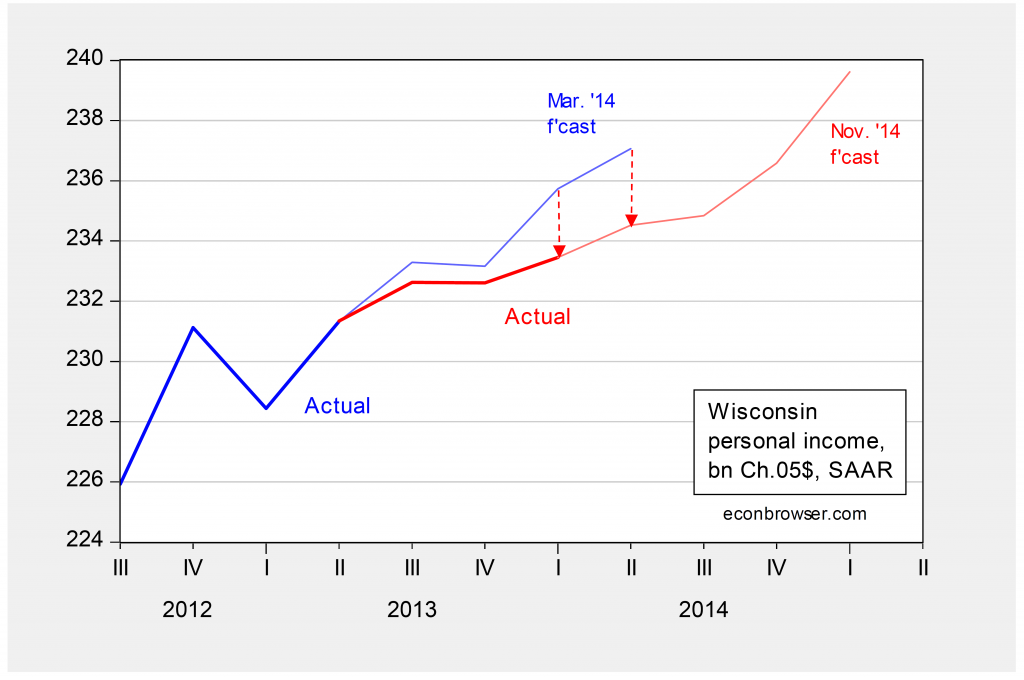 For a discussion of the employment outlook, see this post.

The mark down in prospects makes sense once one sees the trajectory of Wisconsin economic activity, as measured by the Philadelphia Fed’s coincident indices (October figures released today): 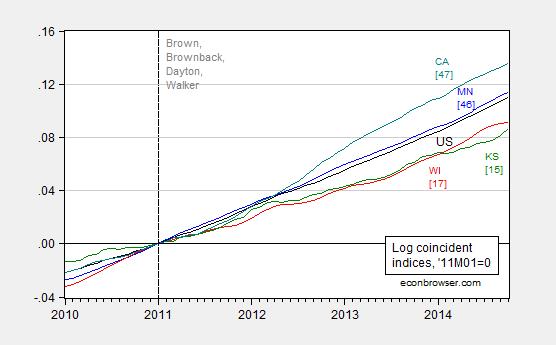 According to this measure, the cumulative growth gap between Wisconsin and the US (and Minnesota) is again widening.

The ramifications of the downgrade in economic outlook are clear. From Jon Peacock/Wisconsin Budget Blog:

State officials confirmed today what we have feared for many months – that Wisconsin’s spending needs in the next biennium far exceed the projected revenue, and the state must also close a very substantial budget hole in the current fiscal year. As a result, lawmakers are likely to make cuts that have harmful consequences for Wisconsin children and families and for the investments needed to keep Wisconsin economically competitive.

Despite the assurances of Walker administration officials over the last couple of months that the state is in strong fiscal shape, the figures contained in a report released by the Department of Administration (DOA) today confirm that balancing the state budget in 2015-17 will require very deep spending cuts or significant tax increases. Specifically, the DOA document reveals the following:

It is interesting to identify the sources of this shortfall. Most of it was not a failure in forecasting; rather it’s mostly due to the decision to cut taxes, and the refusal to take Federal funds associated with Medicare expansion.

29 thoughts on “Downgraded: The Macro Outlook in Wisconsin”