Wisconsin employment in May. (Update 6/23 to include growth decomposition)

Today, Wisconsin’s Department of Workforce Development released monthly estimates (in addition to the QCEW figures discussed in this post). 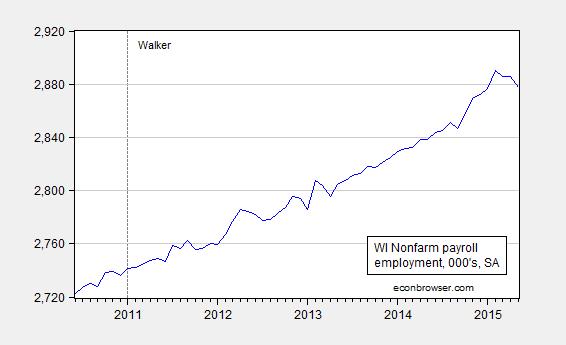 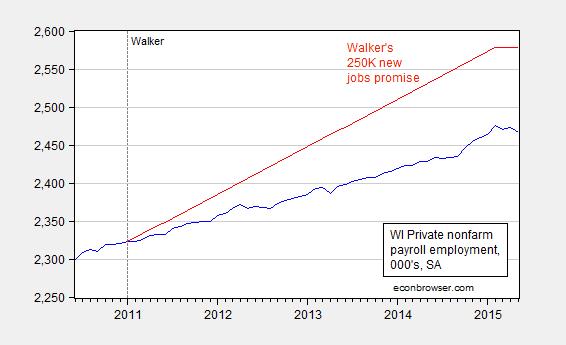 Since the employment figures are based on surveys, I would take the last eight months of data with a grain of salt. However, a downward trend over the last three observations suggests at a minimum some sort of slowdown.

Update, 6/23 9am Pacific: Here is a decomposition of changes in employment, by industry. 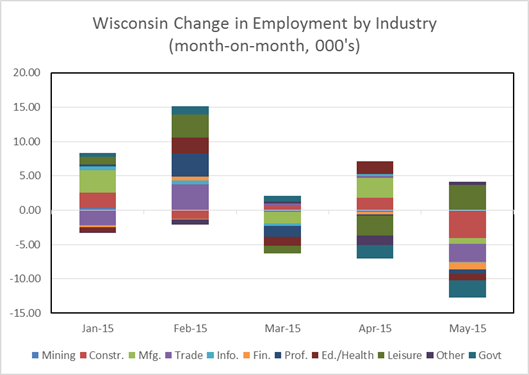 One interesting aspect is that trade, transportation and utilities accounts for a noticeable share of the May employment decrease. On the other hand, manufacturing does not account for a large share, suggesting the strength of the dollar is not central to the Wisconsin story.