Rather than trying to draw conclusions from imperfect aggregate or survey data, the Chase study is based on the anonymized credit or debit card transactions of 25 million individuals over these two periods of high versus low gasoline prices. They found huge differences across individuals in terms of how important gasoline is for their budget. A typical household was spending $101 a month on gasoline back when gas prices were high. For the highest-spending quintile, that number was $359/month, whereas for the lowest quintile it was only $2/month. And spending on gasoline is a much bigger fraction of the budget for lower income households.

Spending on gasoline by different income quintiles and age groups (total dollars and as a percent of percent of income). Source: JP Morgan Chase Institute.

I and others have tried to infer the effects of lower gasoline prices on consumer spending by looking at aggregate consumption spending. But using their detailed data set the Chase researchers were able to come up with a more satisfying answer. The basic idea is to compare how much spending on other items changed between the high gas price and low gas price periods for those who had been spending a large amount on gasoline with those who had been spending a low amount on gasoline. Economists refer to this as inference based on difference in differences. The Chase researchers found 73 cents in extra spending on other items for every dollar saved at the gasoline pump. Restaurants and groceries were the two biggest areas where spending was observed to increase.

One limitation of the data set is that most car purchases are not done with credit cards. We know from the aggregate data that increased car purchases are a big component of the consumer response to lower gasoline prices. Thus the total extra spending is likely to be significantly higher than the 73% measured directly.

The evidence thus is that consumers were indeed responding to the most recent price declines the same way they usually did, namely, by spending most of the windfall. The fact that we don’t see this as clearly in the aggregate data suggests that the economy has been facing other headwinds that partly offset the stimulus from lower gasoline prices.

Another consumer response to lower gasoline prices is increased consumption of gasoline itself, though these adjustments take more time to develop. U.S. vehicle miles traveled, which had been stagnant while gas prices were high, have since resumed their historical growth. 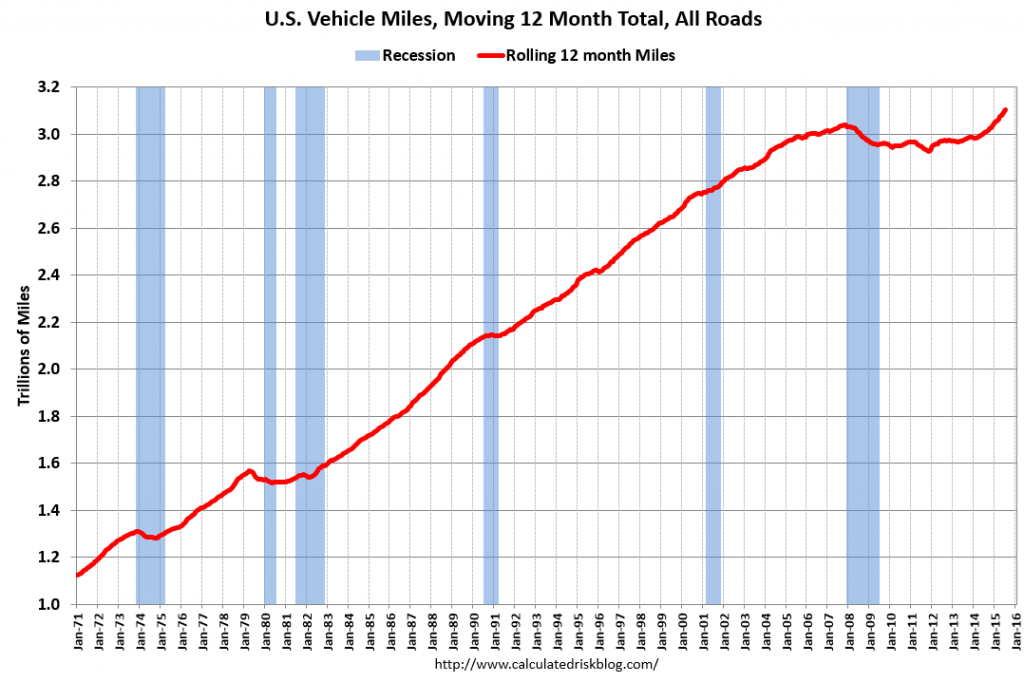 And the average fuel efficiency of new vehicles sold in the United States, which had been improving steadily through most of 2014, has fallen with oil prices. 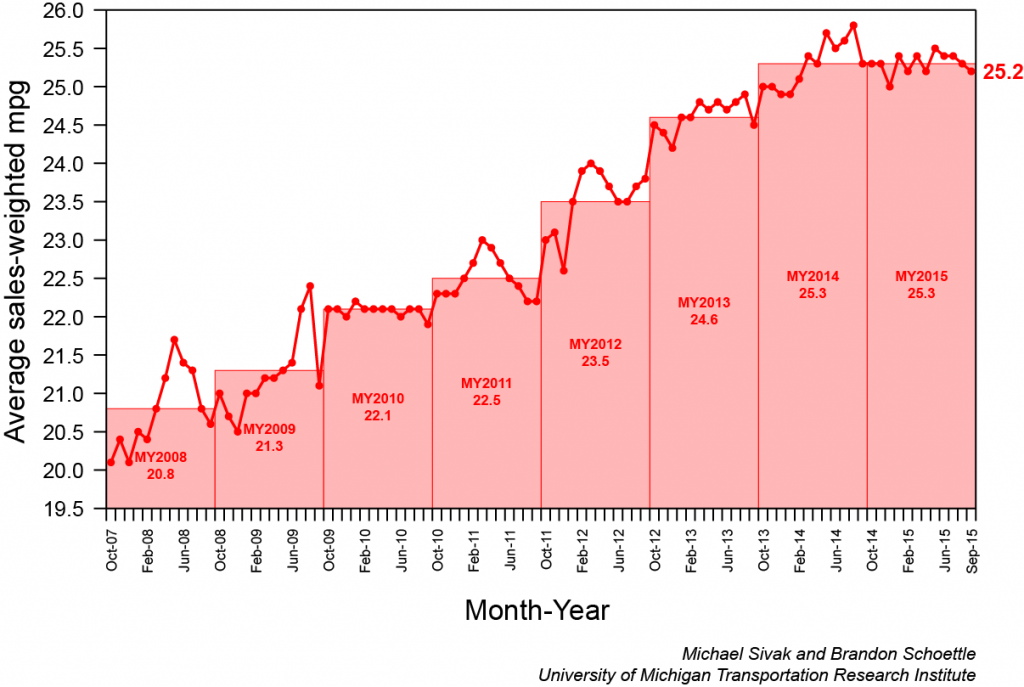 19 thoughts on “How do consumers respond to lower gasoline prices?”