From “The shocks matter: improving our estimates of exchange rate pass-through,” by Kristin Forbes, Ida Hjortsoe and Tsvetelina Nenova:

We propose a new focus: incorporating the underlying shocks that cause exchange rate fluctuations when evaluating how these fluctuations ‘pass through’ into import and consumer prices.

We show that in a standard open-economy model the relationship between exchange rates and prices depends on the shocks which cause the exchange rate to move. Then we develop an [Structural Vector AutoRegression] SVAR framework for a small open economy that relies on both short-run and long-run identification restrictions consistent with our theoretical model. Applying this framework to the United Kingdom, we find that the response of both import and consumer prices to exchange rate fluctuations depends on what caused the fluctuations. For example, exchange rate pass-through is relatively large in response to domestic monetary policy shocks, but smaller in response to domestic demand shocks. This framework helps explain why pass-through can change over time, including why sterling’s post-crisis depreciation caused a sharper increase in prices than expected and sterling’s recent appreciation has had a more muted effect.

The impulse response functions for the various shocks are summarized in the paper’s Figure 5. 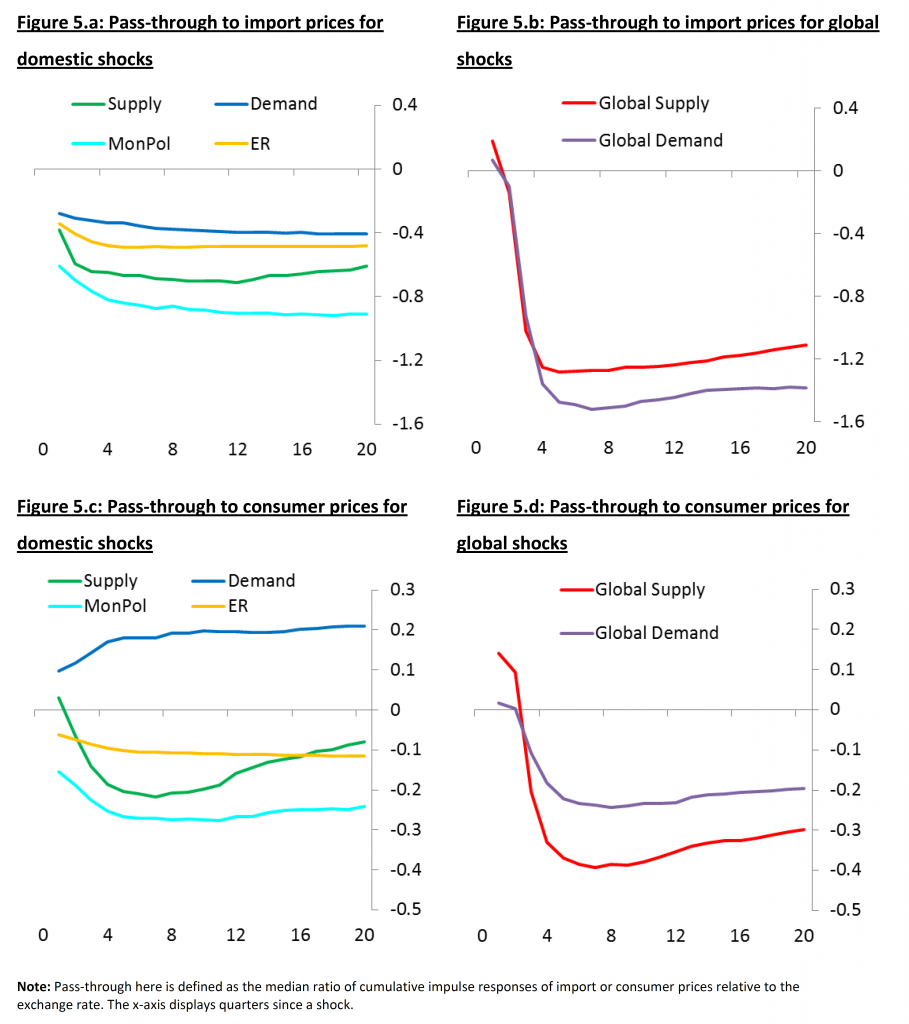 Most of my previous posts on exchange rate pass through have taken exchange rate changes as largely exogenous (which seemed reasonable given the difficulty in predicting differenced exchange rates); see this post. Maybe time for a re-evaluation.