Here are two figures, with data updated to 6/12. 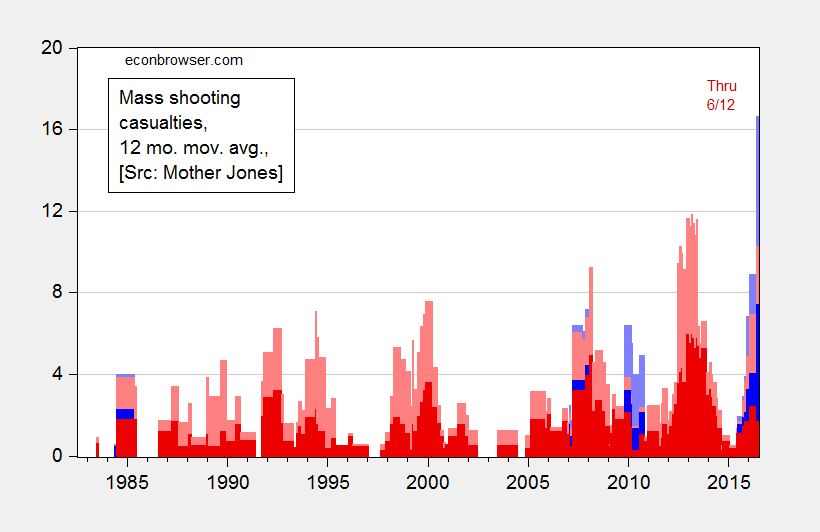 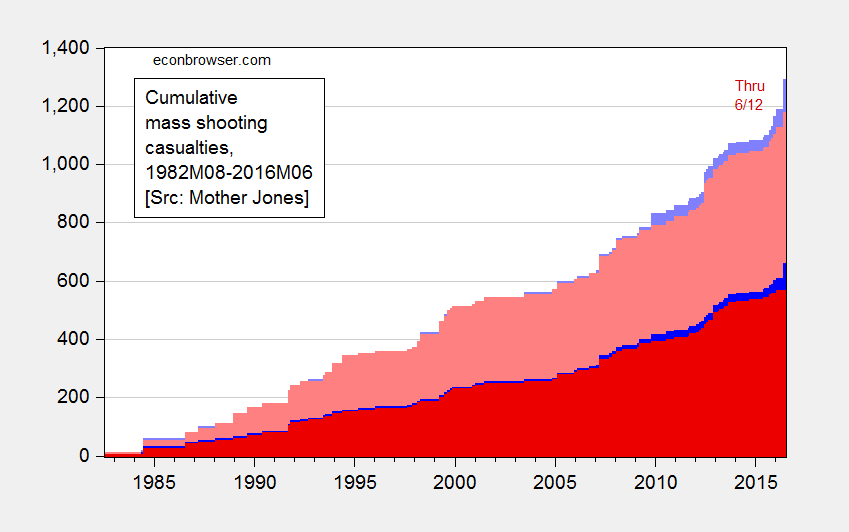 Donald Trump asserts we should be profiling Muslims because of the events in San Bernadino. Here are some statistics on casualties from mass shootings, disaggregated by religion of perpetrator (Muslim vs. non-Muslim). 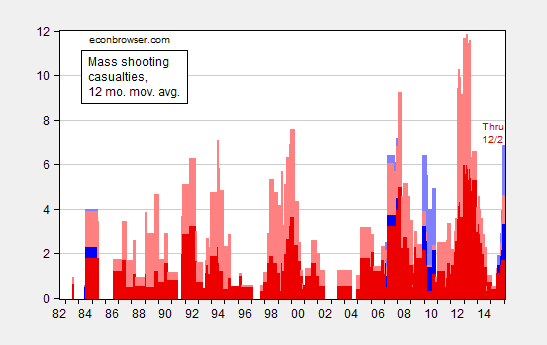 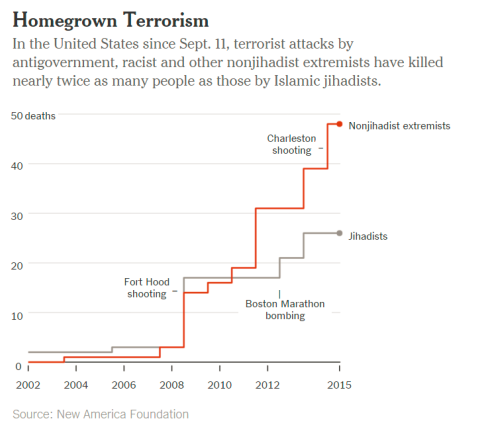 80 thoughts on “Mass Shooting Casualties, by Religion of Perpetrator: Muslim vs. Non-Muslim”