One constraint on devaluation as a means of stimulating the economy comes from the balance sheet. When there is a big stock of external debt denominated in foreign currency, a devaluation increases the amount of debt evaluated in domestic currency terms, potentially driving some firms into insolvency. How does China look in these terms? 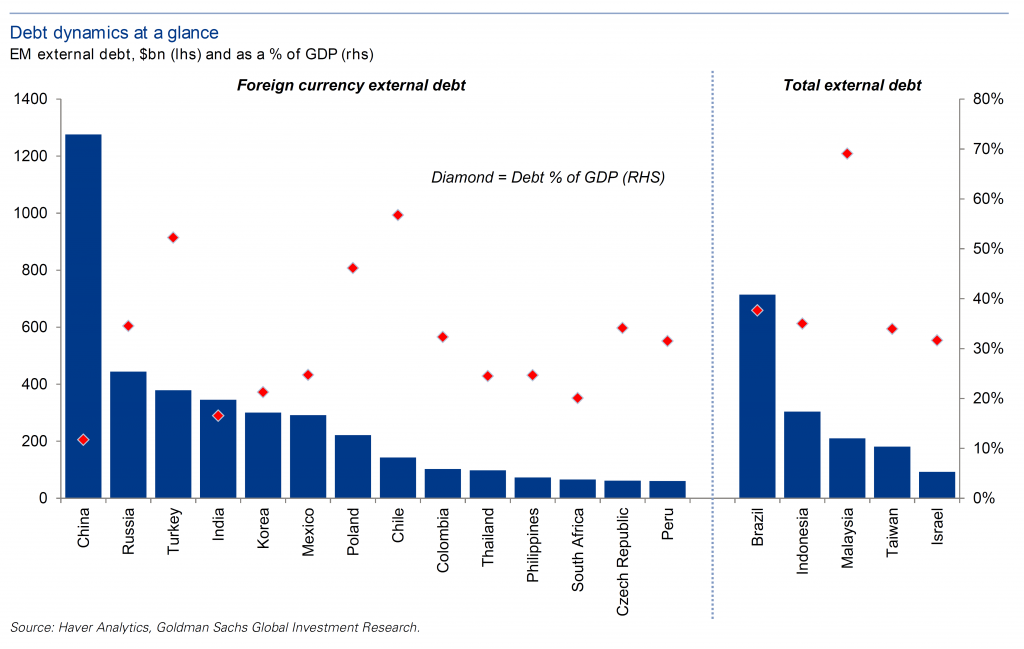 The foreign currency debt expressed as a ratio to GDP does not seem particulary extreme. In addition, Maasry notes:

[W]hen offshore borrowings are included, China’s total external debt totals an estimated $2.1tn as of end-2Q15 (latest figures), or 20% of GDP, with 60% of total external debt ($1.28tn), or 12% of GDP, listed in foreign currency. When including onshore FX loans, the total amount of
FX debt borrowed by China’s corporate sector as of mid-2015 jumps to $1.8tn. Although this figure is sizeable, net FX debt (after deducting the corporate sector’s FX assets) is only $793bn…