The employment release (see also [Duy/Economists View]) provided some interesting insights into how manufacturing has fared, in the wake of the appreciation of the dollar (and the slowdown in the world economy).

In particular, manufacturing employment growth registered at the high end of the range experienced over the past year, as noted by Furman/CEA. 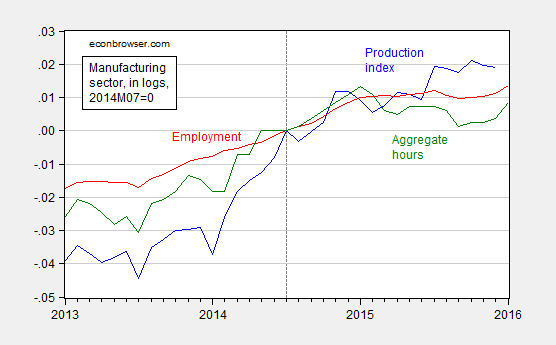 Note that while employment is above the most recent peak, aggregate hours is not. Furthermore, the dollar has appreciated on a broad basis by 17.7% (log terms) since 2014M07, and the lagged effects are yet to fully appear. 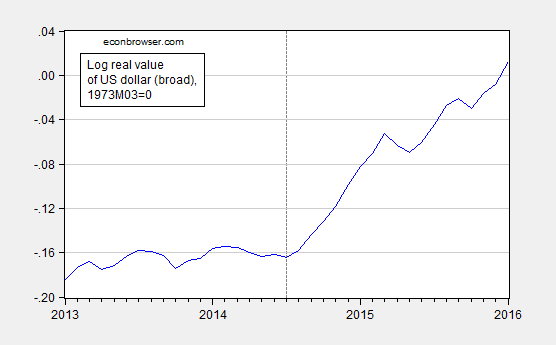 Hence, the question in my mind is how long this seeming resilience (keeping in mind all recent data entries will be revised) will persist; the ISM PMI continues to signal manufacturing contraction [1]. Maybe a Plaza Accord II, if effective, wouldn’t be such a bad idea. Absent that, further deferral of monetary tightening makes (a lot of) sense.