Our GDP-based recession indicator index is now available from FRED, the database maintained by the Federal Reserve Bank of St. Louis. 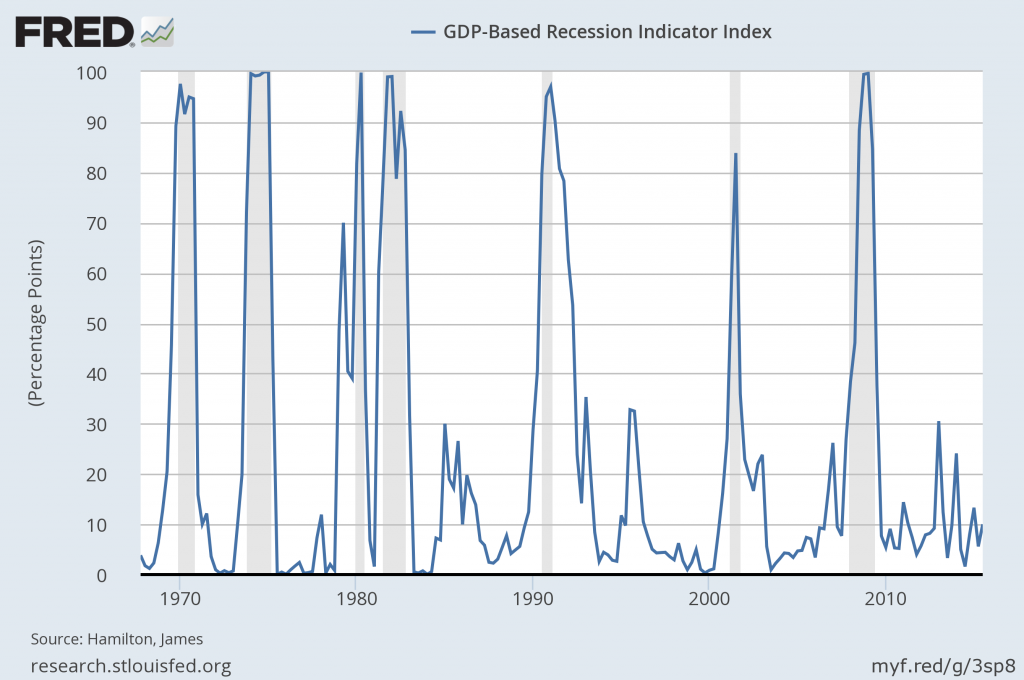 One use of this series is for academic research where it is important to specify predictive relations based on what market participants could have actually known at the time. The recession dates established by the NBER Business Cycle dating committee (shown as shaded bars in the graph above) were assigned long after the fact. That means if you include the NBER dates in a regression, you are “predicting” variables on the basis of future outcomes, which can lead to all kinds of spurious conclusions. By the way, I have the same objection to the popular Hodrick-Prescott filter, which also uses future observations to construct the “cyclical” component of a given time series. By contrast, the solid line in the graph above is strictly real-time, with each observation based solely on data available as of one quarter after the indicated date, and is never subject to data revisions. A link to the historical date when each value was released in real time can be found here. Even prior to 2005, each value for the series plotted above was calculated based solely on the unrevised GDP data as it would have been available as of one quarter after each plotted date.

The index is a nonlinear function of the observed historical GDP data as of each date that is intended to capture the move in and out of recession. See my recent paper for a survey of this and related ideas.

FRED is also maintaining a series of recession dates that come from this approach. These are not strictly real-time, but are based on the following algorithm. When the above strictly real-time index crosses 67%, the economy is declared to be in a recession, and the beginning date of the recession is defined as the first date for which the nonlinear inference (based on all the data available as of the date of the recession declaration) went above 50%. The assigned beginning date is not strictly real-time because it is now using the revised data for earlier quarters as well as the new data for the observation that generated the recession call to revise the probabilities assigned to earlier quarters. Once the beginning date is announced it is not subsequently revised. When the real-time index falls below 33%, the recession is declared to be over, with the end date again determined as the date for which the revised inference as of the time of the recession-over declaration first fell back below 50%. Dates at which the recession beginning and ending dates were announced can be found in this spreadsheet. Again an important difference from the NBER dates is that these dates are generated entirely mechanically with no subjective judgments. 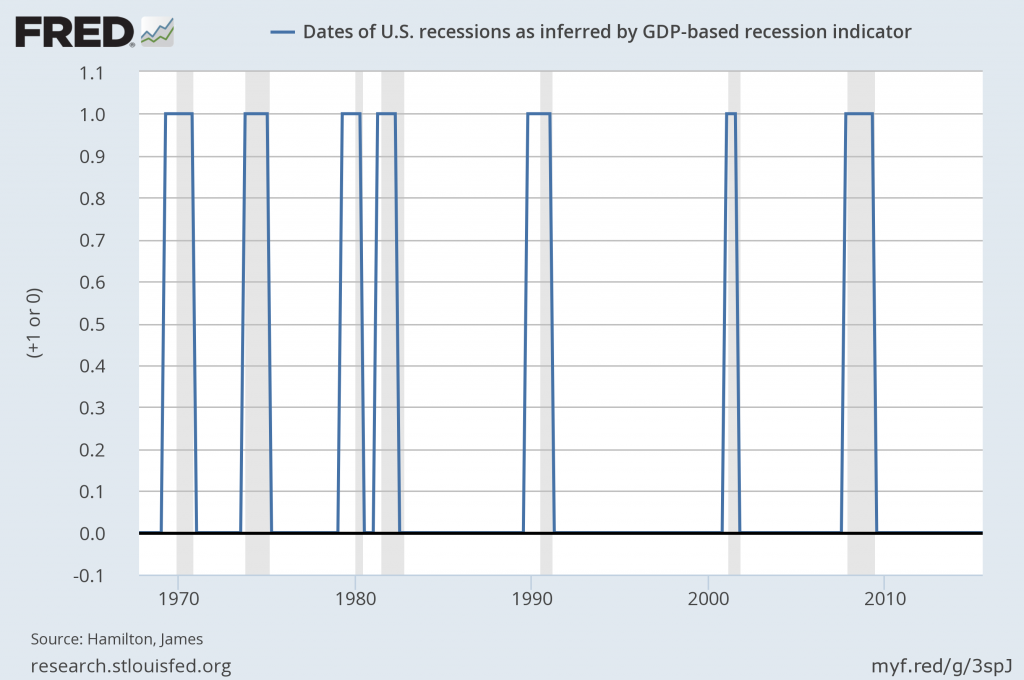 FRED also provides access to an alternative recession-dating procedure developed by Chauvet (1998). This is based on 4 monthly indicators. Unlike the real-time indexes above, the values in the graph below use all the data as available and revised today to form an optimal inference about each plotted date. But as in the above two graphs, the inference is entirely mathematical. 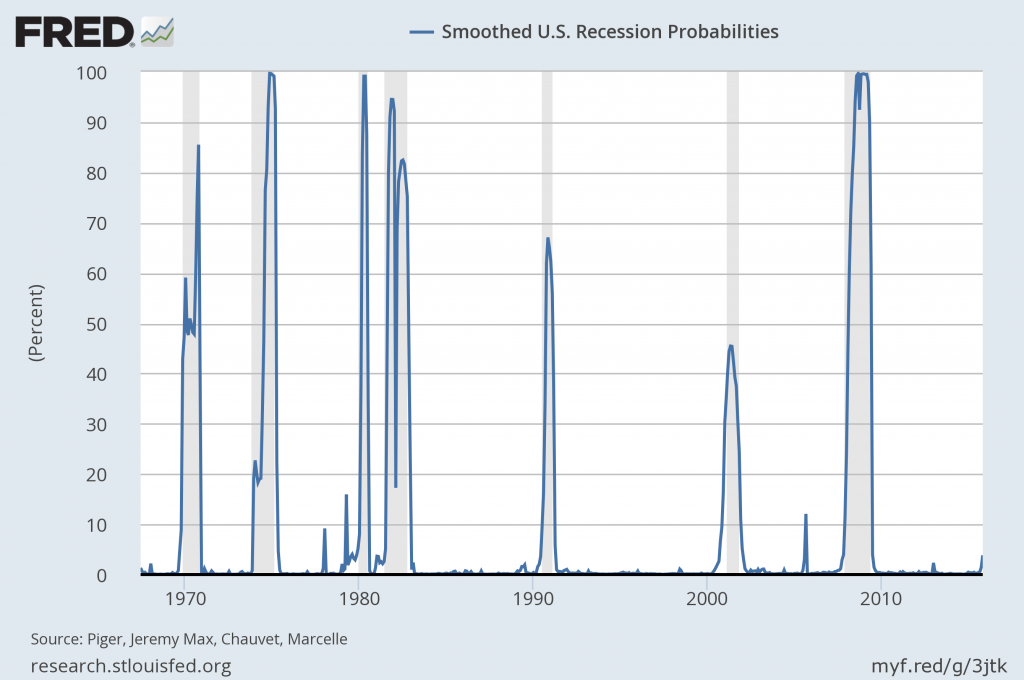 These indexes are strictly backward-looking, seeking to answer the question of whether the U.S. has already entered a recession. As you can see, their answer is that the U.S. is not in a recession. It is of course a more interesting (but far more difficult) task to try to predict whether a recession is about to arrive. Menzie has been keeping us up to date on one of the more promising approaches to predicting recessions before they arrive, for which the current answer is still that a recession is not imminent.