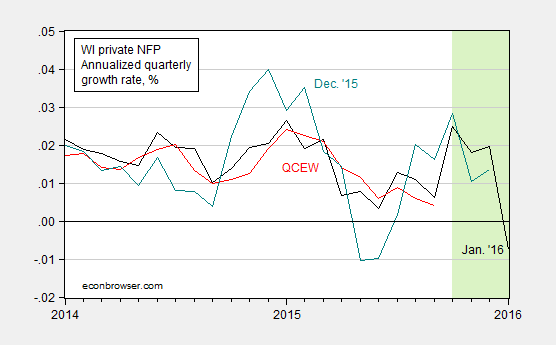 There is in the release no mention of the decrease in employment, now in the third month. The release reads:

“The state’s January 2016 unemployment rate is, in large part, a reflection that Wisconsinites are seeing opportunity and entering the labor market,” Secretary Allen said. “The state’s labor force participated at a higher rate and more Wisconsinites entered the job market in January when compared to December. At the Department of Workforce Development, our focus will remain on equipping workers with skills to fill openings as the private sector continues to add tens of thousands of jobs every year.”