On the eve of the primary votes in Wisconsin, where protectionists are set to make some inroads, it’s of interest to consider the state’s reliance on exports — including those to China (a target of both Senator Sanders and Mr. Trump) and Mexico [1]. 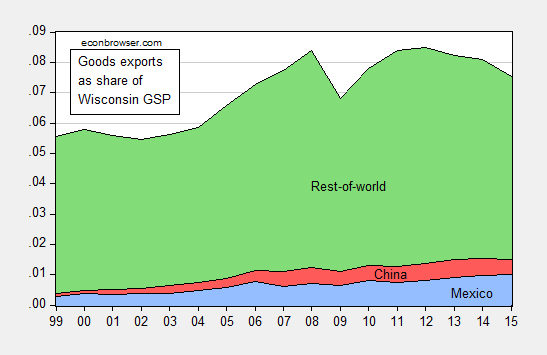 Exports of goods to China accounts for 7% of total Wisconsin goods exports; that’s about the same proportion as for US goods exports to China.

If the US were to impose large tariffs on imports from China, it is unlikely there would be zero policy response on imports of US goods into China.

More on the trade and macro implications of imposing tariffs on China in this post.