In my last post, I noted a conference on uncertainty in macroeconomics. Here are two papers of particular interest to me.

The first, by Kimberly A. Berg and Nelson Mark, was entitled “Global Macro Risks in Currency Excess Returns”:

We identify country macroeconomic fundamentals, whose first and higher-ordered moments have predictive power for currency excess returns. Using this identification in conjunction with the carry trade, we form portfolios of profitable currency excess returns and study the determinants of their cross-sectional variation. We find that global macro factors are priced in currency excess returns. The high-minus-low conditional skewness of the unemployment gap is a factor consistently and significantly priced in these returns. Somewhat weaker evidence points to the high-minus-low volatility of the real exchange rate depreciation as a second global risk factor. 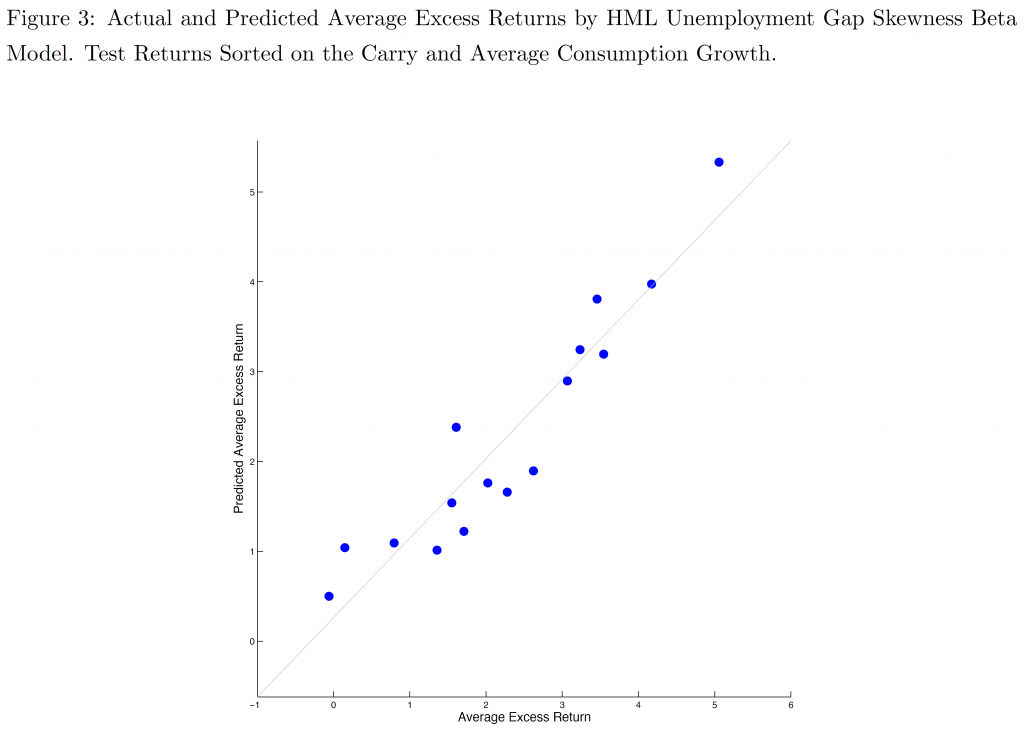 The second paper, by Lucas Husted, John Rogers, and Bo Sun (all Federal Reserve Board), was entitled “Monetary Policy Uncertainty”:

As the Federal Reserve poised itself to lift off from the zero interest rate policy in 2015, the intentions of monetary policymakers and the effects of their actions faced increased scrutiny. In this paper, we construct new measures of uncertainty that the public perceives about Federal Reserve policy actions and their consequences. This monetary policy uncertainty index (MPU) is then compared to several potentially-related measures. We show a strong link between our MPU index and direct measures of monetary policy uncertainty constructed from the FRB-NY Survey of Primary Dealers, for example, but a much lower correlation between MPU and the VIX. The correlation between MPU and market-based measures of policy interest rate uncertainty (swaptions volatility) is reasonably high prior to 2008 but near zero afterward as the latter measure fell close to zero. We then empirically examine the determinants of MPU, focusing on its relationship with newly-constructed measures of FOMC transparency and other quantitative indicators of the Fed’s evolving communication strategy. Finally, we identify shocks to monetary policy and monetary policy uncertainty in a VAR using the “external instruments” approach (Stock and Watson (2012); Gertler and Karadi (2014); Rogers, Scotti and Wright (2015)). We find that a one standard deviation surprise monetary policy tightening induces a roughly 10% increase in MPU that subsides within a year. Identified positive shocks to monetary policy uncertainty raise various interest rates and spreads, and lower output with about the same dynamic pattern as contractionary monetary policy shocks. Our VAR analysis thus suggests that policy rate normalization that is accompanied by a drop in uncertainty can help neutralize the contractionary effects of the rate increases themselves.

Here is a graph of the monthly average of the daily MPU, and relevant monetary policy events. 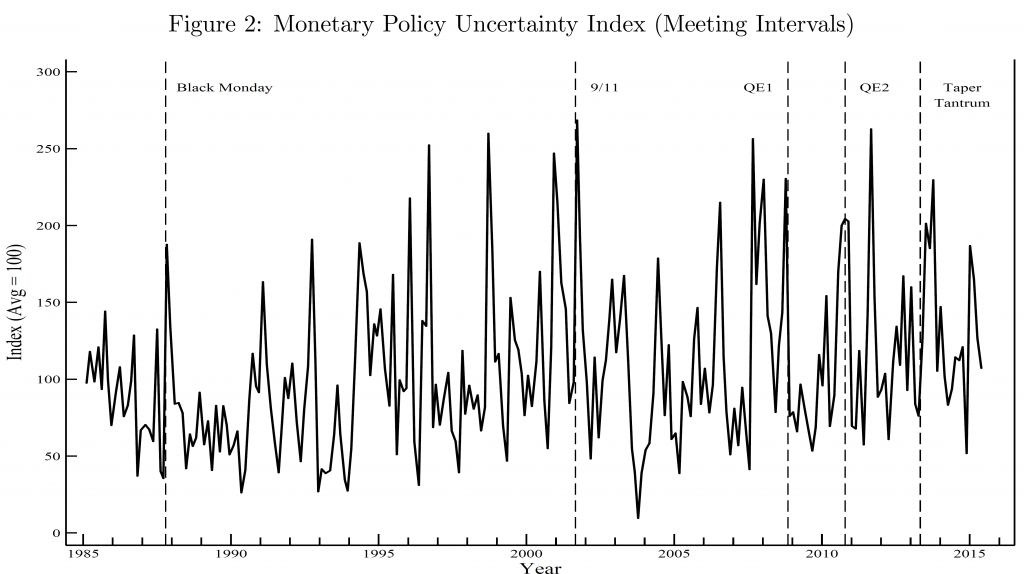 While not reported in the paper, Rogers discussed some of the empirical implications of MPU for excess currency returns. They find that MPU is indeed important for excess returns on constructed carry portfolios, particularly during the period of the zero lower bound.