The Manufacturing and Agriculture Credit, which lawmakers passed in 2011, nearly wipes out income taxes for manufacturers and agricultural producers — at a very steep price.

Tax filers with incomes of $1 million and higher, who made up just 0.2% of filers, receive an estimated 78% of the 2016 tax cut that is distributed through the individual income tax.

Not only does the tax credit benefit primarily high income individuals, it has been pretty ineffective at boosting employment. The Wisconsin Budget Project does essentially a diffs-in-diffs test. 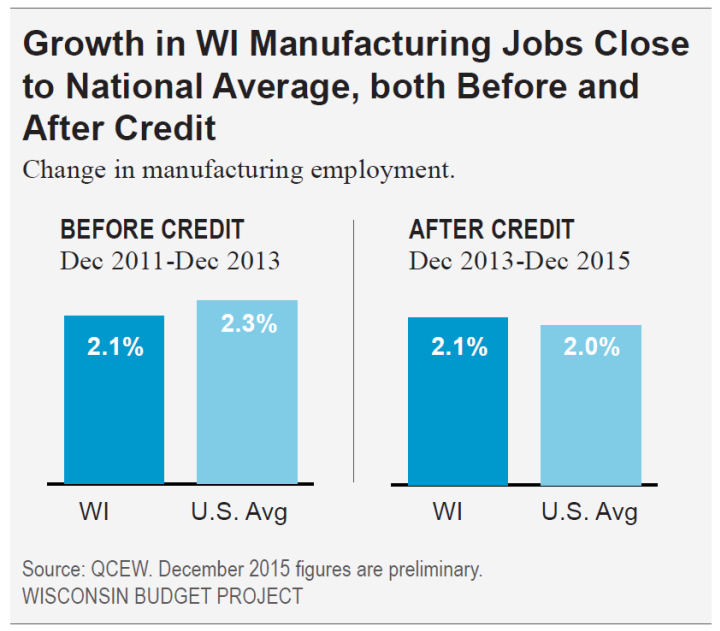 In other words, despite the generous terms of the tax credit, Wisconsin employment does not seem to have exhibited any different behavior from the national counterpart. (A similar conclusion holds for manufacturing vs. nonmanufacturing.)

The model fits the data fairly well, and implies a long run elasticity of Wisconsin manufacturing employment to national of about 0.67. 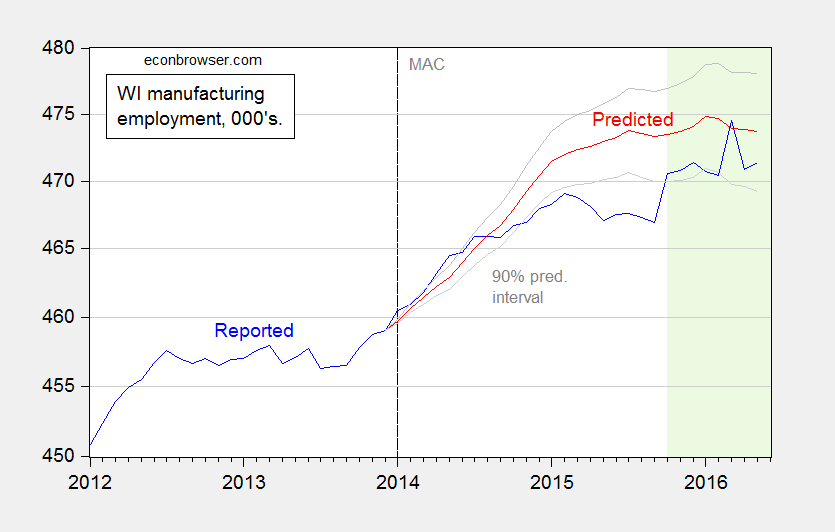 For a large portion of the time when the tax credit is increasingly in effect (it was phased in gradually), Wisconsin manufacturing employment was below what is predicted (and statistically significantly so). It’s of interest to note that when Wisconsin employment rises to within the 90% prediction interval, it is data that has not been benchmarked to incorporated the most recent Quarterly Census of Employment and Wages (QCEW) data. These data are likely to be measurably revised at the next benchmark date.

Regardless, employment in Wisconsin does not seem to have responded in the manner predicted by the proponents of the tax credit.

Update, 7/10 7:15am Pacific: Here is WMC’s “critique” of the Wisconsin Budget Project report.