Ironman at Political Calculations asserts it does. Unfortunately, he makes a mistake in calculating Kansas GDP ex.-agriculture by simply subtracting chained agriculture from chained state GDP (discussed in the addendum to this post). Here in Figure 1 is properly calculated GDP ex.-agriculture plotted against a drought index (lower values is a more severe drought). 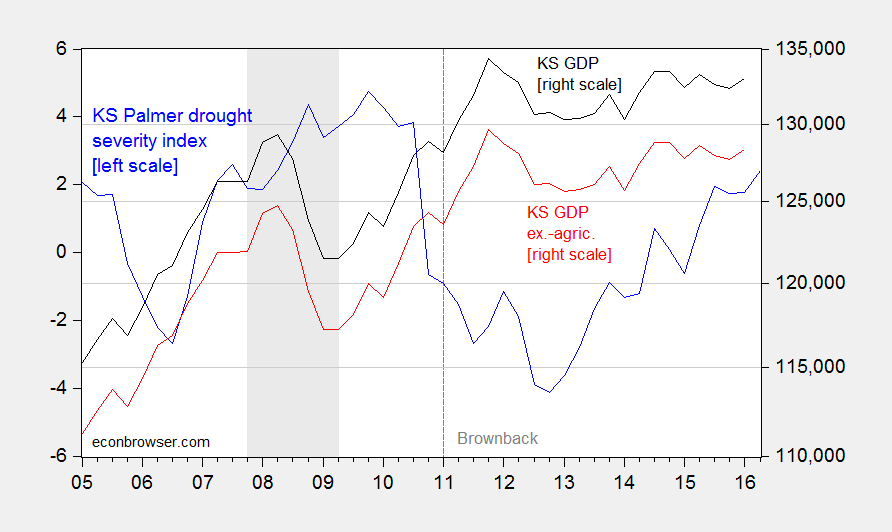 Note that the slowdown is apparent in GDP excluding agriculture, post-Brownback. Drought is not the explanation. And as shown in this post, a hit to durables from the downturn in aircraft cannot be the answer.

Update, 8/11 9:50AM Pacific: Here is an updated graph of Kansas economic performance relative to US. 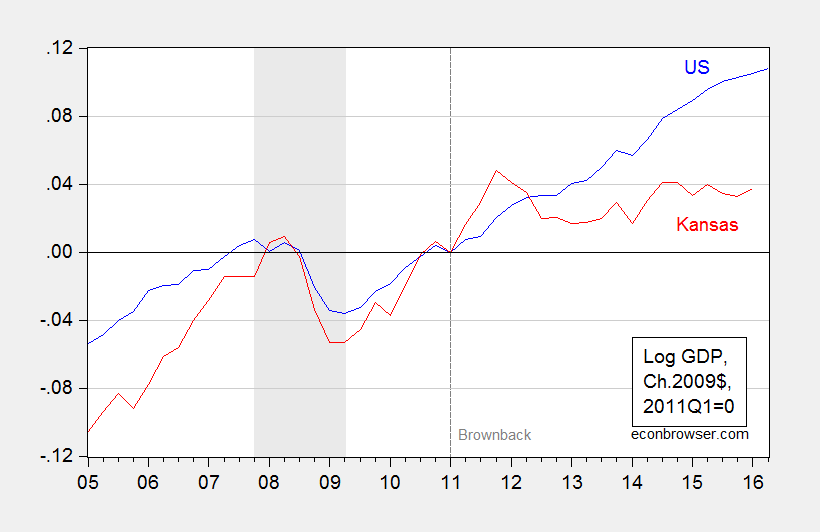 The effects of extreme drought that year would also negatively impact the state’s non-durable goods manufacturing sector, as mills in the state would have less grain to process into flour, particularly in the quarters following the main harvest, which is also evident in the detailed state-level GDP data.

Here is a time series plot of the real agricultural and nondurable manufacturing value added series. 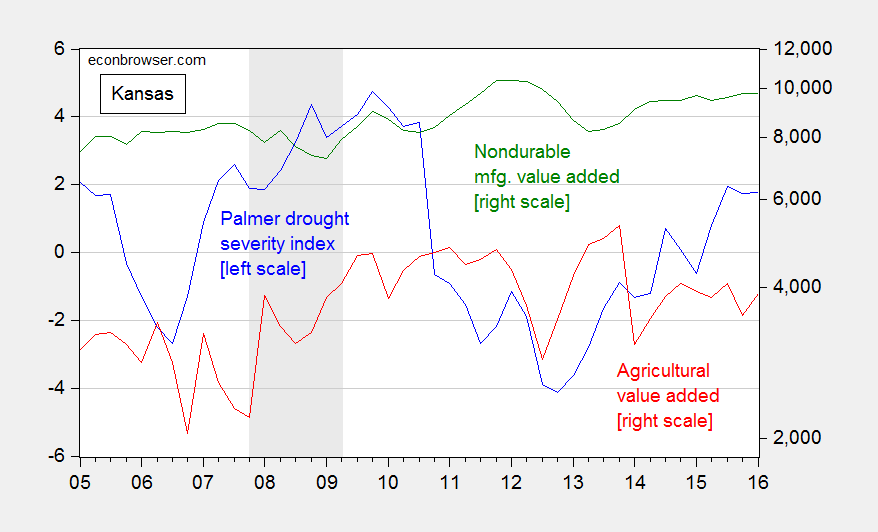 Note that agricultural output declines even as the drought lessens, and overall nondurable manufacturing holds up pretty well throughout the drought.

9 thoughts on “Does Drought Explain the Kansas Collapse?”