What if you promise to withdraw from free trade agreements [1], limit capital mobility [2], and heighten immediately policy uncertainty? What will you get? We have early returns from an unnatural experiment in the UK.

The first bit of news is early estimates of monthly GDP, from the NIESR: 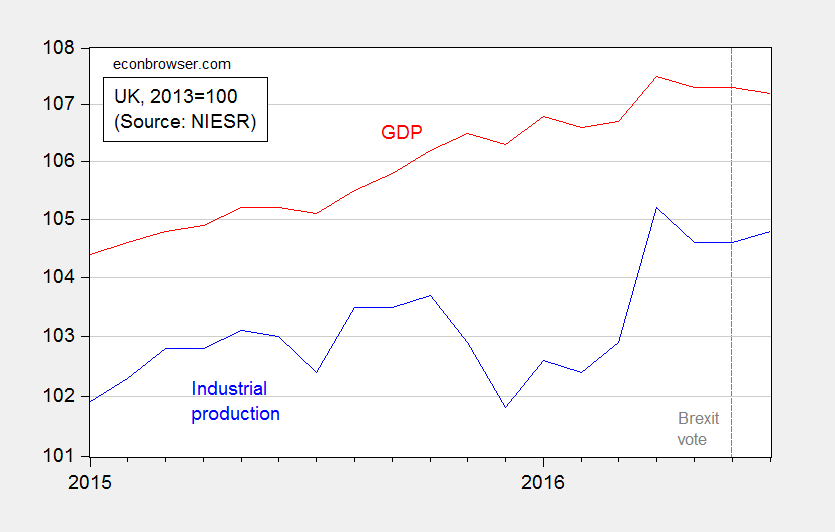 The press release for the 3 August forecast is here.

Transforming the monthly GDP data into 3 month percent changes yields Figure 2, which is plotted against the Baker, Bloom and Davis policy uncertainty index for the UK. 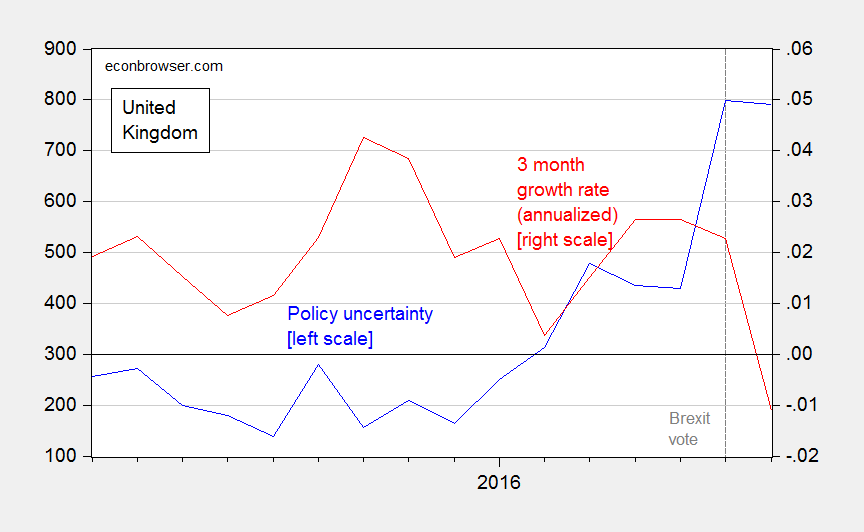 In other news, house prices have declined markedly.

These are real side developments that were presaged by the collapse in consumer confidence, the flattening of the yield curve, and the persistent depreciation of the pound. (The latter is “real” in the sense that given price stickiness, the real exchange rate has depreciated, resulting in a terms of trade loss to the UK, as pointed out by Simon Wren-Lewis).

3 thoughts on “Early Macro News and Lessons from the Brexit”