The Kansas Department of Labor released some limited numbers regarding August labor market conditions today. These figures are consistent with an economic stall indicated in the Philadelphia Fed projections, discussed in this post. 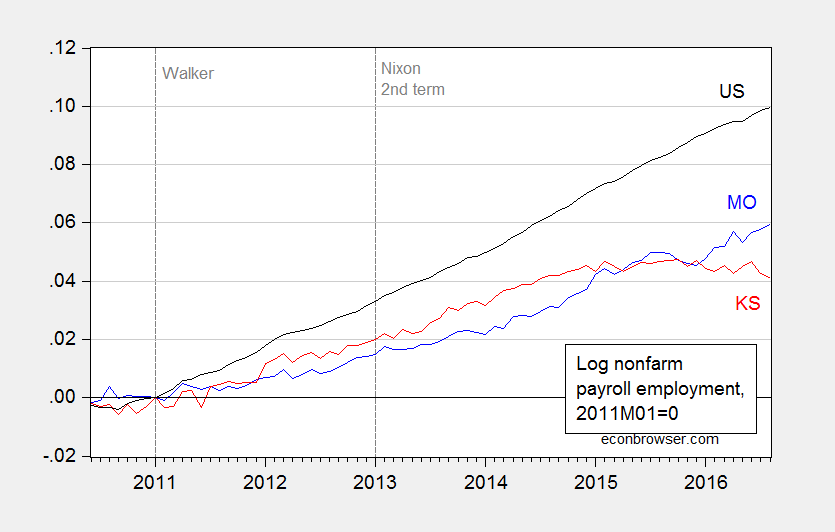 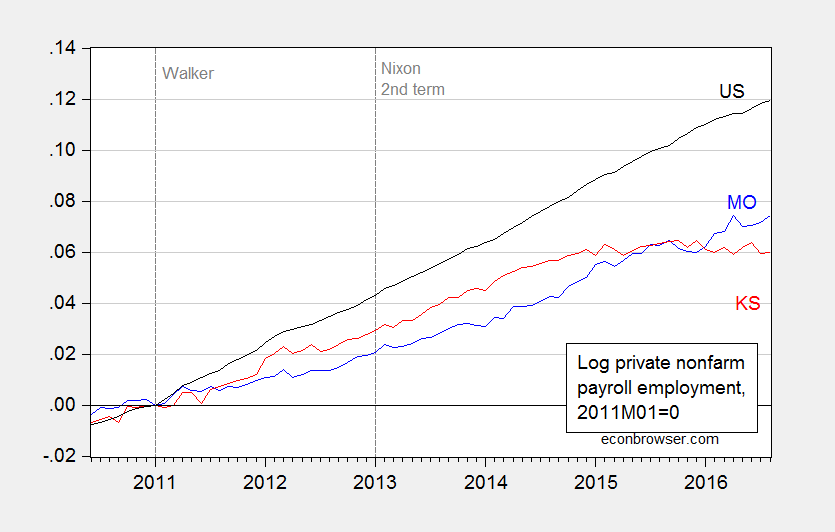 Comparable figures for Missouri, Kansas’s neighbor, are included in each graph. Since the August figures have not yet been reported, the Missouri figures are drawn from the July release.

For those who are interested, the Kansas unemployment rate has risen to 4.3%, from a low of 3.7% in May (and from 4.0% in the previous month). It’s important to remember that an unemployment rate is the ratio of two poorly measured variables (at the state level, at least, due to relatively small sample sizes). 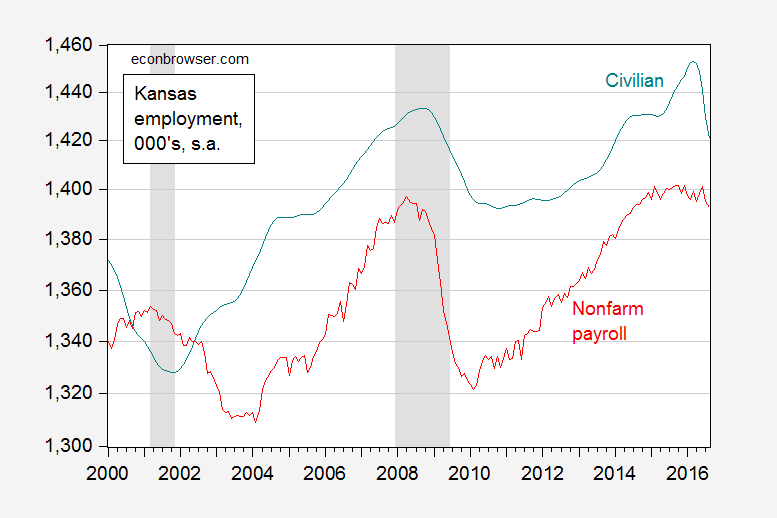 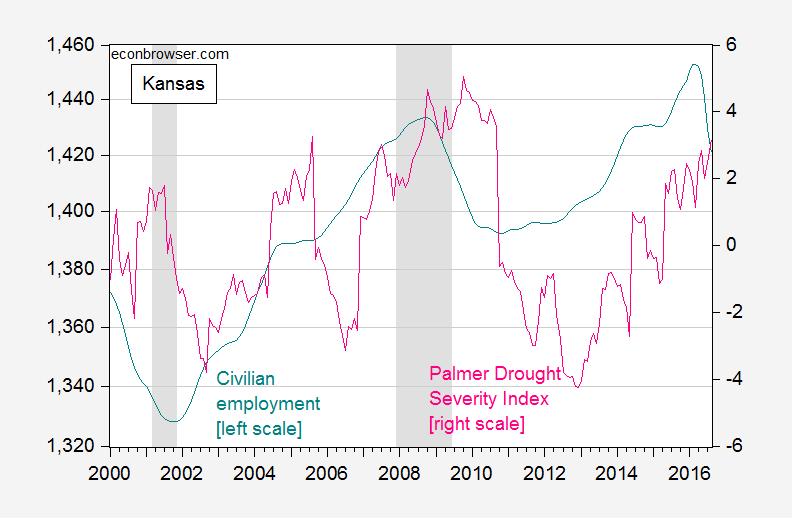 Update, 9/18 10am Pacific: Those interested in seeing the views of Governor Brownback’s Council of Economic Advisors should consult here.