Today the idea of a 10% across-the-board tariff rate increase was mooted. As Noland et al. (2016), pp.9-10 observe, the President has authority to undertake such measures. However, as a member of the WTO, other members have a right to dispute. More likely, they’ll retaliate.

A quick observation — retaliation need not occur in the trade sphere. Even setting aside retaliation in the political dimension, ample possibilities arise in the economic sphere.

Let me focus on China, since it has been a key target of the incoming administration [1]. Suppose tariffs go up by 10%; that effect on import prices can be nullified by a 10% depreciation of trading partner exchange rates.

I’ve been thinking about other ways in which retaliation could occur. In the past, I’ve said it was unlikely that China would unload its stockpile of Treasurys, because it would be self-defeating from China’ perspective as it would have resulted in a large capital loss for the PBoC.

Now, however, the PBoC could more aggressively support the value of the RMB by selling Treasurys at a faster pace. To the extent that this maintains the value of the RMB, this might be to the Trump Administration’s liking (even if the higher interest rate on Treasury yields would be unwelcome). But because the Chinese maintain a panoply of capital controls, in principle the Chinese could let the RMB depreciate and sell Treasurys by loosening those capital controls. 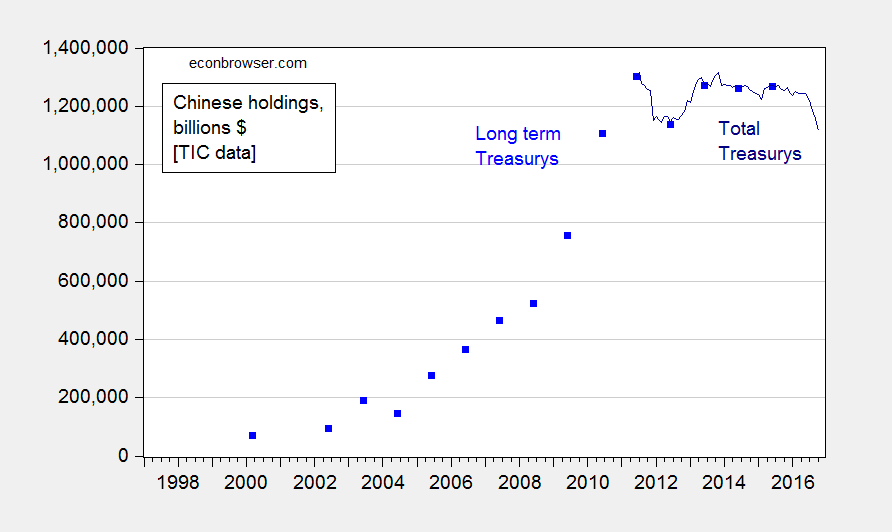 Figure 1: Chinese holdings of US long-term Treasurys (blue square), and of Treasurys (dark blue), in billions of US$. Source: Treasury International Capital.

Of course, the success along each dimension (decumulating Treasurys, depreciating the yuan) depends on the pressure on the external balances. However, if President-elect Trump’s agenda of large tax cuts is implemented, and accompanied by lots of policy uncertainty (I think we can bank on that last point), then the pressure will likely persist. 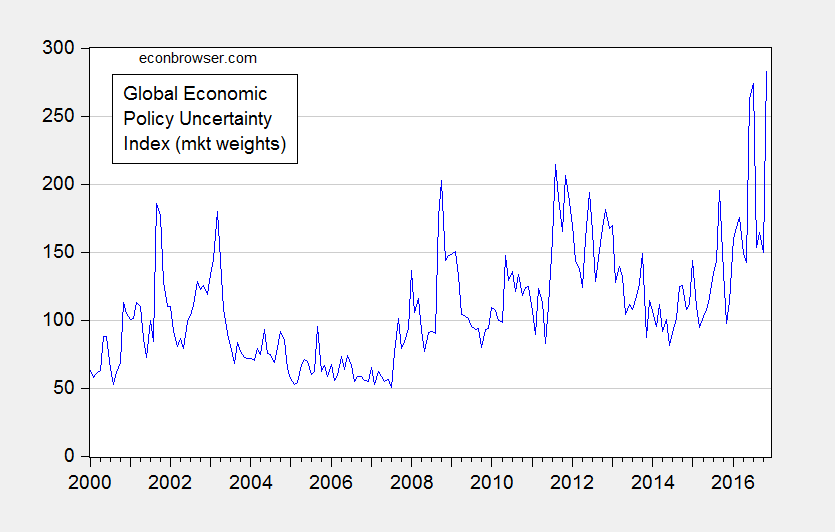 Do recall, however, that a 10% tariff combined with a 10% dollar appreciation means net zero impact on the relative import prices, but a 10% worsening of export competitiveness.