With the recent strength in the dollar, and the coming Trump fiscal stimulus and possible border tax adjustment, there is heightened interest in understanding what the consequences of RER movements will be for the manufacturing sectors and its workers (see here). In a past column, Campbell told the story of how, in the late 1990s, the rising value of the US dollar and the rise of China created a “perfect storm” of shocks to hit the US manufacturing sector. Sectors which were more exposed to these shocks suffered declines in output, employment, productivity, and investment. The magnitude of the shock was large enough to explain at least a large share of the “surprisingly sudden” collapse in US manufacturing employment in the early 2000s, in support of the Bernanke hypothesis on the origins of “secular stagnation”. In addition, the losses from a temporary overvaluation appear to be highly persistent, evidence for what economists call “hysteresis”.

But, this analysis was conducted in terms of sector-level outcomes. What happens to individual workers in sectors more exposed to these trade shocks when the RER appreciates? Did the two large dollar appreciation periods (the mid-1980s and the late 1990s/early 2000s) have a differential impact on poor workers? To answer these questions, we considered evidence from the Current Population Survey’s (CPS) Merged Outgoing Rotation Group (MORG). The advantage of this data set is that workers are interviewed about their employment status and wages in consecutive years, so that the impact on individual workers can be measured. We use essentially the same identification strategy employed by Klein, Schuh, and Triest (2003), Campbell (2016b), and others by comparing workers in sectors initially more exposed to trade shocks vs. those in sectors less exposed when the RER appreciates. This identification strategy benefits from the fact that in the US from 1979 to 2010, there are two periods of large exchange rate appreciations, which were both associated with large structural trade deficits. 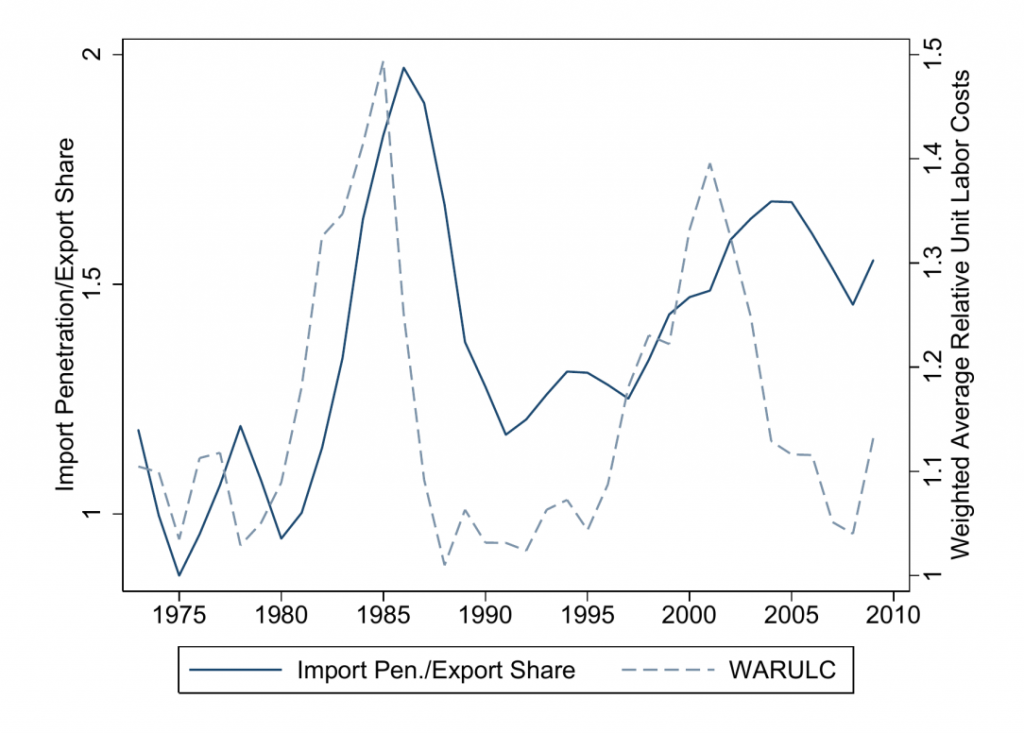 Figure 1: The Two Large RER/Trade Shocks
Notes: WARULC = Weighted Average Relative Unit Labor Costs, a measure of the real exchange rate. This measure was introduced by Campbell (2016a) to solve several problems in the IMF’s RULC index (which didn’t include China, among other flaws). Campbell found that WARULC has more out-of-sample predictive power than the IMF’s RULC index.

Figure 1 shows that, during the 1980s, US unit labor costs appreciated about 50% relative to RULCs in other countries, and in the 1996-2001 period, nearly 40%. This large change in relative prices should theoretically leave a mark on the economy, particularly in sectors more exposed to trade. The 1980s period is probably the cleanest experiment, as the cause of the appreciation was likely the election of Ronald Reagan and subsequent large fiscal stimulus, which led monetary policy in the US to be tight relative to trading partners. These events are all likely to be exogenous from the perspective of the subsequent decline in more open manufacturing sectors, particularly as more open sectors actually appear to be a bit less capital-intensive and also slightly less sensitive to interest rate movements than manufacturing sectors in general. (“Open sectors” here are defined as a weighted average of import penetration and the export share of shipments. Open sectors are defined in the paper at an average lag of 5 years.)

We find that workers in sectors more exposed to RER shocks are indeed less likely to be employed, and more likely to be either unemployed or to have exited the labor force altogether one year later. Over the period 1997 to 2004, a worker in a sector in the 90th percentile of openness would have been a cumulative 11% less more likely to be non-employed when surveyed relative to a worker from a sector in the 10th percentile of openness. Perhaps surprisingly, we do not find any impact on wages conditional on being employed. There is a differential negative impact on workers with less than a college education, who experience declines in wages. However, we also don’t find a negative differential impact for lower wage workers. We reconcile these seemingly conflicting results by showing that workers with low education levels, but high wages, tend to do very badly during these periods of RER shocks.

On the whole, our findings also support the thesis from the papers (such as Klein, Schuh, and Triest 2003, and Campbell 2016b) which argue that RER movements have relatively large impacts on more open sectors using data from the Annual Survey of Manufactures. (In our view, despite the paucity of replication and robustness studies published in journals, getting at the truth is actually very difficult, and so confirming results using datasets collected via different means is in fact helpful.) In addition, our results suggest that the two large trade shocks did not seem to have a large differential impact on low-wage workers.

Will these results hold out-of-sample in the period since 2014, as the dollar experiences a third period of overvaluation? Clearly, the trade policy environment is about to change dramatically, making it difficult to say. But if Trump’s policies continue to put upward pressure on the dollar, this will cause stress on the manufacturing sector and its workers. Whether this will result in a third manufacturing employment collapse (on a structural basis) is another question. In Germany, for example, corporate boards by law represent both workers and shareholders, and it is likely that the elasticity of employment with respect to the exchange rate is also lower (for example, see Moser et al. 2010). Thus it is not inevitable that RER/trade shocks must result in extreme hardship for manufacturing workers. Policies that limit hardship on workers and yet allow everyone to enjoy the benefits of free trade are probably a more stable political equilibrium than lurches from free trade to crude protectionism.

This post written by Douglas L. Campbell and Lester Lusher.