Federal agencies are clamping down on public information and social media in the early days of Donald Trump’s presidency, limiting employees’ ability to issue news releases, tweet, make policy pronouncements or otherwise communicate with the outside world, according to memos and sources from multiple agencies.

The steps to mute federal employees — seen to varying degrees in the Environmental Protection Agency and the departments of the Interior, Transportation, Agriculture and Health and Human Services — are sparking early fears of a broader crackdown across the government, as Trump vows to pursue an agenda sharply at odds with his predecessor.

Donald J. Trump has promised 3.5% to 4%. If the data do not cooperate, will the data be forced to cooperate?

And here is the order to cease communication for the EPA: 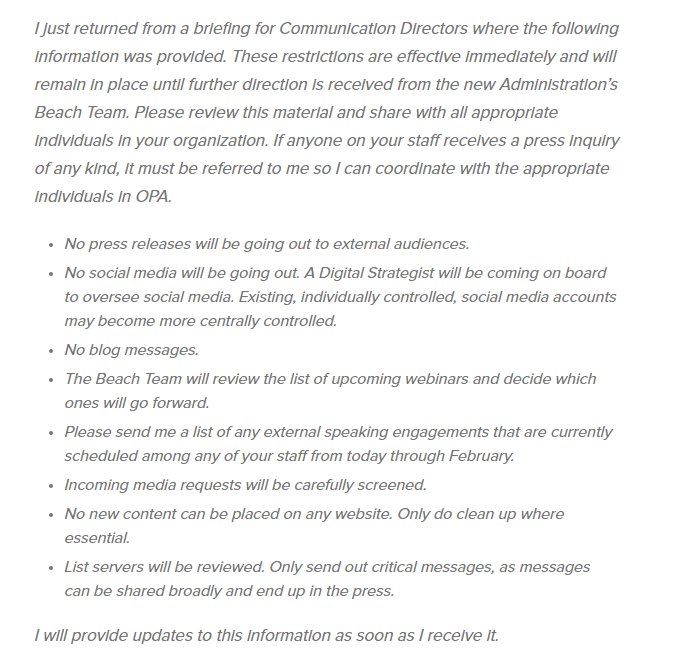 If you think it’s not possible, remember Nixon’s assault on the BLS.

7 thoughts on “Will You Get “Alternative GDP Data” Next?”