In an EconoFact post from Saturday, Michael Klein and I noted that usually for the US, the trade deficit grows during times of robust economic growth. 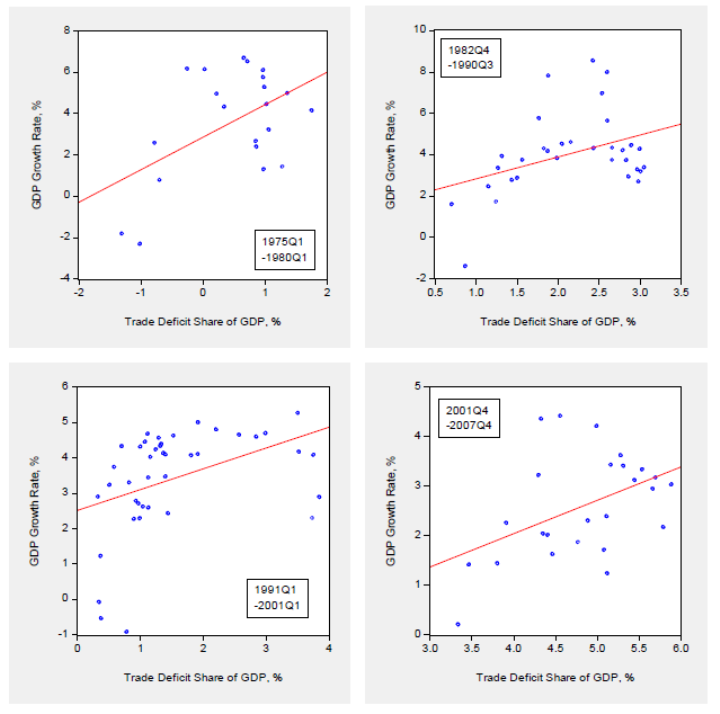 To understand how thinking in accounting terms can lead to misleading inferences, consider the statement in a Washington Post opinion piece, Peter Navarro and Wilbur Ross wrote:

Net exports are currently running at a negative $500 billion annually, a direct subtraction from growth.

12 thoughts on “More on the Trade Deficit and Economic Growth”