Since the Senate Majority Leader has closed down “the greatest deliberative body in the world” by invoking Rule XIX against Senator Elizabeth Warren, I take the opportunity to share what Mitch McConnell was so afraid to have heard.

“Anyone who has used the power of his office as United States Attorney to intimidate and chill the free exercise of the ballot by citizens should not be elevated to our courts.” 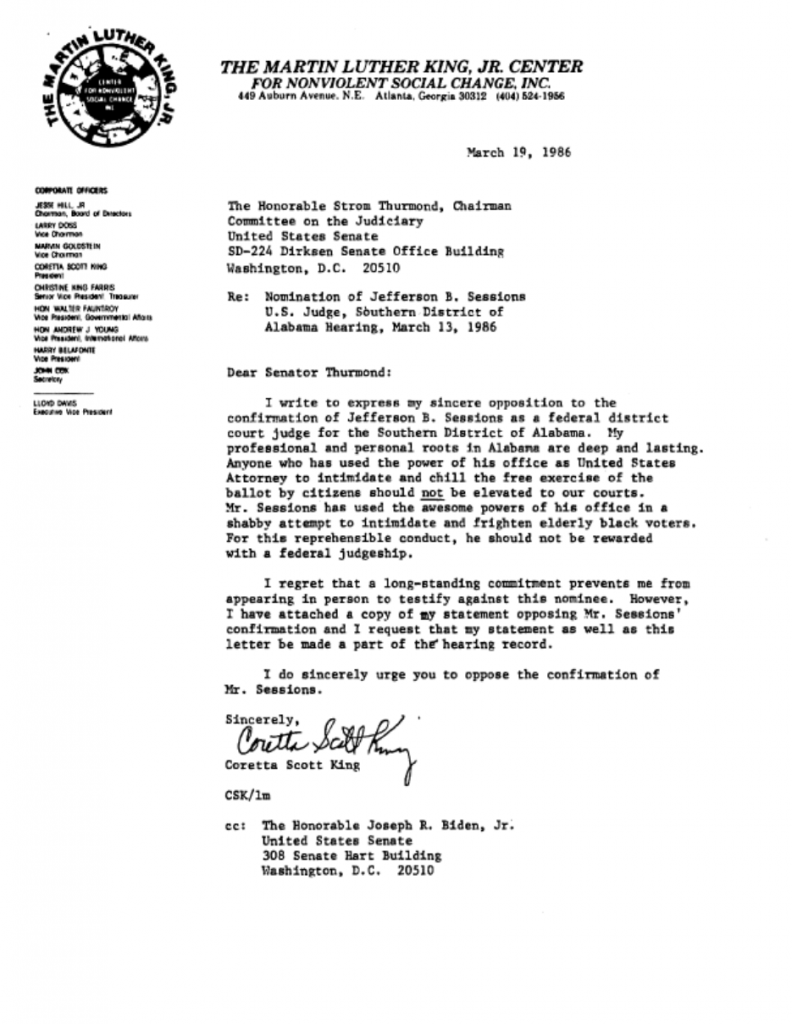