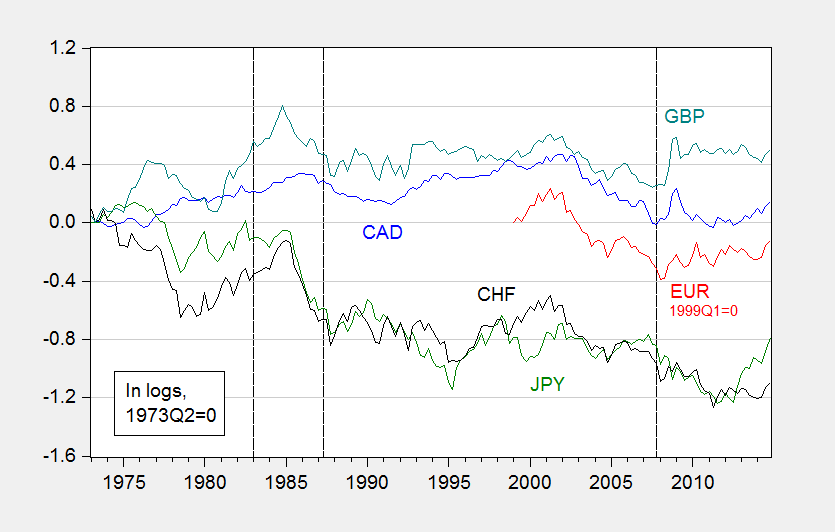 Previous assessments of nominal exchange rate determination, following Meese and Rogoff (1983) have focused upon a narrow set of models. Cheung et al. (2005) augmented the usual suspects with productivity based models, and “behavioral equilibrium exchange rate” models, and assessed performance at horizons of up to 5 years. In this paper, we further expand the set of models to include Taylor rule fundamentals, yield curve factors, and incorporate shadow rates and risk and liquidity factors. The performance of these models is compared against the random walk benchmark. The models are estimated in error correction and first difference specifications. We examine model performance at various forecast horizons (1 quarter, 4 quarters, 20 quarters) using differing metrics (mean squared error, direction of change), as well as the “consistency” test of Cheung and Chinn (1998). No model consistently outperforms a random walk, by a mean squared error measure, although purchasing power parity does fairly well. Moreover, along a direction-of-change dimension, certain structural models do outperform a random walk with statistical significance. While one finds that these forecasts are cointegrated with the actual values of exchange rates, in most cases, the elasticity of the forecasts with respect to the actual values is different from unity. Overall, model/specification/currency combinations that work well in one period will not necessarily work well in another period.

It’s important to know that we are not trying to out-forecast in real time a random walk. Rather, we use out-of-sample forecasting (sometimes called an ex post historical simulation) to guard against data mining, and to highlight which models have the most empirical content. An earlier version of the paper is discussed in this post.

In ongoing extensions to this paper, we find that when we account for estimation error — i.e., the fact that we are comparing mean squared errors from an estimated model against one without estimated parameters (a random walk) — then we find that error correction specifications (i.e., those using estimated cointegrating relationships) do much better. Amongst the classes of economic models, the sticky price monetary model (the workhorse in textbook discussion of exchange rate determination) and models using Taylor rule fundamentals exhibit marked improvement. This does not mean that such models will necessarily out-perform other models that are atheoretical (say ARIMA), but that their empirical content seems greater. 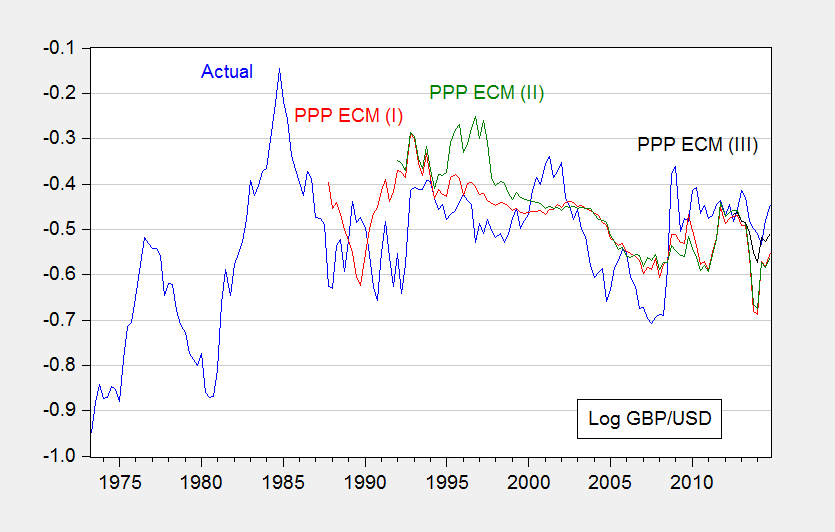 Second, accounting for risk and liquidity using VIX and the TED spread: 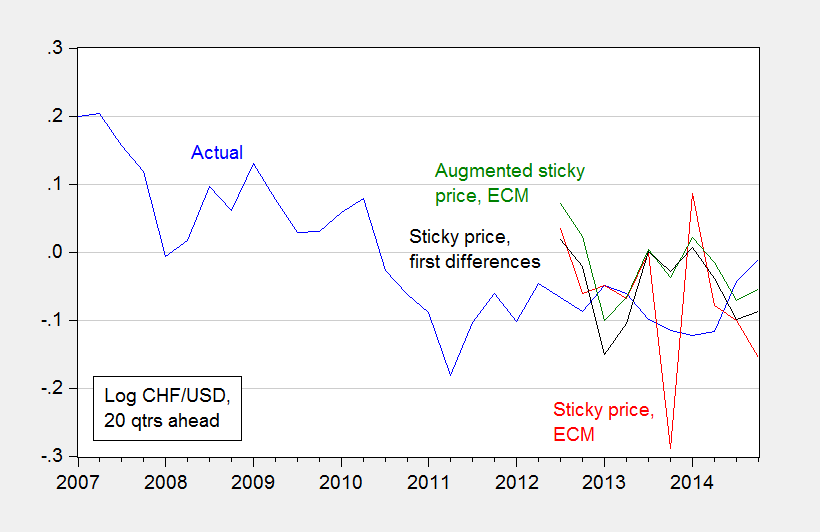