That’s the title of my article at EconoFact today.

The Trump Administration has proposed a number of trade related measures purportedly on the basis of national security. The first involves invoking a seldom-used provision of the trade law to investigate whether imposing import restrictions for steel and aluminum is justified by national security reasons. The second is the creation of a new White House office, the Office of Trade and Manufacturing Policy, superseding and replacing the National Trade Council established at the outset of the Trump Administration.

Here is a graph of steel import sources, from the post. 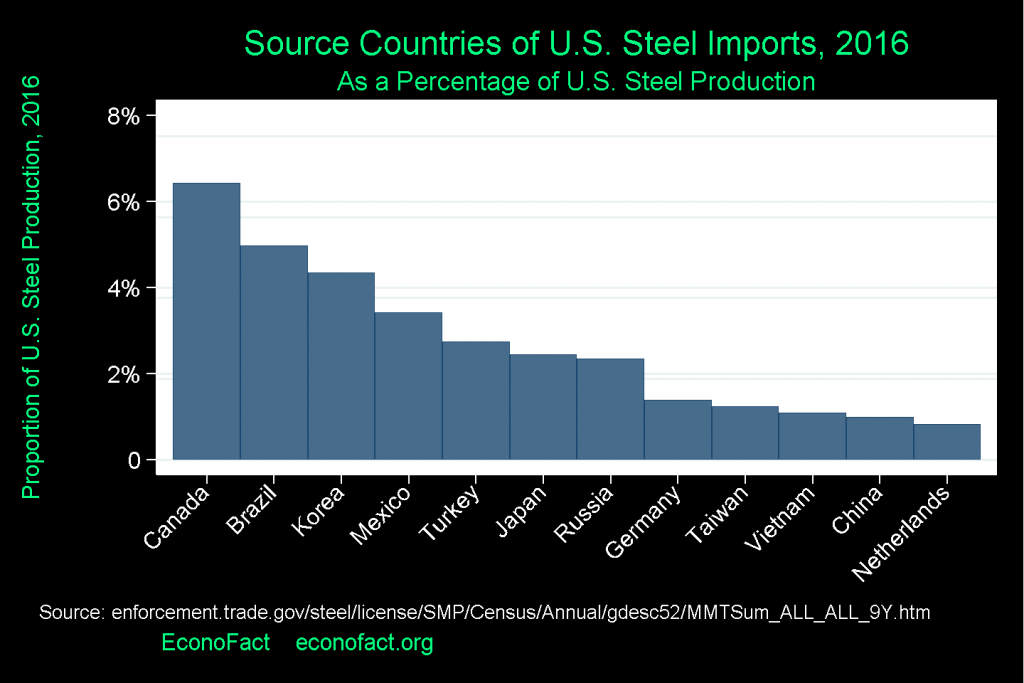 Steel and aluminum prices have risen in recent months, partly as a consequence of other trade measures (countervailing duties, anti-dumping duties). 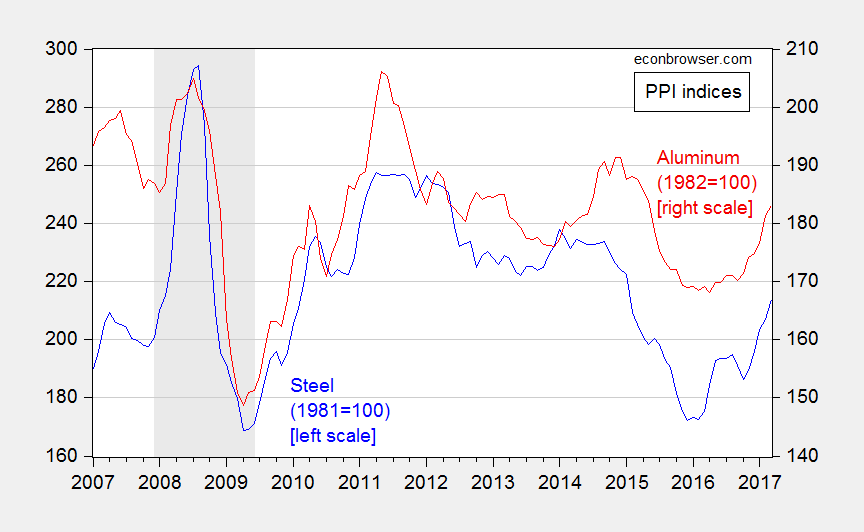 Production is down for both categories, although steel is recovering. 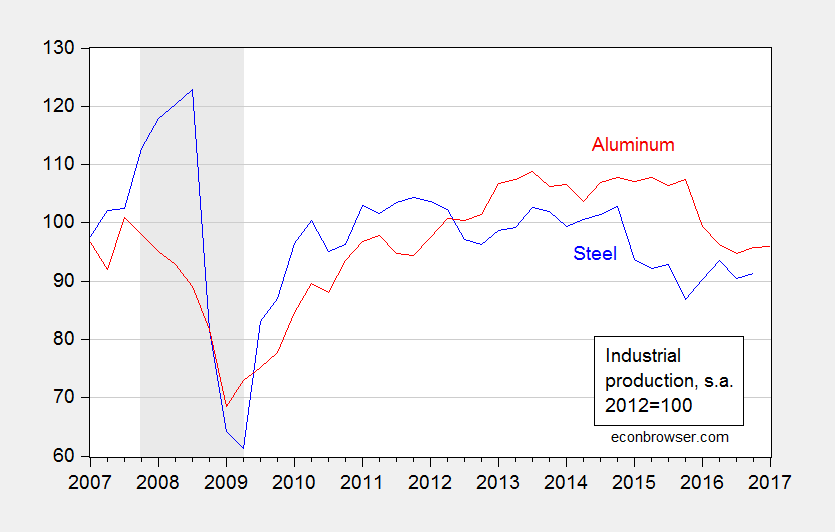 Figure 2: Industrial production for raw steel (blue), and for alumina and aluminum production and processing (red), both 2012=100, seasonally adjusted. Source: Federal Reserve Board via FRED.