Today, we are fortunate to present a guest contribution written by Simon van Norden, Professor of Finance at HEC Montréal.

‘Big Data’ continues to be the subject of much hype these days, so let me share a small cautionary tale for readers who might be interested in using it for macroeconomic forecasting.

One of the oldest and most-studied sources of big data in macroeconomics is Google Trends, which Choi and Varian (2012) argued was useful in forecasting US unemployment rates, among other things. Another claim made in Choi and Varian (2012), that Google Trends could help predict flu outbreaks, was challenged by Lazar et al. (2014). They noted that Google’s Flu Trends index was doing a remarkably bad job predicting flu-related doctor visits. Many of the problems they identified also apply to macroeconomic forecasting with Big Data, so it’s worth briefly recapping two of them.

To understand how serious this problem is in macroeconomics, Li (2016) tries to reproduce the Unemployment index used by Choi and Varian to forecast unemployment rates. Her Figure below shows that while their original series and hers appear to be highly correlated, much of that correlation may simply be due to seasonal fluctuations.

However, my own attempt to replicate their results a few months later (October 2016) produced quite different results. 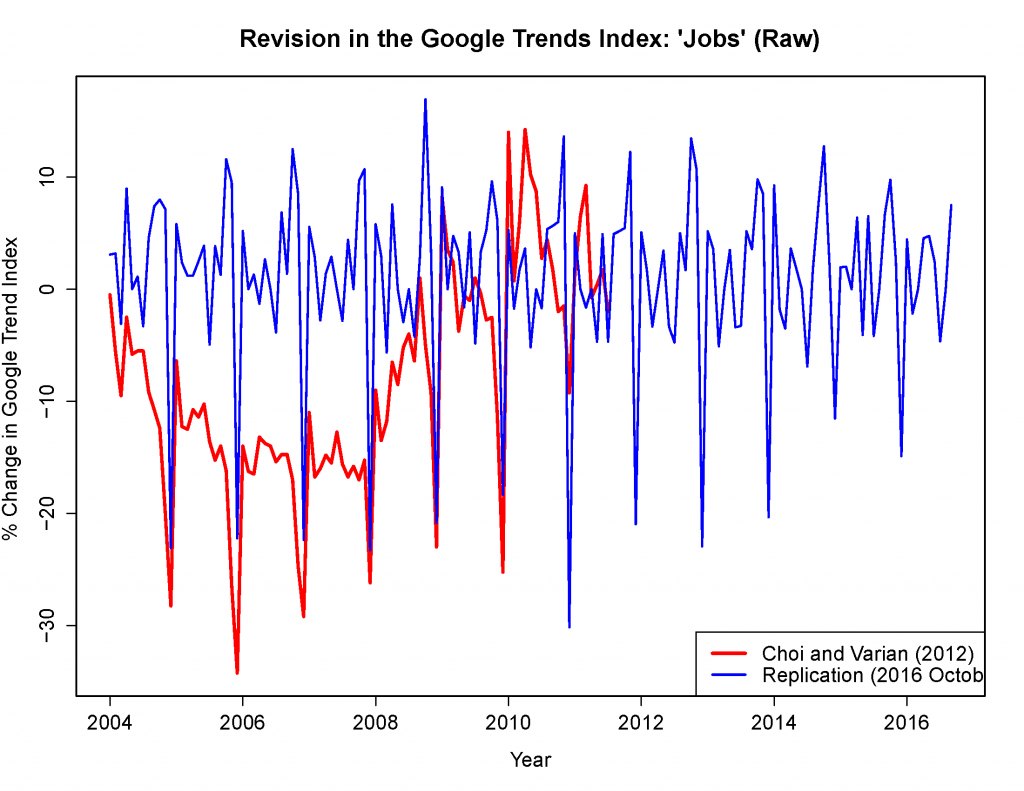 After filtering the data as Choi and Varian did, I’m left with an index that is essentially uncorrelated with their filtered series. 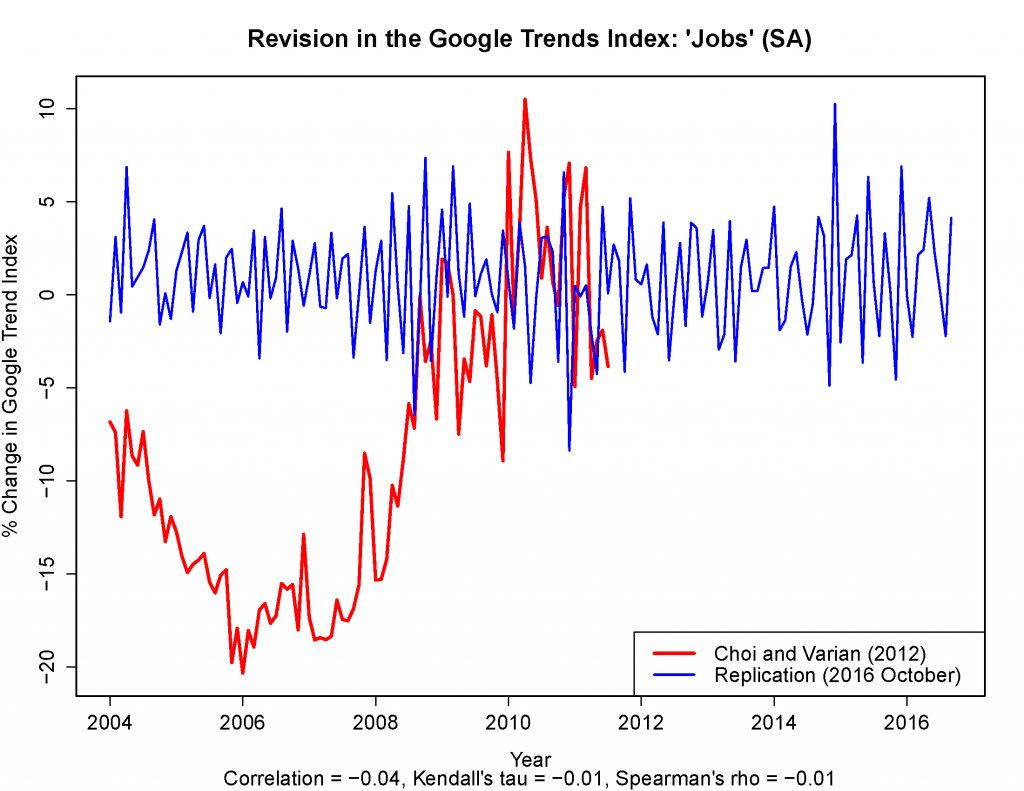 I’m guessing that at some point in 2016, Google decided to put their trends through a high-pass filter which eliminated most of the business-cycle fluctuations Choi and Varian thought that they were capturing.

Of course, not all Big Data, nor all macroeconomic series, suffer from such serious “real-time” data problems. Unemployment rates published by the BLS undergo only trivial revisions; productivity growth numbers can change radically even years after their initial release (Jacobs and van Norden (2016) document some of the problems). But macroeconomic forecasters need to understand the extent of these problems before taking their models out of the lab.
[Disclaimer: I’m the co-organizer of an annual conference on real-time data issues in macroeconomic forecasting. Last year’s conference was hosted by the Federal Reserve Bank of Philadephia and this year’s by the Bank of Spain.]

Li, Xinyuan (2016) Nowcasting with Big Data: is Google useful in the Presence of other Information? London Business School mimeo