“For many, many years, the United States has suffered through massive trade deficits. That’s why we have $20 trillion in debt. So we’ll be changing that.”

The fact that the two deficits are unrelated in accounting terms does not mean that they are not somehow economically related. However, a causal mechanism has to be laid out in order to make the argument they are. Take a look at Figure 1. 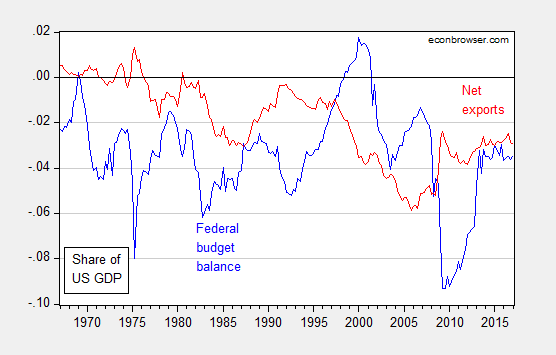 It’s clear the correlation, even with a lag, does not always fit in with President Trump’s story. And the correlation changes over time. To the extent they are related, I would say the causality more likely goes from budget balance to trade balance, rather than the reverse. For instance, higher government spending leads to a budget deficit, and at the same time higher imports due to higher consumption of imported goods, and less exports and higher imports due to an appreciated currency (Figure 2). 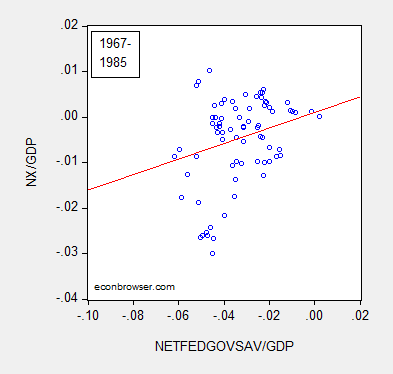 Or, a positive shock to investment leads to higher income, a boom in tax revenues, so the budget balance improves. But higher economic activity draws in more imports (for consumption, investment purposes). 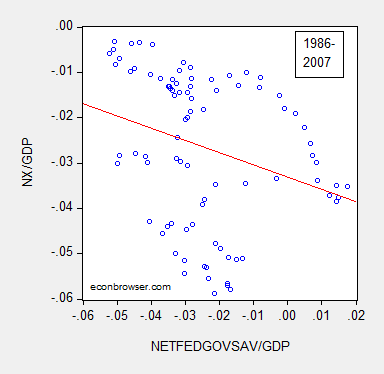 Or something else, like the US growing faster than the rest-of-the-world. 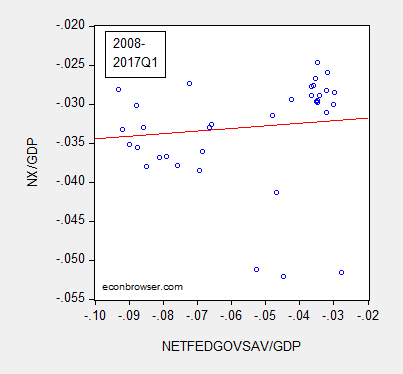 It could be that Mr. Trump meant to point to US net indebtedness with respect to the rest-of-the-world, as summarized by the US Net International Investment Position. However, this is not quite correct, as the NIIP (which includes equities and direct investment) does not match up with the cumulated current account deficit. External debt kind of does, but even that is not exact (and it’s not clear why cumulated current account balances should equal only the net position in debt).

So, I am forced to conclude (and here I’m going out on a limb(!)), Mr. Trump is (not for the first time) confused.

35 thoughts on “Mr. Trump on Economics and Accounting”