That’s from Bloomberg. Ya gotta wonder who’s running the show there.

For the sake of concreteness, here is a time series plot of GDP (in PPP terms, current international dollars) for the People’s Republic of China, Taiwan, and US. 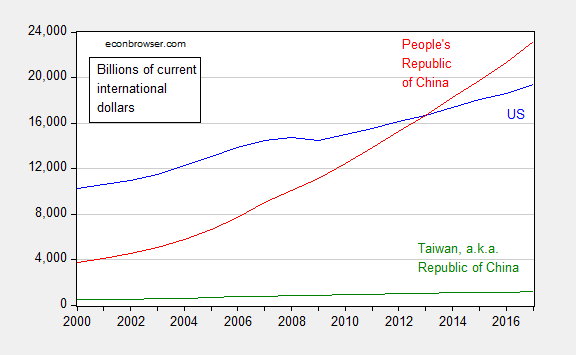 In addition, “Frederick Douglass is an example of somebody who’s done an amazing job and is being recognized more and more.”

2 thoughts on ““White House Gaffe Names Xi as President of Taiwan, Not China””