That’s the title of a new EconoFact article by Michael Klein.

Today’s low inflation has some economists puzzled. The Federal Reserve has persistently undershot its inflation target of 2 percent since 2012, when it established this level of inflation as one of its policy goals.

…
Low inflation can be a signal of economic problems because it may be associated with weakness in the economy. When unemployment is high or consumer confidence low, people and businesses may be less willing to make investments and spend on consumption, and this lower demand keeps them from bidding up prices.

…
There have been calls for the Federal Reserve to raise interest rates because the ongoing recovery from the Great Recession represents the third-longest recovery on record and the current low unemployment rate would usually lead the Federal Reserve to set its policy course towards preventing the economy from overheating. It is striking, however, that this recovery has not been accompanied by increasing inflation, even with unemployment rates of 4.3 percent in June and July, the lowest string of two-month unemployment rates in more than 15 years.

This figure from the article highlights the anomalous nature of recent inflation behavior. 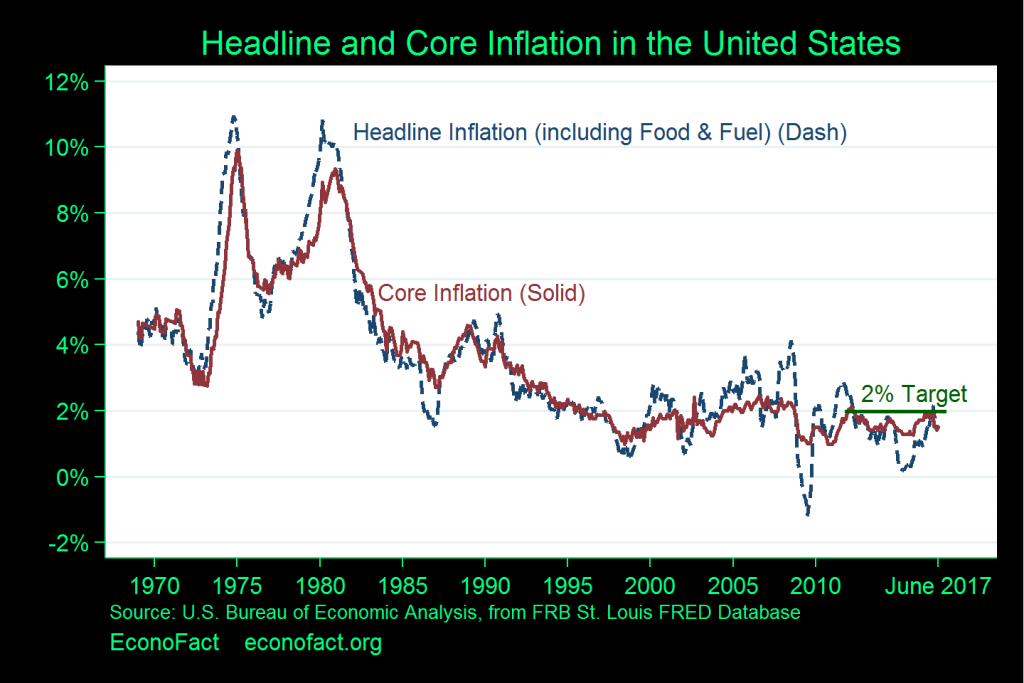 What are the prospects for accelerated inflation? The market’s expectation inferred from Treasury spreads is shown below: 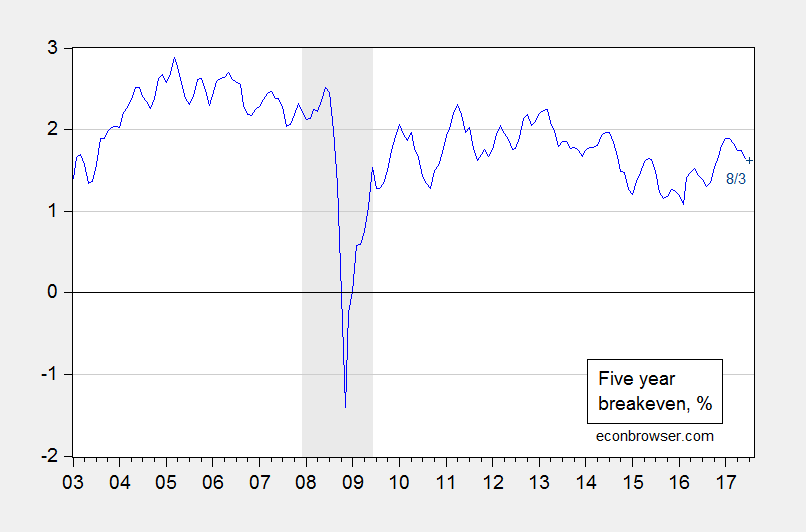 As noted, such quiescent current and expected inflation at (what is widely acknowledged to be) near full employment does pose something of a mystery.

In the past, I’ve argued that the inflation target should be higher than the current 2%. [1] [2] I still believe that’s the case.

10 thoughts on ““What’s the Problem with Low Inflation?””