One common complaint heard about the current recovery is that the rate of growth has been particularly slow. In the past I’ve noted that omitting defense spending from GDP, the shortfall is not so large. Given past correlations, I believe we may soon see a pickup in defense spending which will boost GDP growth relative to what it otherwise would have been.

This is not because defense expenditures systematically rise during recessions. 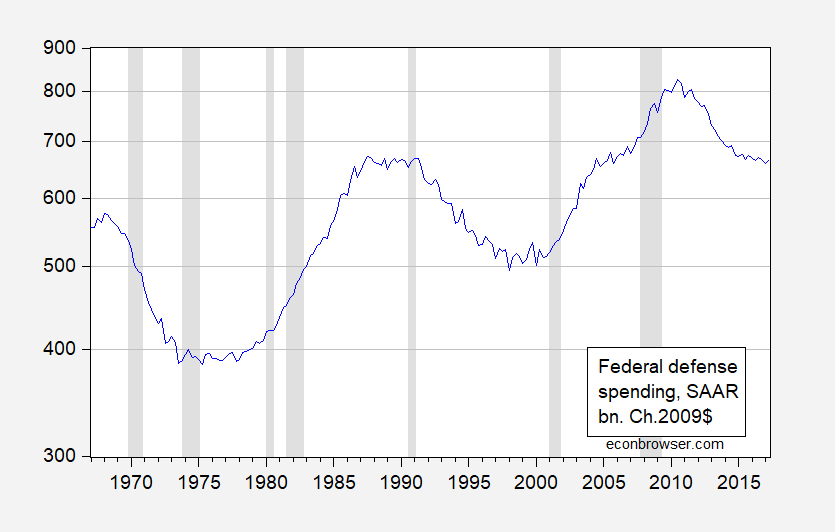 Notice that in several cases defense expenditures fall, in others it rises. Hence, defense spending does not always rise in a manner consistent with counter-cyclical fiscal policy.

Rather, defense spending has tended to rise during the last two periods of Republican presidential administrations. Defense spending in 2017Q2 has risen 0.3% relative to 2016Q4, but it is too early to tell if this means anything given fluctuations in spending. 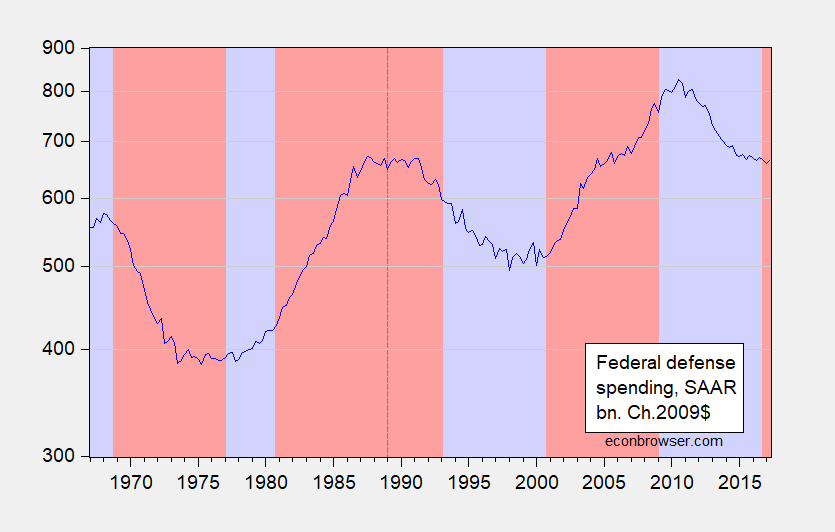