The budget will allow Republicans to pass a tax overhaul that adds up to $1.5 trillion to the deficit through a process known as reconciliation, which only requires 51 votes to pass in the Senate.

Here’s the implications for debt: 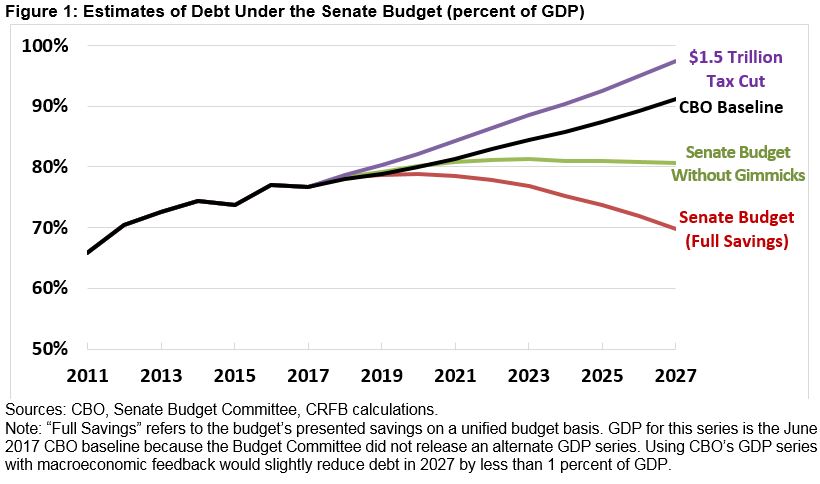 In other words, the legendary “true” Republican deficit hawk is a rare creature indeed.

If the legislation passes, my back of the envelope calculations (based on these estimates) suggest a 0.5 ppt of GDP increase in the current account relative to what would have otherwise occurred.

34 thoughts on “So Much For Fiscal Probity”