Ever since the Wisconsin Department of Revenue stopped publishing the Wisconsin Economic Outlook (see here for discussion), I’ve been forced to compile on my own various evaluations of prospects for Wisconsin’s economy. Here’s my take.

To begin with, let’s look at the forecasts used in the Governor’s budget, from February (based on IHS MarkIt forecasts), and compare to outcomes realized so far. 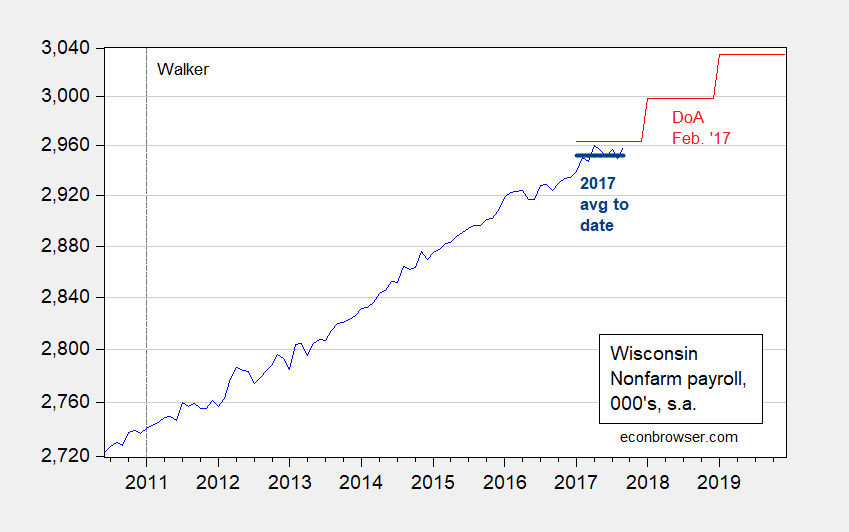 As noted in this earlier post, employment has been trending sideways for some months. Currently, average employment through September 2017 is nearly 11,000 below the forecast for 2017 (and is still 29,400 below the level promised by Governor Walker for January 2015). 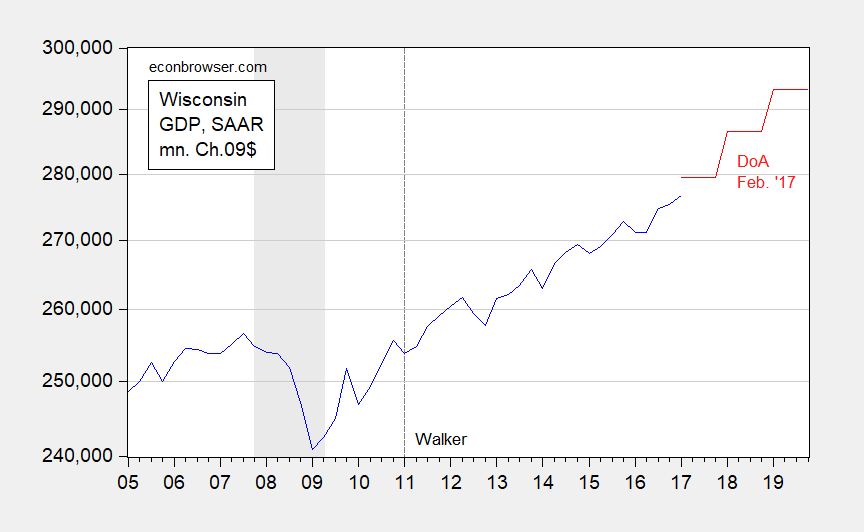 What do the Philadelphia Fed indices indicate for economic activity in the state? That was covered in this post. Here is Figure 1 from that post, repeated. 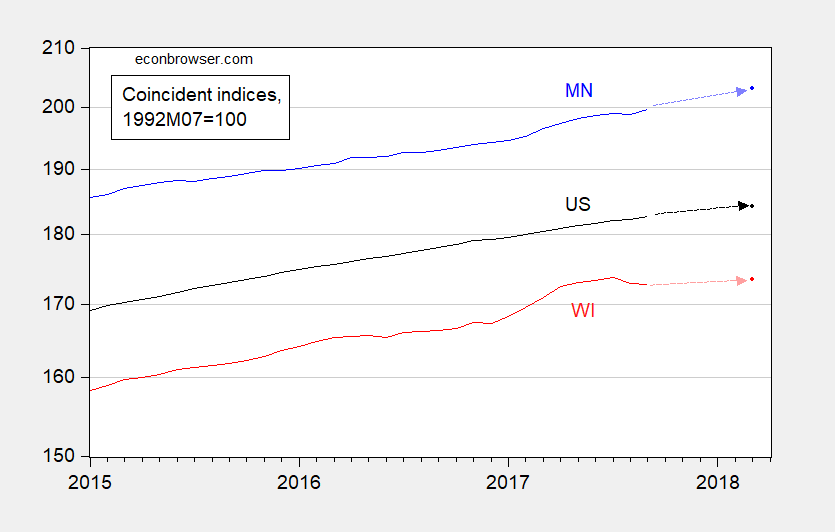 To be blunt, the outlook is flat.

Finally, what about the unemployment rate in Wisconsin? It has been rising since June 2017; it is now 0.4 percentage points higher than it was at its trough. My colleague Bruce Hansen has been producing forecasts for several years; his most recent forecast is for a further increase in the Wisconsin unemployment rate.

While this is not a Kansas-level calamity, it certainly does not look particularly bright. In any event, I’m not sure I agree with Governor Walker that the Wisconsin economy is on fire.