It looks even worse than shown in this post.

It might be interesting to take a longer view of Kansas’ economy: https://fred.stlouisfed.org/series/KSNGSP

2005-08 was a period of unusual growth for Kansas’ GDP while the 2009-10 recession was unusual decline. So, if you are using 2005-10, it may or may not be a good representation of what might be considered “normal” GDP change. Perhaps a better baseline trend might be prior to 2005. If, for example, PeakTrader’s point that wheat rose in price from $3 to $10 per bushel between 2005-09, perhaps the data could be “normalized” by looking at the prices for the prior and subsequent period for a better representation of the economy. 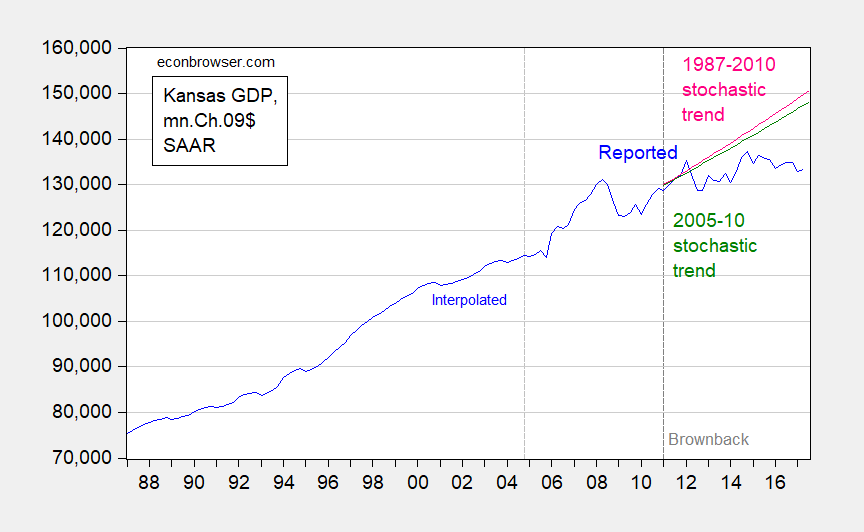 As the graph indicates, performance under the Brownback regime looks even more dismal compared over this longer trend.

So now Bruce Hall has his answer.

(By the way, if one were interested, one could estimate an error correction model of cointegrated Kansas GDP and US GDP, with one lag of first differences, up to 2010Q4, and then dynamically forecast over the 2011Q1-2017Q3 period using ex post realizations of US GDP. Kansas GDP would then by 5.8% lower than predicted, in log terms.)