Back in mid-December, Political Calculations asked if California was in recession. Following Monday’s state-level employment release incorporating benchmarked data, we have a better idea of the answer — it’s likely no. 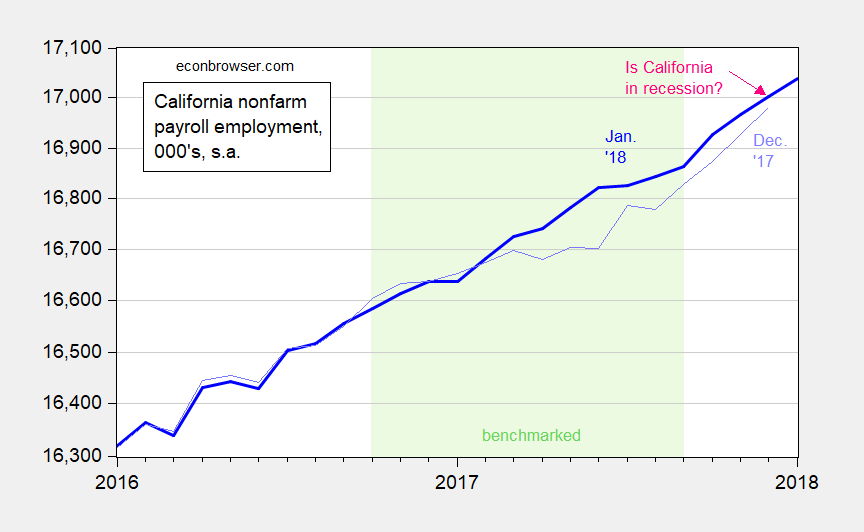 As one can see, there was a stall in employment in April 2017 in the pre-benchmark revision series; that dip has been revised away. It is possible the October-January data will eventually be benchmark-revised to show a dip, so that maybe a recession occurred in those months. However, for now, a California recession in 2017 seems unlikely.

Another post by Political Calculations highlights “California’s lackluster 2017”, based on GDP statistics. Doing a corresponding calculation with updated employment data reveals an outperformance by 2017’s end. 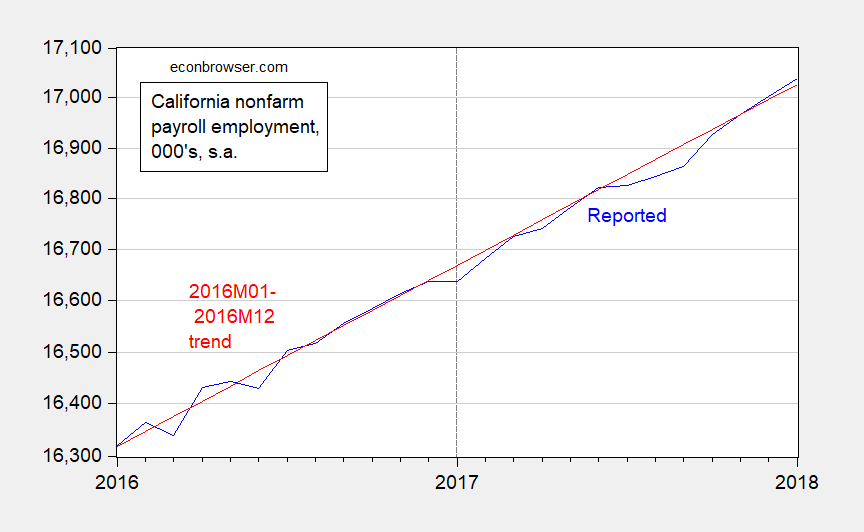 5 thoughts on “Is California in Recession? (Part IV)”