I’ve seen the argument that China’s tariffs on soybeans will have no effect because the soybeans will be relabeled so that US soybeans go to Europe, and soybeans that previously went to Europe go to China, evading Chinese tariffs on US soybeans. John Cochrane makes this point. This seems to have surface appeal in a world where transport costs are zero, and there are no set-up costs to establishing new trading links. Still, I sensed that this conclusion must rest on some assumptions, including for instance infinitely elastic supply. I decided to investigate further.

For the sake of argument, let’s assume zero transport costs. What does formal modeling say? This was beyond me, fortunately I didn’t have to re-invent the wheel. From Gardner and Kimbrough, “The economics of country specific tariffs,” International Economic Review (1990):

[W]hen the favored country’s free trade production of home importables is large enough the imposition of a country-specific tariff will alter the pattern of world trade but will not affect relative prices or welfare levels throughout the world economy. When this condition is not satisfied a country-specific tariff has an impact that is equivalent to that of a uniform tariff plus a production subsidy in the favored country that is paid for by a transfer from the home country.

In this context, China is “home” and the “favored country” is Brazil or Argentina. Then Cochrane is correct — if the Brazil or Argentina is a sufficiently large low cost producer, then the country-specific tariff targeting the US merely re-arranges trading patterns.

However, if neither Brazil or Argentina are the largest producer, or the US is low cost producer, then the tariff will lower world prices, and raise prices in China. What do the data say?

For costs, this 2016 USDA ERS report suggests that the US is neither the lowest cost, nor highest cost, producer. 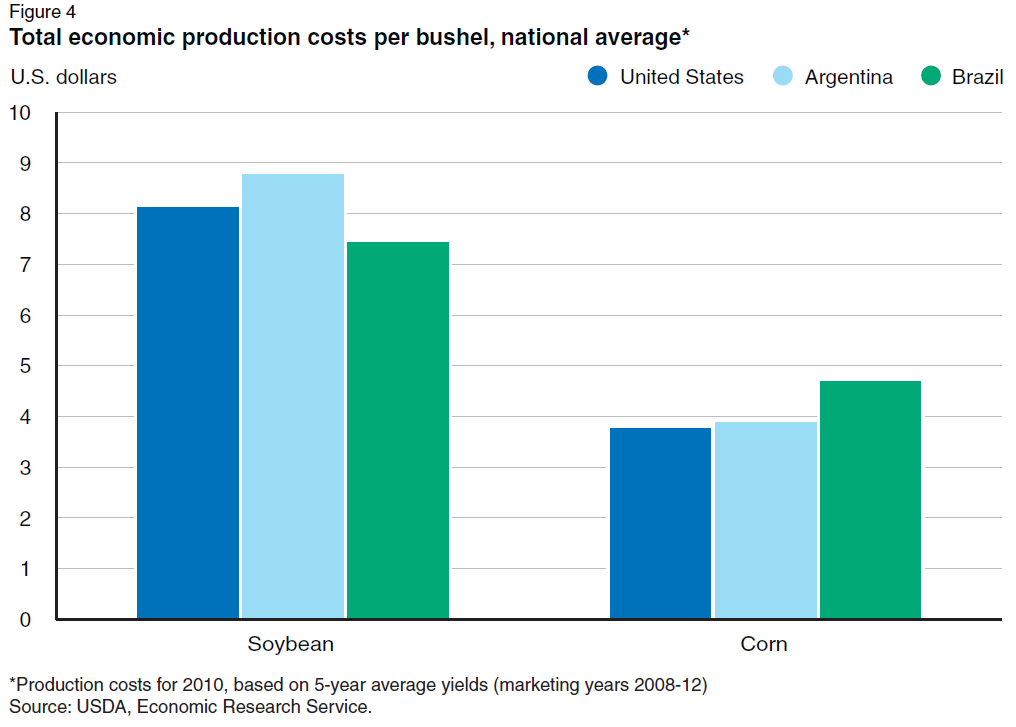 For production, it’s also close; from Reuters via The Burning Platform. 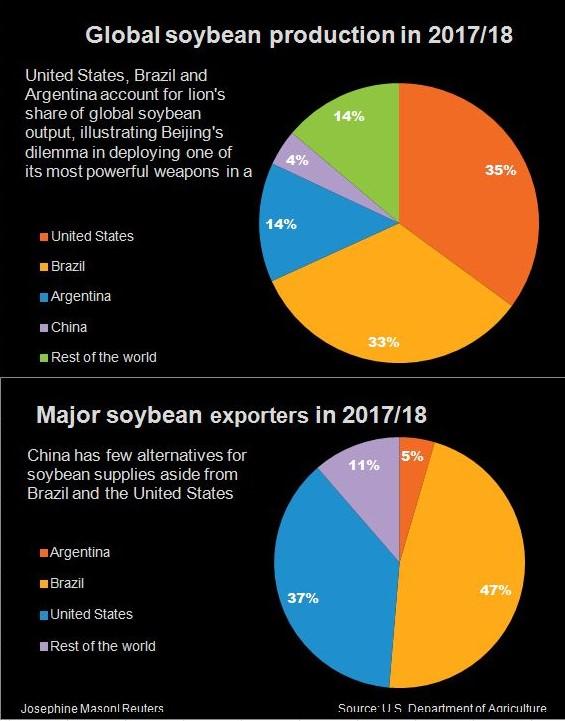 36 thoughts on “Are Soybean Tariffs Irrelevant?”