In light of China’s unfair retaliation, I have instructed the USTR to consider whether $100 billion of additional tariffs would be appropriate under section 301 and, if so, to identify the products upon which to impose such tariffs.

I’ve borrowed a graph from Alec Phillips and Andrew Tilton, and added the $100 billion figure to place in perspective what this would mean. 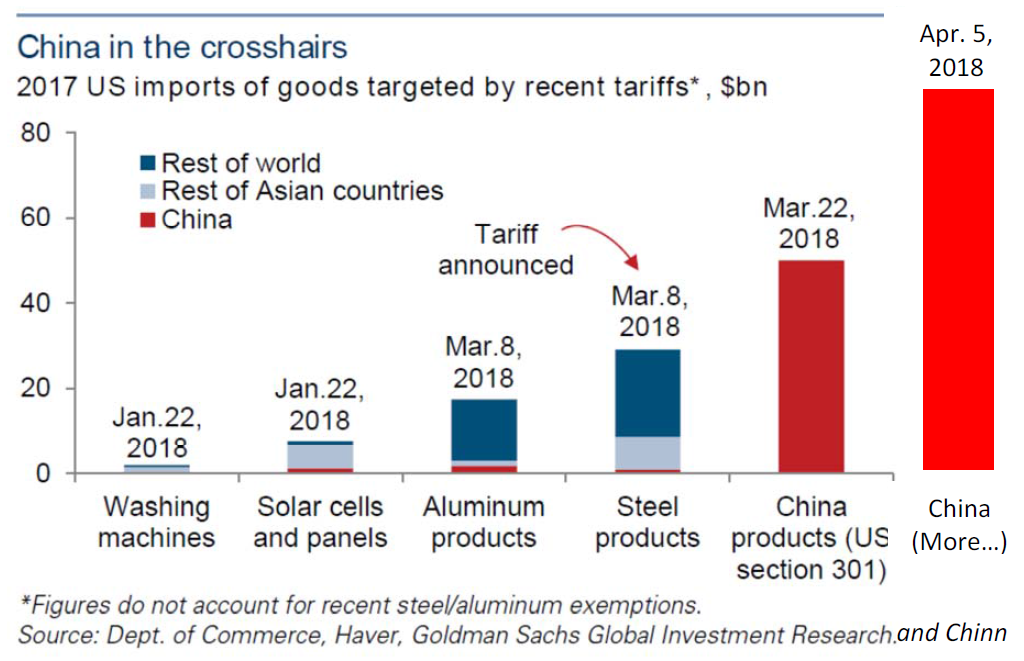 One has to wonder if this directive will add to the dustbin of other unfulfilled directives, but if it were to actually be implemented, this graph is useful to place in perspective the impact. 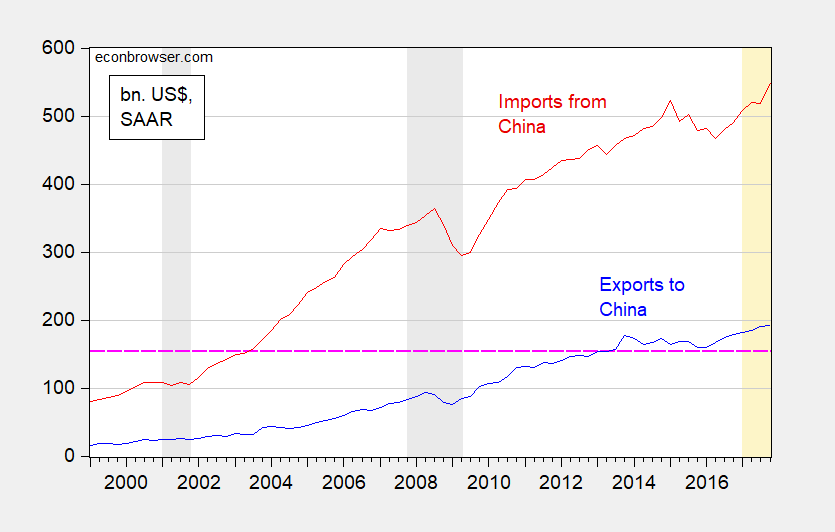 Roughly 1/3 of imports would then be covered by sanctions (on top of what is already covered by antidumping duties not noted in the first figure). Two observations:

In other words, risks abound on both sides. The question is really which side is willing to endure more pain (including the pain of losing face).

I was interviewed today by WPR, and asked whether the $50 billion Section 301 tariffs were merely a negotiating tactic. Mr. Trump’s latest utterances make me think more and more there is very little cunning strategic calculation behind his directives.

66 thoughts on “Is There a Pattern? Trade Sanctions on China”