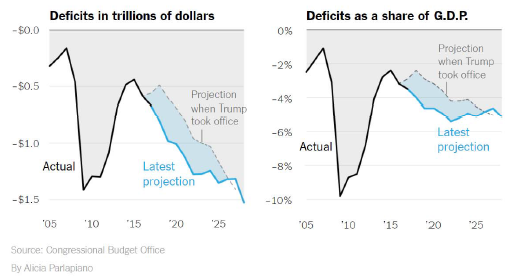 these estimates include macro feedback effects (i.e., dynamic scoring). So much for tax cuts paying for themselves (if anybody ever really believed that).

108 thoughts on “The Budget Deficit Outlook, Post-TCJA and Omnibus Budget”