I keep on hearing about the supply-side miracle associated with the the Reagan era tax cuts. What do changes in estimated potential versus actual output suggest? 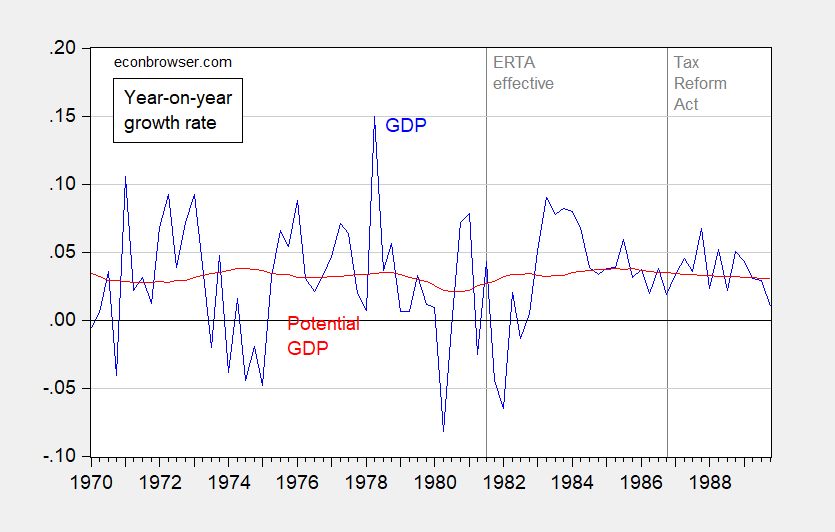 The variation in actual output clearly exceeds that of potential GDP, suggestive of a nonvertical aggregate supply curve. (It’s also interesting to see that potential GDP growth was accelerating before the enactment of the first Reagan tax cut; it also decelerated after the 1986 Tax Reform Act.)

Now, it could be that CBO mismeasured potential GDP. Is there another way to determine whether supply side or demand side effects dominated? The answer is yes: examine the covariation of the price level and output.

Consider first what inflation adjusted by expected inflation did, vs. GDP growth. 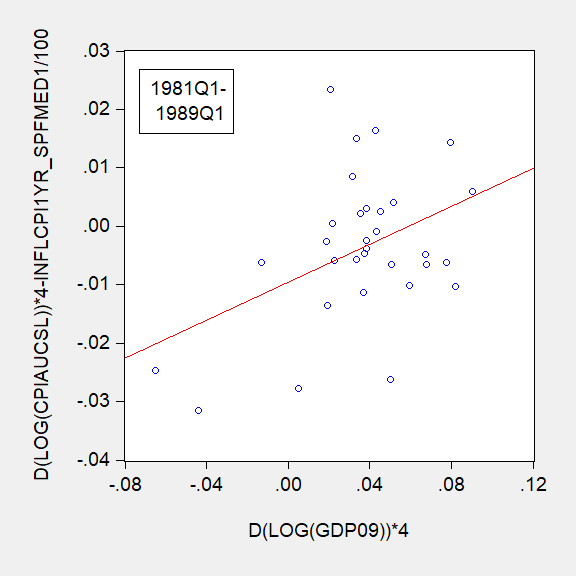 Notice the upward slope in the scatterplot. Now, second, consider what the pattern of observations would be if the supply side scenario of an outward aggregate supply curve shift occurred (Figure 3); potential GDP Yn increases to Y’n. 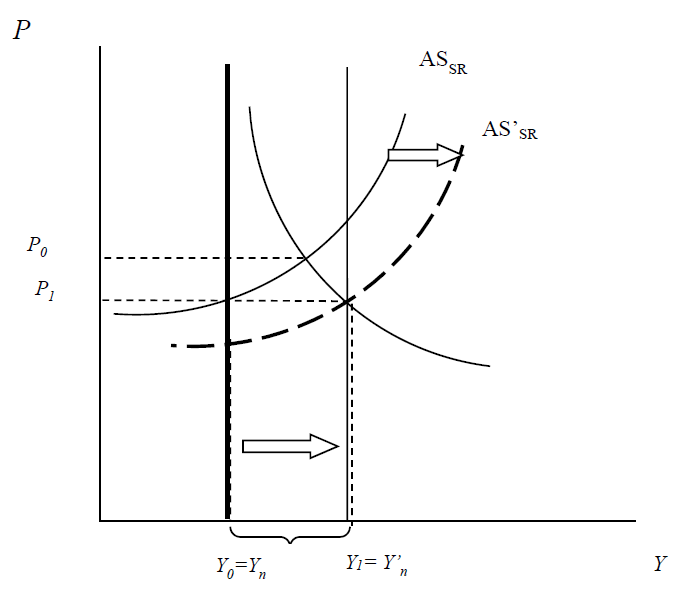 The observations would line up along a downward sloping line, corresponding to movement along the aggregate demand curve.

Third, if the aggregate demand curve shifted, it would trace out an upward sloping line, corresponding to movement along the short run aggregate supply curve, as shown in Figure 4. 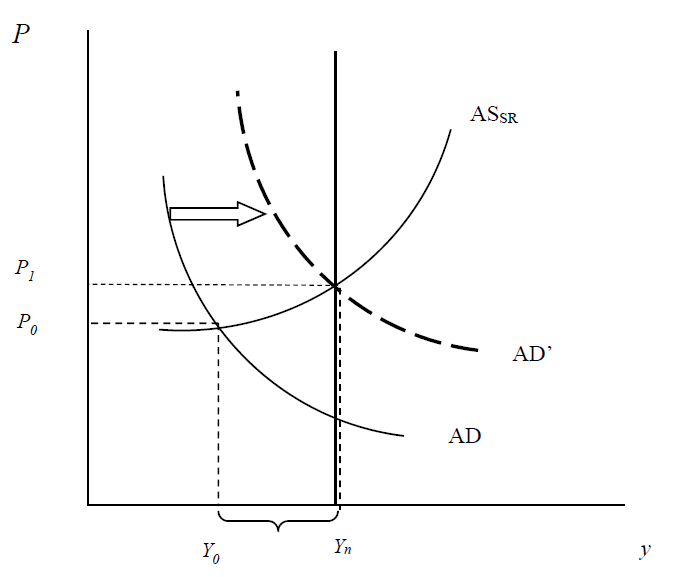 This set of outcomes does not deny the existence of some supply side effect — the dots in Figure 2 don’t line up exactly on a straight line — but the overall pattern seems to be more consistent with an AD shift from the tax cuts and spending increases (combined with monetary policy relaxation) as opposed to a supply-side scenario as laid out by Wanniski and Laffer.

Things to keep in mind as we consider the likely consequences of the Tax Cut and Jobs Act.

Update: Bruce Bartlett, who was there at the inception, reminds me of Barry Ritholtz’s review of Reaganomics. See also Bartlett’s piece on the subject.