Back in mid-December, Political Calculations asked if California was in recession.

The release of May state-level employment and coincident index figures provides an opportunity to revisit this question — it’s likely no recession occurred.

First, the coincident indicators for California and US: 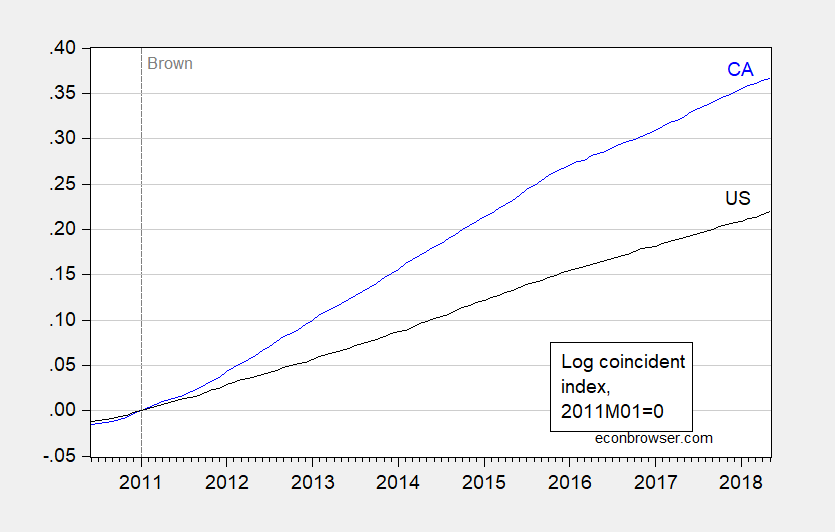 Figure 1: Log coincident index for California (blue), and for US (black), normalized to 2011M01=0. Source: Philadelphia Fed, and author’s calculations. 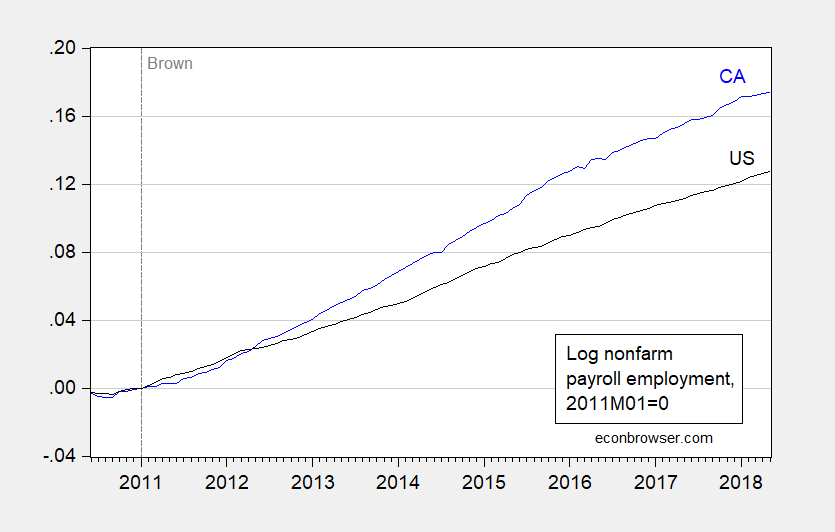 Figure 2: Log nonfarm payroll employment for California (blue), and for US (black), normalized to 2011M01=0. Source: BLS, and author’s calculations. 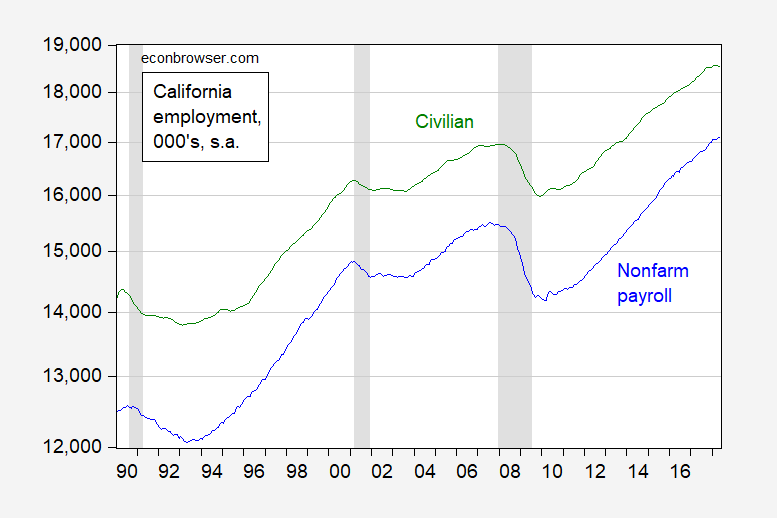 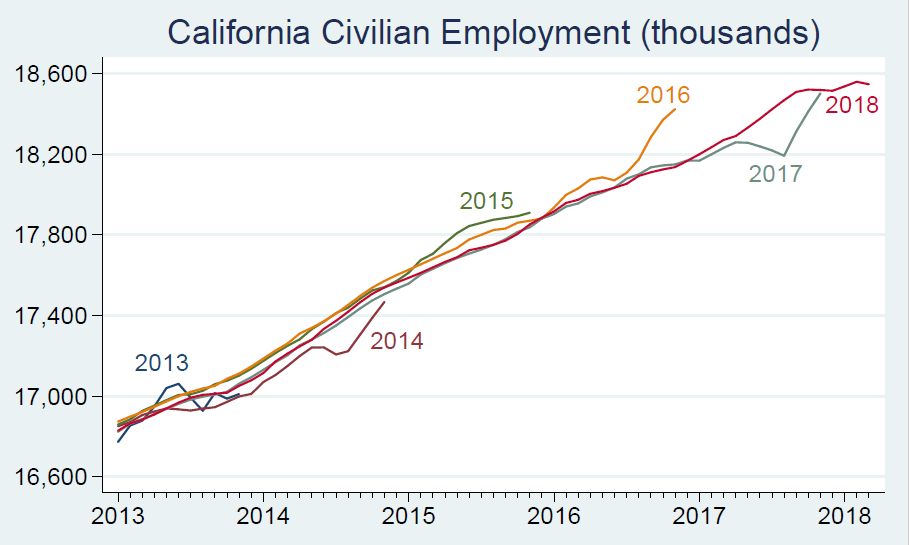 As is obvious, there is tremendous variability in the different vintages of the household employment series, which makes it ill-advised to place too much weight on these series.

Month-to-month volatility distracts from the underlying strength still evident in California’s year-over-year payroll growth. All of the Golden State’s major industry payrolls are up over the year, except other services. Manufacturing payrolls are expanding solidly after languishing for much of 2017. Industrial machinery, computer and electronic products, semiconductors and motor vehicle producers are all expanding payrolls solidly. Construction employment is growing across California, with residential building and nonresidential building expanding payrolls along with heavy and civil engineering and specialty contractors. A push for more affordable housing in California’s major metro areas is fueling construction in most of California’s larger metro areas and is also spurring more development in the Inland Empire and Central Valley.

Of course, all bets are off going forward, as California is a steel using, export oriented state, and Mr. Trump seems intent to damage both of these sectors.

56 thoughts on “Is California in Recession (Part VII)”