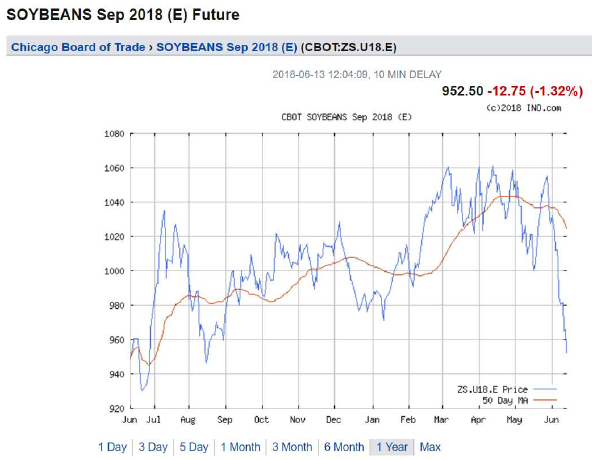 Note that the peak was in early March, just as Mr. Trump hinted at Section 232 tariffs on aluminum and steel. This additional pain is unwelcome, given that even as of March, soybean prices were some 40% below their mid-2012 peaks.

Anxiety Rising In US Farm Circles On China Trade
The U.S. has signaled it will make its intentions known by Friday on duties on some $50 billion in Chinese goods over intellectual property issues.

U.S. ag interests like the American Soybean Association (ASA) are planning a full-court press to try and convince the administration to not take actions that would negatively impact U.S. soybean and other ag trade as China has threatened to respond with retaliatory trade actions against U.S. products like soybeans and other ag goods.

It’s not clear whether the U.S.-North Korea summit was enough to have the U.S. willing to hold off on imposing sanctions against China. But there are also still likely other steps in the process before U.S. sanctions go into place.

The U.S. has to publish a formal determination on the duties in the Federal Register, with up to 30 days after that point for the duties to come into effect. Plus, indications are the Trump administration is studying taking up to another 180 days before putting the duties in place.

As a reminder, here is a map of soybean production. 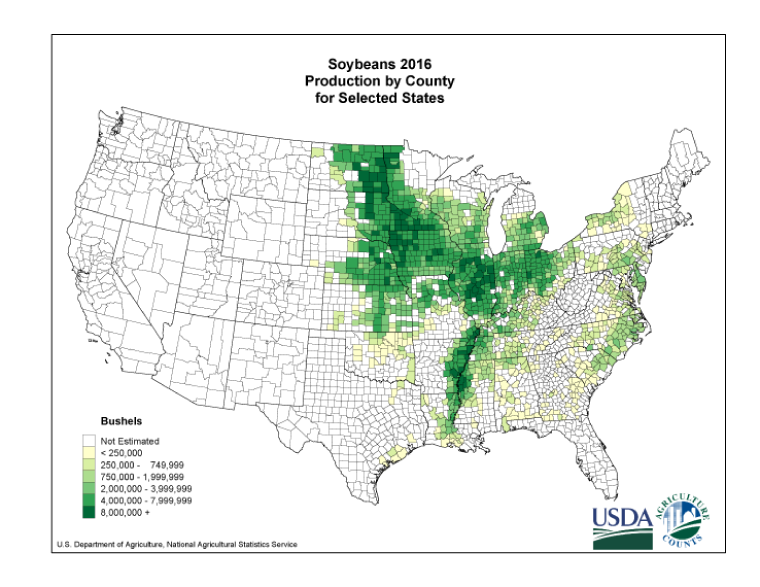 45 thoughts on “Meanwhile, Back in Iowa”