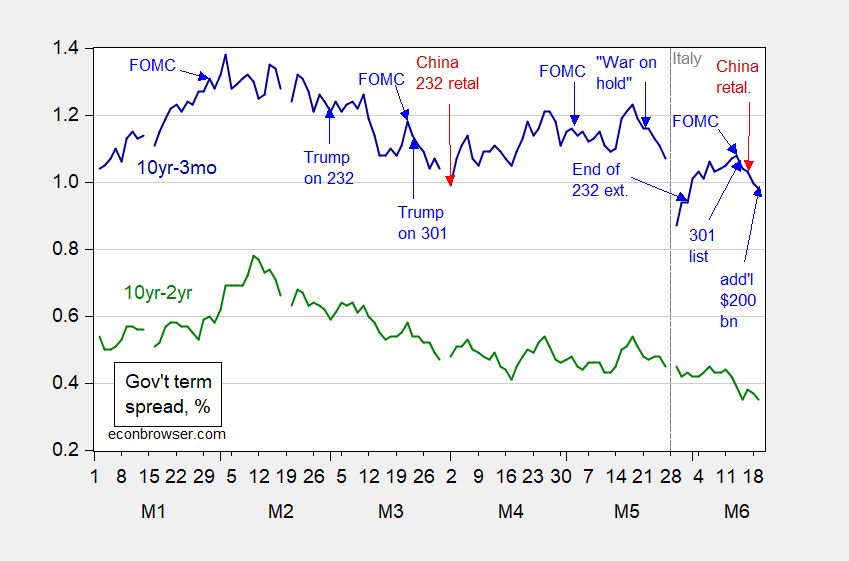 In other words, term spreads continue their downward march, albeit influenced to some degree by safe haven effects. For the most of the observations, except for the Italy event, I think the safe haven effect is not dominant. In Figure 2, I show the 10yr-3mo spread and the VIX to verify this assertion. 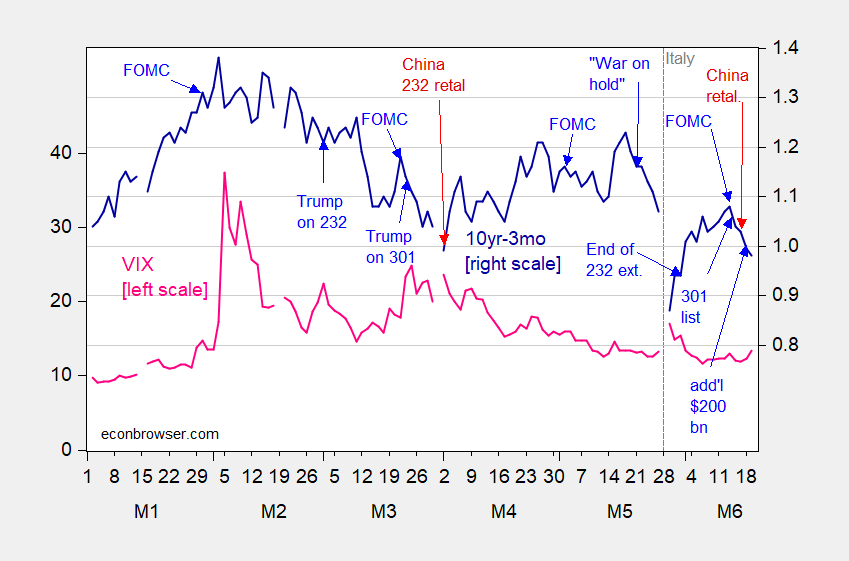 To me, it seems that the more recent negative trade announcements seem to be associated with spread reductions; earlier ones (like the initial reference to Section 232 on aluminum and steel) had less impact.

To some extent, it is hard to see a macroeconomic effect from a mere $50 billion worth of imports being hit by tariffs. However, $200 billion on each side, if it comes to pass, does start getting into “real” money, particularly if it brings a lot of elevated economic and policy uncertainty.

On a side note, I’ve recently heard about yield curve inversion and the 10yr-7yr spread (e.g., here). I’ve honestly never heard of any particular predictive power of this spread, but for completeness, here’s the graph. 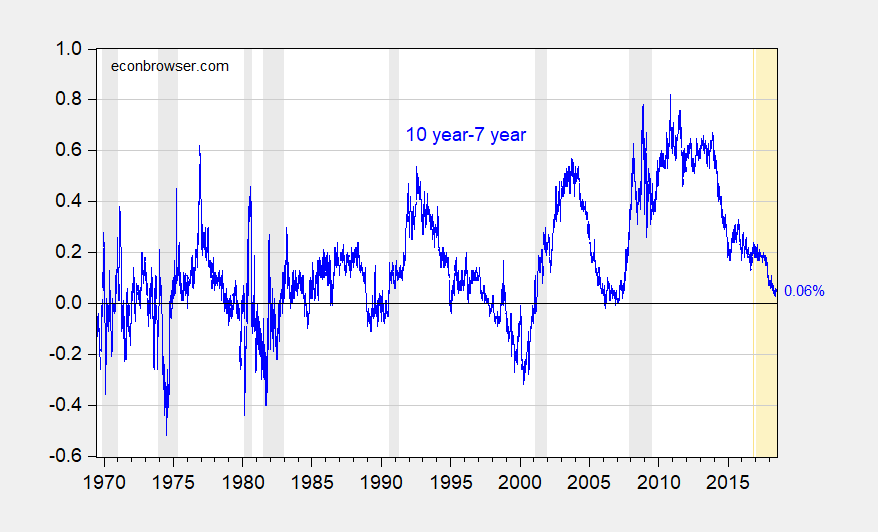