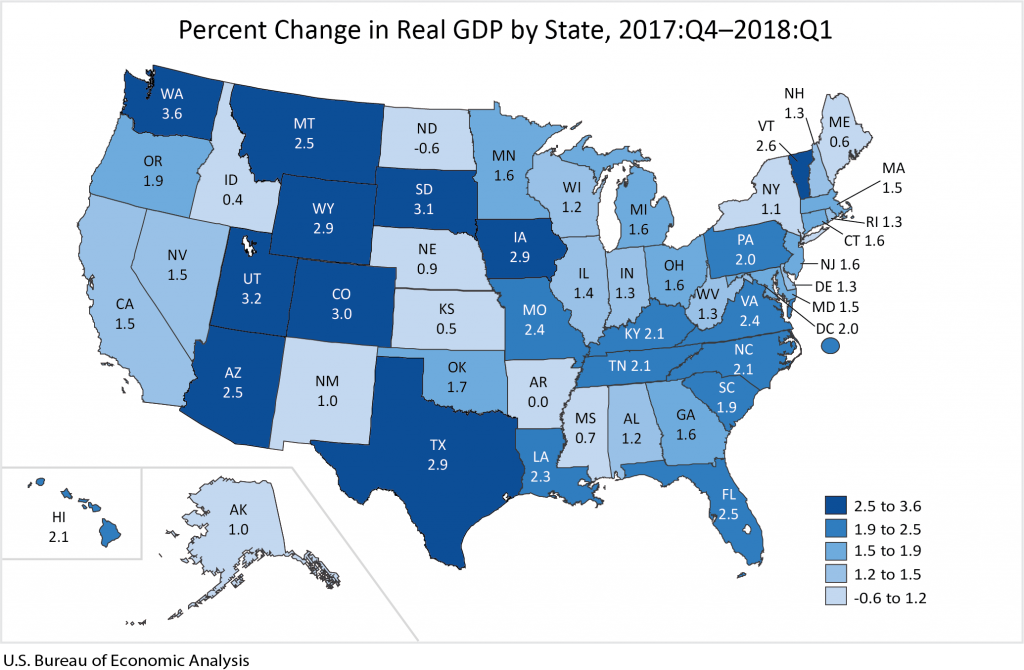 Here is the performance of four states I’ve been following, compared against the US. 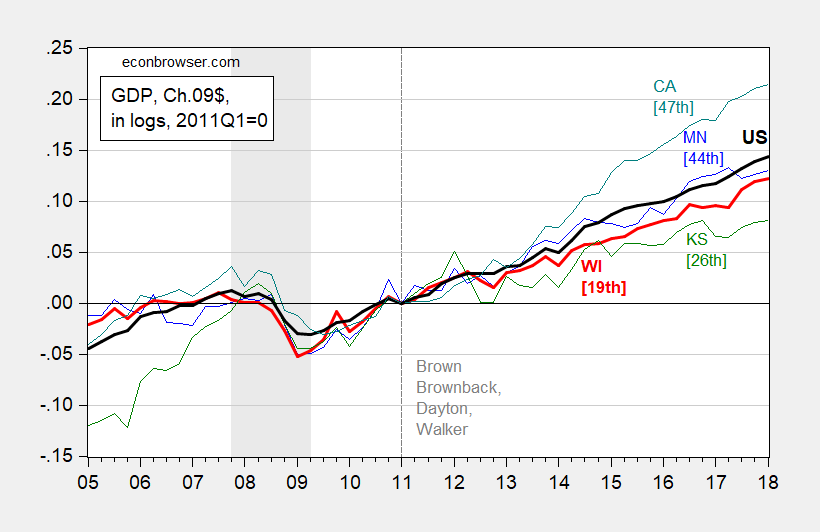 Notice the lack of correlation between performance and ALEC ranking. Wisconsin, ranked 19th by Laffer-Moore-Williams, lags 47th ranked California. This outcome is representative of a more general pattern, as discussed in this post.

It is interesting to note there is no apparent recession in California, at least using the two consecutive quarters of negative growth rule-of-thumb, contra Political Calculations. More on this in a soon to come post.

23 thoughts on “A Study in Contrasts: Four States Q1 GDP”